Why the British working class voted for Brexit

As unemployment rose, the competition increased and immigrants were seen as foreigners profiting from the EU guidelines.

The policies starting with Margaret Thatcher on till Tony Blair and the now defeated David Cameron hit the British working people and especially the working class very hard.

The National Health Scheme was partially dismantled, high fees were introduced in British universities and colleges for the first time, and EU quotas for British fisherfolk and other working class occupations, alienated many from the Tories. 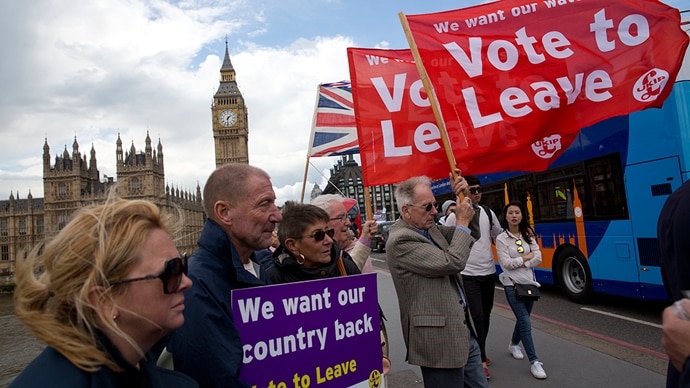 Of the first eight regions in the North-East of England to be counted, seven voted heavily to leave the EU.

Post June 16, I had an increasing feeling talking to Londoners from the working class and middle strata, that more and more of the people were dissatisfied, even in London with the neoliberal policies.

Jeremy Corbyn, an EU skeptic was forced by the Right wing Blairites in the Labour Party, to give critical support to the EU.

Much has been said about immigrants as a pivotal issue. But this is only a offshoot of the hated austerity policy.

As unemployment and underemployment rose, the competition increased for viable jobs, and immigrants were seen as foreigners profiting from the British state following EU guidelines.

A serious threat perception of the extreme pressure the EU, the Euro Bank and Angela Merkel put on Greece, to the extent of forcing the ruling Syriz a party to agree to change its civil justice system and ban any political influence on the economy, alarmed many in the UK.

This was a significant reason for increased support for Brexit. The large numbers of references to German hegemony in the EU definitely impacted Brexit voters.

Of the first eight regions in the North-East of England to be counted, seven voted heavily to leave the EU.

In Hartlepool, a seaside town, 69.5 per cent voted to leave. In Wales, the first 10 local authorities to declare  voted for leave.

More affluent areas like Liverpool opted to remain by 58 per cent to 42 per cent, while the votes in inner London were greater still, with a serious of boroughs voting 75 per cent or more to stay. Oxford voted 71 per cent to remain. Interestingly, the usual debates involving Oxford dons on the issues of moment were absent.

Scottish voters were notably choosing to remain in the EU, though some turnouts were not as high as expected with 54 per cent remain votes.

Even politicians were fooled by fluctuating voting trends. At the beginning of the counting, some more or less conceded defeat for the leave camp. Leading politician Nigel Farage, for example was swayed by a post poll survey predicting a small but comfortable victory for the remain camp.

But an early result, that of Sunderland with a huge 61 per cent leave vote, which was much more than expected, made him think again.

The fact that the turnout in the referendum was a very high 72 per cent, well above the 66 per cent in the 2015 general election, despite inclement weather in parts of London and other areas of Britain, is striking. Thus the leave camp defeated the remain camp by more than 1 million votes, and by 52 per cent to 48 per cent of the votes, a sizeable margin.

Corbyn's critical support to the EU, demanding democratisation of the EU and acceptance of a more favourable economic policy including, jobs and environment, on the ground, was not enough to bring disenchanted Labour voters, including the working class, to the remain platform. This was a major issue in the EU campaign. Tempers were also high even among seasoned politicians.

Most blunt of all was Labour's shadow leader of the House of Commons, Chris Bryant who said of his former boss former leader Ed Miliband, "I might go and punch him because he's a tosspot and he left the party in the state it's in."A substantial number of Labour supporters did not vote. But a deliberate boycott of voting, is a political act, involving the economic future of Britain. Austerity was defeated, not just the Tories.

However, the most important event apart from Brexit was the announcement by David Cameron on Friday, June 24.

Taking responsibility for the defeat of the remain campaign, Prime Minister David Cameron decided to resign from his post by October 2016. There are likely to be other serious problems. However, before the EU referendum, the Scottish nationalists had warned that they would not leave the EU.

The Scottish political parties warned that they would hold a second referendum on independence from Britain. Alex Salmond, a SNP leader and Scotland's former first minister, insisted that "If there was a leave vote in England, dragging us out of the EU, I'm quite certain...(we) would implement the SNP manifesto."

In Wales, Leanne Wood, the separatist Plaid Cymru leader stated that Brexit would probably prove a boost to her party. She reiterated that she had always said it was in Wales' best interest to stay in the EU, "but you must always look for opportunities."

At this rate, the British may be free from bureaucrats in Brussels interfering in their economic policies, but this may be at the cost of losing Scotland and Wales. Britain might be free from the EU, but may not any longer be "Great" Britain.

#European Union, #Brexit
The views and opinions expressed in this article are those of the authors and do not necessarily reflect the official policy or position of DailyO.in or the India Today Group. The writers are solely responsible for any claims arising out of the contents of this article.