Even as a triumphant Budget is announced, the data backing several government claims is deeply worrying, as it shows the politicisation of statistics to suit narratives and overlook ground realities.

It is well known that jobs in India are few. The country’s unemployment rate stands at 7.8 per cent in urban areas, as compared to 5.3 per cent in rural areas. The labour force participation rate — the proportion of the population working or seeking jobs — has meanwhile declined to 36.9 per cent in 2017-18 from 39.5 per cent in 2011-12, as reported by the National Sample Survey Office (NSSO) data approved in December 2018.

Prior to this period, the last NSSO unemployment-employment survey was only released in 2011-12.

The first annual survey undertaken by the NSSO for the year ending 2018 (July 2017-June 2018) would have covered both the pre-demonetisation and post-demonetisation periods. This turned out to be a major lapse. This data could have assessed the repercussions in an economy where 86 per cent of the currency was demonetised. This data would have shed light on the precise joblessness and unemployment in the Indian economy. 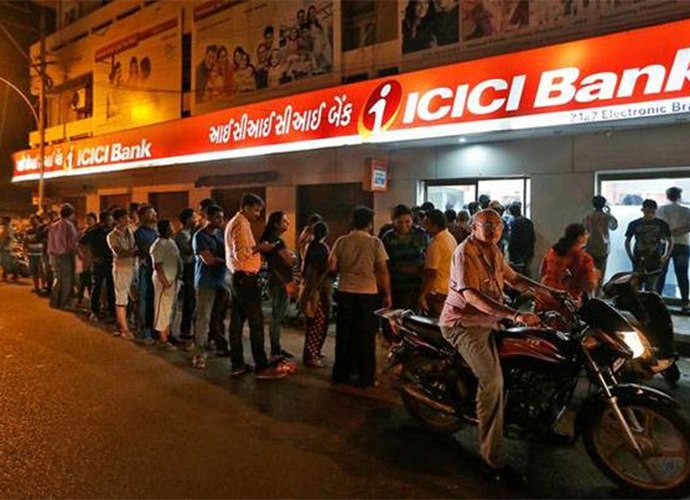 The days of those queues: The impact of demonetisation on employment needs serious statistical study. (Photo: PTI)

Surely, a serious lapse — and arguably, an important one, given the complexities of demonetisation.

However, there is a firestorm over data in the NITI Aayog and the National Statistical Commission (NSC) meanwhile, as the NSC Chairman PC Mohanan, who resigned earlier this week apparently because the report was not released, rebutted the claim that this was controversial and told media that it was the “final report” and needed no further approval.

Mohanan and Meenakshi cited the withholding of the publication of the NSSO’s employment survey for 2017-18, and an apparent lack of consultation with the Commission before releasing the backdated gross domestic product (GDP) series last year, as some of the key reasons for their resignations.

Clearly, there are serious problems between the NSC/NSSO and the Niti Aayog.

But the Niti Aayog does not seem to have the same calibre of economists such as Professors Mohanan or Meenakshi. For the NITI Aayog to state that the NSSO Report was at a draft stage and not comparable, with Vice Chairman Rajiv Kumar insisting there is “lots of evidence to show that jobs have been created in the last four years”, shows the politicisation of the NITI Aayog, which, to my mind, seems eager to exaggerate the extent of job creation, despite the evidence cited by the NSC and NSSO. NITI Aayog head Rajiv Kumar is upbeat on jobs — but is he even right? (Photo: Twitter)

There have been other conflicts in the economic bodies.

The government released the GDP back series through the NITI Aayog in November last year — but did not apparently involve the NSC in the consultation process, which did not go down well with NSC members. Besides, they claim that the Economic Census was launched without involving the NSC.

Their resignations are the most telling rebuke yet of the NDA’s apparent politicalisation of national statistics from within the establishment.

Many commentators, including economists, questioned the GDP back series data, which reduced the UPA statistical series numbers data to show these to be significantly lower than the later NDA back series data — reportedly thereby presenting skewed statistics, showing higher growth rates for the NDA, as distinct from the earlier UPA growth rates. Have the figures been skewed to make PM Modi look better than PM Manmohan? (Photo: DailyO)

This was, to my mind, clearly a politicisation of statistics for electoral purposes.

NSSO data shows that the 'CWS' — or 'Current Weekly Status' — approach of the NSSO periodic labour force survey (LFPS) indicates the unemployment rate stood at 8.9 per cent in 2017-18.

On the basis of the CWS method, the figures for the unemployment scenario are quite revealing.

Looking at figures for July 2017-June 2018, and using the “Usual Status Approach” (USA) and the alternative CWS approach, the economic impact of unemployment is striking.

Though the overall LFPR declines, even the low overall rate in 2017-18 is 36.9 per cent — showing a steady but slow decline.

Yet, the economists in the Central Statistics Office (CSO), perhaps with obvious interest in the Niti Aayog, have their own ideas.

Looking at the demonetisation period in 2016-17 (peaking in November 2016), when 86% of the currency was no longer valid, to claim, when most liquid currency reserves were frozen, that GDP was 8.2% is untenable — and indeed, even farcical.

From the NSC, NSSO to CSO, there is a crying need for much more supervision of the economy, and firm control of the political suppression of financial data, to arrive at any false conclusions.

Our people deserve a better, more buoyant economy than the present.

#Budget 2019, #Jobs, #Piyush Goyal, #Narendra Modi
The views and opinions expressed in this article are those of the authors and do not necessarily reflect the official policy or position of DailyO.in or the India Today Group. The writers are solely responsible for any claims arising out of the contents of this article.