Dear Mr Modi, will you please speak up! The nation wants to hear you on key issues

An inspector has been killed in Bulandshahr allegedly in violence over cow slaughter. Had the PM acted strongly against such incidents when they started becoming a norm, perhaps this wouldn't have happened.

Narendra Modi took oath as the Prime Minister of India on May 26, 2014, after selling people a million dreams in the form of lofty slogans such as 'Na khaunga, na khane dunga', 'Mujhe pradhanmantri nahi, chowkidar banao', et al.

Many more such catchy and witty one-liners, which eventually struck a chord with voters, were dished out, resulting in an enormous ‘Modi wave’ (as his followers love to call it). Elections in India are a huge celebration of democracy and many young people were discovering the same in 2014.

My sister, who had just turned 19 in 2014, was so excited and overridden by a sense of responsibility towards the country that she decided to cover 850 kms back home and cast her vote.

Two days before polling was to happen in Jammu, to which we belong, my sister and I packed our bags from Jaipur and boarded the only train that connects the Pink City to Jammu.

On our way home, I remember discussing politics all along and trying to explain to my younger sibling just one thing — ours is a parliamentary democracy, hence, we cannot directly elect Narendra Modi as the Prime Minister.

Eventually, I failed to convince her.

She seemed to be highly under the influence of all the posters reading ‘Vote for Modi’, which she saw all across.

After hours of debating, I realised she had made up her mind and convinced herself that she wasn’t casting her vote for the BJP, but for Narendra Modi.

In 2014, the BJP sought votes directly in the name of Narendra Modi. (Source: Reuters)

In all elections until 2014, parties put up posters of their senior and popular leaders to attract voters.

But now, India was seeing a new trend in which a party was asking people not to vote for the party or its nominated candidates, but only for one man — Narendra Modi.

The BJP tried to encash on Modi’s ‘chaiwalla’ image, poor economic backgrouund, the hardships he had faced to attain success and everything else that an average Indian, across age differences, can relate to.

When the BJP declared Modi as its Prime Ministerial candidate, it became evident that the image of a struggler the party sold to the voters, found resonance.

People thought that Narendra Modi was one among them and not an elitist, that he would turn out to be ‘the accessible Prime Minister’, who would take care of the needs of the people. People expected that Modi would be accountable and answerable, directly to them.

Unfortunately, none of this was going to happen.

The silence of the Prime Minister in these four and a half years is comparable to the lull that pervades winter evenings — both depressing and infuriating at the same time.

As innocent people were lynched to death, BJP ministers garlanded the accused, dignified their inhumane deeds to make them look like acts of valour. This went on to embolden gau rakshaks (as they call themselves) to the extent that a policeman in Bulandshahr was shot on Monday  allegedly by cow vigilantes. Union minister Jayant Sinha with lynching convicts at his residence after they were released on bail in Ramgarh, Jharkhand. (Source: TV grab)

Had the Prime Minister strongly condemned such acts when the time was right, and ensured they didn't repeat themselves, Inspector Subodh Kumar Singh would have been alive today.

Lynching and mob violence are not the only issues which has been allowed to fester because of the PM’s silence. He also chose to remain quiet while businessmen who have looted the exchequer then found safe havens on foreign soil.

One such fugitive, Nirav Modi, was spotted earlier on in Davos with the PM. Some time later, his banking fraud came to the fore. 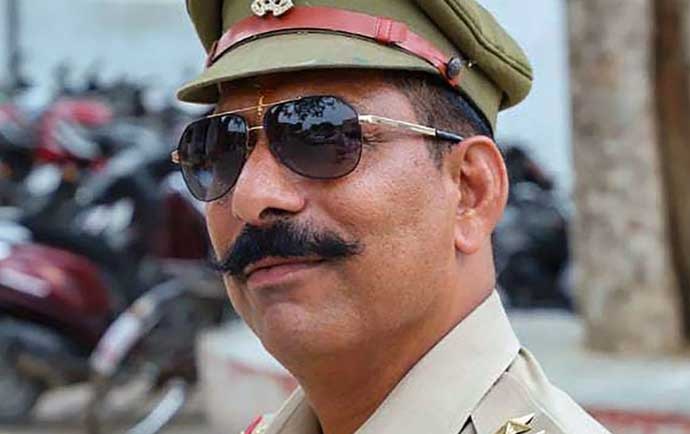 While people lost their lives due to demonetisation, the PM failed to utter words of solidarity.

When the noteban has been declared an economic blunder by leading economists of the country, shouldn’t the PM have apologised to the country for the move?

Now that almost every data and research has shown that demonetisation failed miserably, the PM continues to remain silent.

Farmers, whose situation is so desperate that they are forced to commit suicide by the hour across the country, marched barefoot to the capital, some bearing skulls and bones of their dead farmer friends, yet the Prime Minister found no time to address them.

The PM has not even uttered words of relief for the widows and wailing mothers of the soldiers being martyred every day along the borders because of India’s soft stance against enemy nations.

Please wake up and smell the coffee. Talk to us, to the country, to millions who placed you on the pedestal of the Prime Minister of this great country. You assured the nation, you are one among us – a chaiwalla — but your apathy towards the people’s plight appears like a betrayal that the masses won’t forget when they set out to vote in 2019.

(Views are the author's own and not the Congress party's.)

#Narendra Modi, #Lynching, #Inspector killed, #Subodh kumar singh
The views and opinions expressed in this article are those of the authors and do not necessarily reflect the official policy or position of DailyO.in or the India Today Group. The writers are solely responsible for any claims arising out of the contents of this article.

Author is a lawyer working for women and child rights. Spokesperson for the Indian National Congress.