Elections in India are usually fought on emotive issues. Only when these issues are relevant and emotive do they end up becoming electoral trump cards. "Riding a Tiger" definitely needs courage. Desperate courage. However, political history is not exactly replete with examples of it having done anyone any good. On the contrary, it has caused much self-harm and heartbreak. Thanks to the political outlook of its ruling class, now Uttar Pradesh may be heading in that direction.

That a simple rumour of cow meat being found in jungles bordering Bulandshahr leading to such fury being unleashed is anything but normal. It is just a precursor to the impending implosion. Nobody bothered to verify, cross-check. Nobody waited for the law to act. In a short hour, a violent, armed mob organised, and an on-duty police officer was shot dead in broad daylight. A bystander died too. Hopefully, the inquiry will answer the questions. 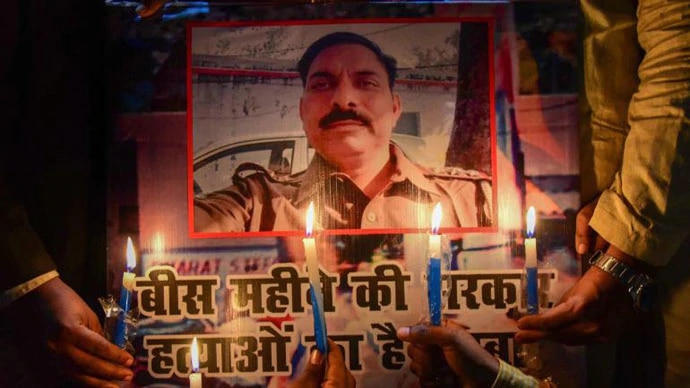 What led to the simmering anger boiling over is not far to seek. Off late, the political discourse has gone coarse, to say the least. Consistently, a them versus us picture has been painted, a wedge has been driven between communities. A part of what can happen when such utterances stem from those in power showed itself in Bulandshahr.

The public displayed no faith in the pro-right, pro-Hindu, Yogi Adityanath government or its administration. A beef rumour led to massive mobilisation against the police-administration, law and government. Either that or the incident has a more sinister underbelly. Either way, it does not augur well for the society.

If you feed extremism – in thoughts, ideas and actions – it will eventually feed on you. Segregation along religious lines can be politically profitable for a while, but there is a price to pay. Bulandshahr is a small window of what could happen. Is the human, societal and ethical cost of deep segregation defendable in a multi-cultural society? We need to answer it. With the general elections approaching, it is anybody's guess that such flashpoints would only be more frequent. The fury unleashed in Bulandshah was anything but normal. (Photo: PTI)

Hardliners will always pose a risk for democracies. The warning signs were there for all to see. Intolerance indicators were all very visible – on both sides. Yet no attempts at mollification were made. The demon of hate, distrust and intolerance got stronger. So strong, that today it refuses to listen to the masters.

Frankenstein – anyone? If someone really did abandon cow carcasses in the open, at least the Yogi government would come down hard on them – it is part of the government's stated policy. But the mob did not relent. The pent-up anger, the frustration does not need a trigger anymore. It just needs an excuse. It does not have any specific targets. A simple mischievous rumour on social media platform unleashes murderous rage.

Is the genie finally out of the bottle?