Several local cops, including the senior superintendent of police, had to pay the price for their “failures”

Bulandshahr has been in the news for all the wrong reasons.

Ever since December 3, when all hell broke loose following the 'discovery' of a few cow carcasses in a village, eventually leading to the killing of a police inspector, the district has been a tinderbox. 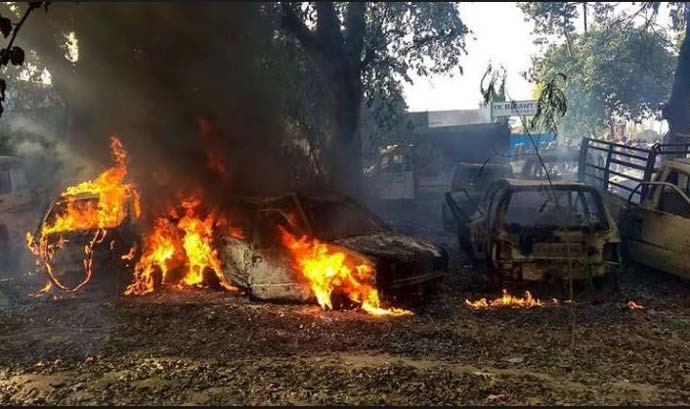 Since December 3, Bulandshahr has been like a tinderbox. (Photo: PTI)

Saffron-clad UP Chief Minister Yogi Adityanath’s apparent obsession with the cow seems to have complicated the issue far beyond logical limits.

The investigation began on the premises of 'cow slaughter', which was given so much currency by the state administration that the broad daylight brutal murder of a man in khaki became secondary. And to top it all, every few days, a fresh arrest is being made and described as the 'real catch', while the one pointedly named as the key culprit in the original FIR was apparently allowed to go scot-free.

Identified as Yogesh Raj, he happens to be an influential Bajrang Dal activist and, therefore, a 'holy cow' presumably for the administration.

The chief minister did not hesitate to let everyone know that his prime focus was on the alleged 'cow slaughter' and that the cop's killing was apparently only a ‘side story’.

What began with a video showing the Bajrang Dal activist Yogesh Raj as the key instigator against the cops soon went off-tangent to shift focus on an army soldier, Jeetendra Malik, who was on leave in the village. A massive manhunt was launched and, eventually, the jawan, popularly known as Jeetu Fauji, was picked up from his regiment in Jammu and booked for 'murder'.

However, it did not take long for the police to realise that they had dialled the wrong number.

Meanwhile, no serious effort was made to nab Yogesh Raj for days, even as he kept posting his own videos, claiming his 'innocence' on social media.

The accused individual continued to elude arrest for a long time, while the UP police was busy coming out with one or the other alibi for not being able to track him down. Visibly, there seems to be no political will to do so.

So, the blame is conveniently passed on to the cops.

Several local cops, including the senior superintendent of police, had to pay the price for their 'failures'. They were all shunted out of the district. And what figured quite significantly among the 'failures' was the lodging of the FIR against Yogesh Raj. More than the accused himself, there were many others in the portals of power who were ready to give him a clean chit at the very outset. No wonder all those cops responsible for booking the Bajrang Dal man were at the receiving end.

However, since the police inspector’s killing has brought the government under heavy fire from different quarters, someone had to be brought to book. The new SSP, Prabhakar Chaudhary, was reportedly entrusted with the task of solving the case and, very dutifully, he has apparently arrived at the conclusion that the cop’s murder was the handiwork of a local goon, identified as Prashant Natt, who has now been arrested. Quite interestingly, the killing of one of the reported rabble-rousers, Sumit, was also now being attributed to the 'newly discovered' culprit. 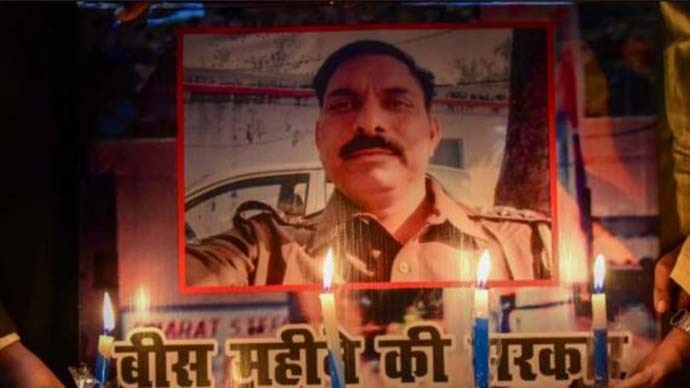 Chaudhary reportedly told the media in Bulandshahr, "Prashant Natt has accepted that he shot inspector Subodh Singh. We are interrogating him and expecting more facts about the incident to emerge."

The cops claim to have also zeroed in on yet another person who is believed to have snatched Subodh Kumar Singh's service revolver. However, neither of these two names existed in the First Information Report (FIR) initially filed by the local cops.

The affirmation with which the SSP claims to have worked out the case is quite reminiscent of how he had himself 'confirmed' barely two weeks ago that the killer of the cops was none other than Jeetu ‘Fauji’, who was already languishing in jail. It would be of no surprise if over a period of time, the police discovers yet another 'key accused'.

In any case, the hunt for the alleged 'cow killers' is also still on. Two Muslim boys, initially indicted by the cops, had to be ultimately released as they turned out to be innocent minors. The alleged efforts to frame them clearly went in vain as it became difficult to even concoct any evidence against the kids.

But the cops being Yogi Adityanath’s cops have to finally nail someone for the 'cow slaughter'.

We can be sure the exercise will not end here. It will carry on until a 'suitable' culprit is found.