When I first heard about the death of 22-year-old Kashmiri rebel Burhan Wani, I was on my way to a friend’s place. Unexpectedly, his death brought a feeling of extreme doom and a sharp pain in my ribcage. I went on to finish my day, all the while scrolling through news updates on my mobile phone.

As a Kashmiri, feeling sorrow over death is a natural response, as killings are not dehumanised in popular Kashmiri culture. There is a social demand that one must, at least, say a few words to express sadness. 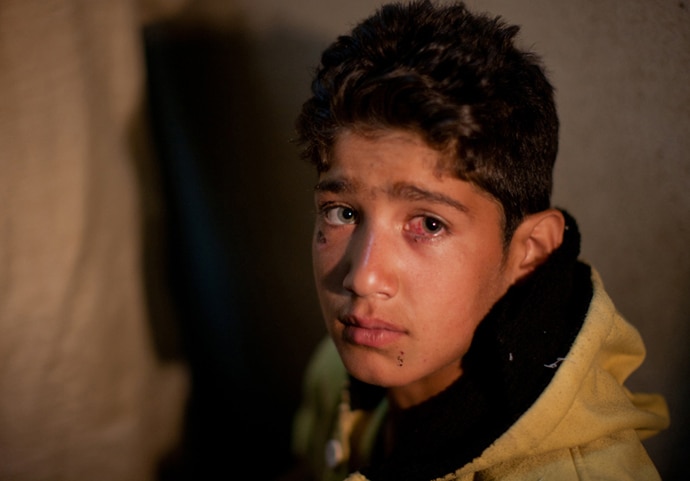 This sadness is in me despite the fact that there is a long trail of deaths that mark the public memory and one more won’t do so much for the historical cause of freedom. Yet, the feeling of absolute doom reigns over my analysis.

I spent the rest of the evening with my housemates in suburban Tehran, engaged in conversations about Burhan and protestor deaths that had begun to mount.

To be honest, I had never watched any of his videos or taken the Indian media's coverage about him seriously, because I couldn’t trust the construction of his political formation in the sensationalised reportage.

As a scholar, my research in Kashmir has taught me to discredit sensationalism around Kashmiri political figures. Thus, from my conversations in Kashmir, I was aware that Burhan has come to dominate the popular imagination because of his moral challenge to the Indian state.

The romance around his personality and its charisma swaying the young in Kashmir is an all-too-real and ignored aspect of his political figuration.

It is interesting these aspects of the discussion are considered irrelevant, foreign or mere extrapolations of the "terrorism" inducing thinking of Pakistan.

An extraordinary Kashmiri response on the streets shows I was not the only one to grieve. Kashmiris felt enormous grief, and the mammoth commemorations that followed were in line with the traditions of grieving in the Valley.

This grieving, which seemed unwarranted or unauthenticated from the state's point of view, must be presenting some grave challenge to the Indian state that it chose to resort to gunfire and pellets in response, which have killed more than 49 civilians and blinded 30 others at last count.

By the time I reached home that night, I was exhausted in forming coherent lines about what is transpiring in Kashmir. Only now has this event begun to create some very basic questions in me; most of these questions, perhaps, are a historical repetition, and need to be answered from a holistic point of view.

The Parliament session held on July 19, 2016 saw home minister Rajnath Singh  reiterating the current problem in Kashmir was Pakistan-sponsored, that Kashmiris were misguided about their rights and that he would ensure the Valley was guided the right way.

From this assertion arise two important questions: Why should Kashmiri political figures be treated as "misguided"? And how does the civilian grieving become a threat to India’s sovereignty claims in the Valley?

These two questions can evoke even more important questions such as should civilian grieving prompt the state to kill, maim, rape and sensor Kashmiri people? Why should the majority in India simply lap up these claims the state makes about Kashmir?

The sovereignty of India, historically, has functioned through exclusions or exceptions.

The Indian political culture is thus fraught with debates about Kashmir (see, for instance, in mainstream media) without allowing Kashmiris to enter such debate. In some exceptional circumstances, the debates that Kashmiris bring to the fore are often the debates that have to be sanctioned by the law of the Indian state.

Therefore, the question of Indian sovereignty becomes more basic than the question of law. Consequently, in the case of thousands of human rights violation cases, it’s the state that ultimately decides whether the law applies or not.

Take, for example, the cases of the Kunan and Poshpor mass rape, or the Gaw Kadal massacre that remain uninvestigated despite being documented by human rights organisations.

In India’s political culture, the Kashmiri is reduced to bare life. Law doesn’t apply and political action is termed "misguided". Instantly, a Kashmiri becomes one who can be killed, but not sacrificed.

The Kashmiri comes to signify the process of brainwashing: a mere body that has no capacity to think and reflect, and is full of vengeance but cannot be patriotic. It is a body that can be corrupted, but not trusted.

Burhan Wani’s body is where the war of India’s claim of Kashmir being an "integral part" of its Union is being played.

It is here that the state gives itself the ultimate power to determine who can be killed, and how that killing cannot be called a sacrifice.

When the state makes such a decision about the dispensability of people for strengthening its political claims, it assigns grieve-ability to such bodies. Thus, the media and political class in defence of the state create the distinction of who is to be grieved (soldiers) and who we mustn't grieve for (in this case Burhan).

In some cases, the extreme nature of such defence is visible. Take, for instance, a statement from Kashmiri Hindu activist Sushil Pandit, who regretted the state’s decision to return Burhan’s body and wished instead that it was "burned along with garbage".

Grieving Burhan is so wrong because the state tells me he is not grieve-able, and if I do grieve him, I will be shot or maimed or killed; even be used as a body on which the war of sovereignty will be played with the complete backing of the political class and media. Therefore, the questions I began to ask, seem even more urgent as the entire population of Kashmir now seems to be in the line of fire.

As is visible on the 12-day siege that has crippled the Valley. Why must the entire population be under siege if only Burhan Wani is a problem?

The investigation of India’s sovereignty claims over Kashmir leads one to think in a more effective way about the relation between politics and morality. In the milieu of the bare life that a Kashmiri is reduced to being within the Indian structure, Kashmir’s mourning cements its moral position in challenging India.

This has been the reality of Kashmiris in their alternative, repressed world, where the body of Sheikh Abdullah (the former-prime-minister-turned-chief-minister of the state) becomes a "sell-out" from being the Lion of Kashmir.

The bodies of Maqbool Bhat, Ashfaq Majeed Wani, and Afzal Guru represent the symbolic grieve-able witnesses of India’s war on the Kashmiri. Both Afzal and Maqbool were denied to Kashmiris to ensure Kashmiris do not mount on a memory of resilience against the Indian state's sovereignty.

It is important to understand that India’s sovereign oppression on Kashmir is historical, and so is the grieving in the Valley. Ashfaq Majid Wani was the 23-year-old commander of Jammu Kashmir Liberation Front (JKLF). His death invoked even more public grieving on March 30, 1990. Even then Kashmir's political reality was mocking India’s self-congratulatory analysis on the Valley.

In its historical response to Kashmiris, India's wish to not return a rebel's body has actually been fulfilled in the past and failed. Maqbool Bhat, a Kashmiri revolutionary known both in India and Pakistan as a double agent, was hanged and buried in Tihar Jail in 1989 so as to disallow Kashmiris a chance to grieve.

The Kashmiris who wanted to grieve Maqbool then were not even a handful, as is the case with revolutionaries; but by 1989, Maqbool was a revered political figure in every household. With the armed revolutionary Ashfaq Majid Wani coming to the fore, Maqbool was immortalised as a witness and Ashfaq as a martyr.

In recent public memory, Afzal Guru’s hanging, a widely debated event, although remembered as an isolated incident in India, was seen as a continuation of the repressed history of Kashmiris. Thus, the grieving that follows Burhan’s death is not merely about Burhan, but about hundreds of such Burhans who were killed while they rejected their state-induced bare life.

By killing some more, India is only strengthening Kashmiri bodies to reject its sovereignty and become struggling witnesses to the war that is being played out against them.

#Burhan Wani, #Jammu and Kashmir
The views and opinions expressed in this article are those of the authors and do not necessarily reflect the official policy or position of DailyO.in or the India Today Group. The writers are solely responsible for any claims arising out of the contents of this article.

The author has a Ph.D. in Political theory and Gender Studies. She worked on Agency of Muslim Women in Kashmir’s resistance movements after 1947. She is the former fox International Fellow at Yale University.