Mandal 2.0: Kairana by-polls shows the power of Jats, Dalits, Muslims vs the weakness of Hindutva

By-poll results show the strengthening of local parties, players and factors vs the BJP.

The results of the by-elections in 10 Assembly and four Parliamentary seats have now been declared. The results of these elections give vital political indications because these have covered a wide area and taken place in 10 states, spread from north to south and east to west. Hence, these results do contain samples which cater to various regionally located political moods of the electorate of India. This may reflect signs for the 2019 Parliamentary election. Thus, these by-polls are in fact more than just that. Let's examine the results in the four Parliamentary constituencies; these include Kairana in Uttar Pradesh, Palghar and Bhandara-Gondiya in Maharashtra and the Nagaland Parliamentary constituency. Two of them have been won by non-BJP political groups, one by the BJP and the other one by an NDA alliance. The new 'Mahagathbandhan' candidate Tabassum Hasan of the RLD won Kairana, the NCP won Bhandara-Gondiya, the BJP won Palghar in Maharashtra and the Nagaland parliamentary seat was won by the regional party NDPP (National Democratic People's Party), an alliance partner of the PDA, which is part of the BJP-led NDA alliance at the national level. Not much to smile over — the BJP won Palghar in Maharashtra, but that was its silver lining on a dark day

The results in the 10 Assembly seats also showed a clear trend — most non-BJP, non-NDA political groups performed well on these seats.

The BJP won one assembly seat in Uttarakhand.

The major picture which emerged out of these by-poll results is that 2019 is going to be a tough battle for the BJP to win. Various regional parties which did well in these elections are involved in anti-BJP politics, due to one or another reason. These may come together now and become part of a Congress-led 'Mahagathbandhan' in the 2019 election.

But there is no overlooking the power of the local player either.

The Jharkhand Mukti Morcha, the CPI-M, Trinamool Congress, the Rashtriya Janata Dal clearly signalled through these by-polls that they still retain their mass base — even in the era of 'Modi magic', existing in the face of Amit Shah's electoral strategy, which caters only to victory. Don't underestimate the power of a 'common woman' — the Opposition has signalled that it retains its powerful mass base.

These local players are now definitely in the process of forming a broader social and political alliance against the BJP and NDA in the 2019 national election.

But the major message was that which emerged from the BJP's own electoral performance in Uttar Pradesh in these by-elections. The Kairana seat, won by Tabassum Hasan of the RLD who contested as the candidate of the Mahagathbandhan of parties, and the Noorpur Assembly seat, won by Sayeed Hasan of the Samajwadi Party, supported by political parties who formed the Mahagahtbandhan, is signficant.

Kairana was known as the 'laboratory' of Hindutva politics and it was the seat of the BJP leader, the late Hukum Singh, whose daughter, Mriganka Singh, lost this by-poll.

These are the constituencies located in the communal riot-affected zones of Western Uttar Pradesh, the zones hit hard by the Muzaffarnagar riots, the zones which emerged as the stronghold of the BJP in the 2014 parliamentary election and also, in the recently held Uttar Pradesh assembly election. 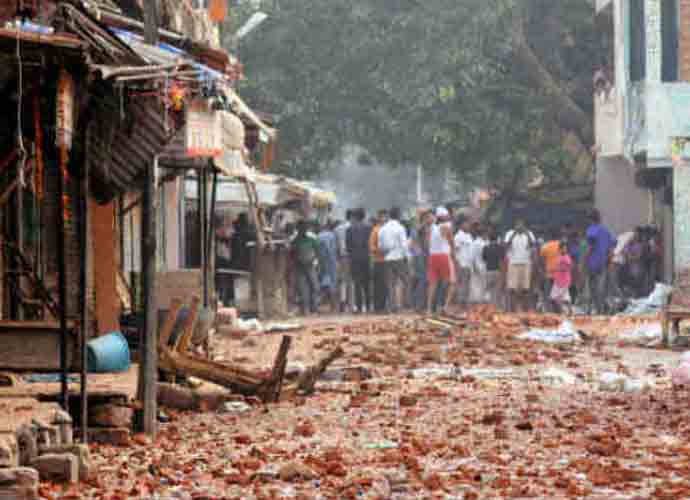 These results show that a new Jat-Muslim-Dalit alliance has emerged in these electoral zones and this forms a majority social block in western Uttar Pradesh.

This Jat-Jatav-Muslim (JJM) combination was in fact the brain child of the late Charan Singh, whose politics of western UP seems to have reappeared and worked well during this election. The Gathbandhan politics which emerged during the recently held Phulpur and Gorakhpur by-polls in fact is expanding in UP politics — it may well extend further into other parts of India. The first sign of such a combination in other parts of India appeared when leaders of many national and regional political parties gathered in Bengaluru at the recently-held oath-taking ceremony of HD Kumaraswamy from the Janata Dal (Secular).

The evidence is compelling. Kairana-Noorpur is also a location which is deeply affected by peasant politics, mobilised around the sugarcane price issue and the price rise issues of diesel and petrol. These results also show that Hindutva politics seems to be fading now in these western zones of Uttar Pradesh — and new caste and communities' combinations are emerging as a positive base of anti-BJP politics.

A 'caste-minority' combination, with sentiments of peasant unrest and youth disenchantment against the government, may have prepared the situation which produced such disappointing results for the BJP.

Another reading of the Kairana-Noorpur result also indicates that Jats, who were considered a base votebank for BJP politics and cadres of Hindutva mobilisation in the recent past, are now returning again to the RLD and to Ajit Singh to assert their pre-2014 position. A section of Dalits, who moved towards the BJP during the 2014 elections and the recently held UP assembly election, are again coming back to the BSP'S influence now. Welcome back: The Jats return to the RLD and Ajit Singh

A new and extended version of Mandal politics is also reemerging through these social alliances.

These results suggest that Hindutva polarization, which worked well in various elections in the recent past, is now in crisis, and requires rigorous rethinking on existing strategies — perhaps including sharpening it further.

The unity of anti-BJP votes acquired through non-BJP opposition unity may emerge as a big challenge for the BJP in coming elections. The agenda to stop or minimise the fragmentation of non-BJP votes through various ways is the key to acquire success in such polls. However, local issues, local connect and regional political conditions also played an important role in producing these results.

But the central message that emerged through these results was that such non-BJP social and political polarization in electoral politics may pose a tough challenge for the BJP and NDA now.

These results also suggest that the BJP-led government needs to develop better communication strategies to disseminate its pro-people policies and programs to the grassroots. The BJP also needs to review the impact and implementations of government-led programs and policies in different parts of India. They need to plan pro-peasant and pro-subaltern policies far more rigorously to avoid the growing unrest from exactly these sections against them.

Some political analysts believe that these by-poll results may not reflect the exact mood which will determine the 2019 election. Some feel that these results are the seeds for 2019, which will produce similar fruits. One thing is for sure. By overlooking the wood for the trees — here, ignoring the local sugarcane issue for the sweetness of greater power — the BJP might end up losing the very ground beneath its feet.

Post your comment
#BJP, #United Opposition, #Kairana by-poll, #By-poll results
The views and opinions expressed in this article are those of the authors and do not necessarily reflect the official policy or position of DailyO.in or the India Today Group. The writers are solely responsible for any claims arising out of the contents of this article.