Why India is on the brink of a caste war

The Statement of Objects and Reasons (SOR) explains their “vulnerability” of “being subject to various offences, indignities, humiliations and harassment.” When “they assert and resist, vested interests try to cow them down”. Where they assert the “dignity and honour of their women, they become irritants for the high and mighty (resulting in) an increase of certain atrocities”.

The SOR itself recognises as “eating excreta... attacks... mass killings of helpless... rape” as a persistent social phenomenon. This is borne out by the Section 3 including dumping of excreta, savage, carcasses waste matter in their mouths and homes, “parading them naked, exploiting them” and more (Section 3). When Parliament revisited this Act in 2016, it affirmed that the worst possible inhumanities were inflicted on to SC/ST and increased the list of atrocities and neglect of positive duties towards SC/ST.

Which Indian would like to be urinated on, forced to eat excreta, paraded naked (even if women), systematically beaten and murdered? This is the harsh reality of not just murderous khap panchayats but all and sundry. Many atrocities are against women — according to the Crime Bureau. We fool ourselves when we speak of crime rate which is pitted against their population. Even then the “crime rate” is between 20 per cent and 25 per cent.

Justice Adarsh Goel (for Justice UU Lalit and himself) in the Maharashtra Case (2018) indulge in self-deception in assuming a degree of misuse and that too for monetary incentive of compensation, no doubt dazzled by the statistics which were flawed by improper construction. This self-deception continues when relying on the 2016 data that out of 15,638 cases, 11,024 were an acquittal, 495 withdrawn and 4,119 convictions.

Can we draw a conclusion that this illustrates false cases? In fact, the figures hide the under-reporting. Which raped woman, paraded through a village, would report a case? Or someone made to eat excreta. Or those beaten and killed in the cow campaign? Or those dredging human waste? The retaliatory consequences would be damning. The message of false reporting is countered by under-reporting. 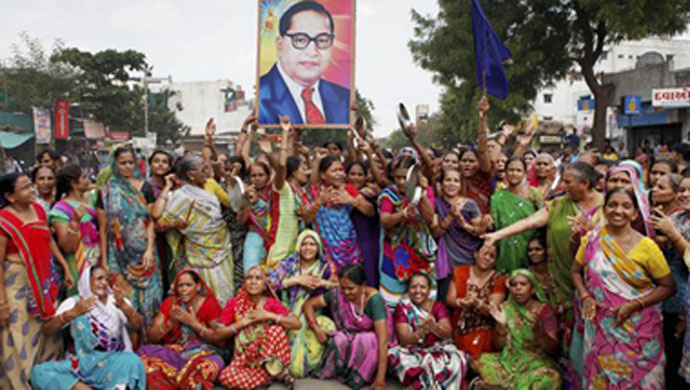 In the Maharashtra case, the issue related to “anticipatory bail”. This was an Indian invention of 1974 because unlike most common law countries, arrests are usually made before charging (permitted for a brief period in England after 1984). It is not applicable in UP. Parliament in its wisdom rightly took the view in 1989 that anticipatory bail would not be given in SC/ST atrocity cases. The reason is as obvious as can be.

As soon as an "anticipated" accused is given bail, he will revenge himself on the complainant and interfere with evidence. Given this Parliament did not change it in 2016 and made the Act stronger. In the case before the court, allegedly spiteful references were written about a Dalit.

Given the rank, the sanction for prosecution had to be given by the state government but a director instead of routing it to the government nipped the controversy in the bud by denying sanction in violation of his legal duty to forward it. Was this really the “hard” case which made bad law?

The high court prima facie felt a case was not made out, but respected the anticipatory bail embargo. Not so, the Supreme Court which appointed an amicus to go to town to water down the provisions, so that the court invented a new due process which involved the police preliminary inquiry effectively investigating the complainant Dalit subject to oversight.

The Union of India’s written submission supported such a preliminary examination. It was like saying complaining Dalits will be investigated first; and then the transgression person complained about. This renders the SC/ST Act upside down.

From my experience of the Supreme Court and in my opinion, I doubt if Dalit judges, Dalit amicus, socially conscious judges or lawyers would have come to the same conclusion. The judges lost sight of the principles of bail which not only examines prima facie case but retaliation, interference with witnesses and absconding. In this case, given what we know, would not an accused revenge himself if released on anticipatory bail. Surely that was Parliament’s prime consideration.

Advocate CU Singh warned the judges that the Act had been upheld in 2017 in its entirety including not permitting anticipatory bail. But the judges adamantly refused to refer the matter to a larger bench which they should have. Faced with the charge that they were ignoring Parliament’s law and inventing their own, the judges offered a stray comment of Lord Reid (cited in an Indian case) that the belief that judges do not make law is “a fairy tale”.

English controversies are about judges’ closing gaps in the law (called casus omissus) not about negating a clear law, clearly stated. This has triggered a caste war. Will we learn that SC/ST atrocities (like racism) are an affront to all that is decent?