The Brahmins among Muslims we don't talk about

"O mankind, indeed We have created you from male and female, and have made you into nations and tribes, that you may know one another. Indeed the most honoured of you in the sight of Allah is the most righteous. Indeed, Allah is Knowing and Acquainted" [Quran 49:13]

Islam, as a religion, does not believe in distinction on the basis of class, creed, caste, economic status, region, language and background. These criteria are immaterial for God to judge a person. In Islam, Taqwa (piety) and fear of God are two factors that determine the status of a Muslim before Allah. Islam, if we would trace its recent roots, was successful in establishing an egalitarian society in Saudi Arabia.

The egalitarianism continued politically for a period of not more than three decades, but for the masses it still holds, though in a rudimentary shape. The powerful political, social, corporate and military elite have kept the Muslim masses suppressed while enjoying an elevated status. They have deprived the masses equal opportunities to earn livelihoods, enjoy social mobility and excel in different fields.

The elite always need an ideology to keep the masses engaged so as to not let them unite. Ideology, religion, national interest and patriotism are often invoked to keep them divided.

No place for inequality

But in reality they are utopian concepts used by the religious and political elite to keep the Muslim masses divided so that egalitarianism and equality are never realised. The Muslims of the world are not a homogeneous group but a differential one that shares only few things in common. Indian Muslim leaders have been adopting an ostrich-like approach denying the lived reality of caste among them. Photo: Reuters

The Muslims of South Asia are not a monolith. Cultural conditioning has meant many egalitarian teachings of Islam too faded away, particularly equality. In the Indian subcontinent, Islam was spread by the peaceful missionary work carried out by Sufis belonging to varied denominations (silsilas).

The converts mostly belonged to the suppressed and oppressed classes of the Hindu society, that is Shudras and untouchables who had suffered caste oppression for generations. Islam and the egalitarian practice of Sufis certainly helped the oppressed Hindus seek refuge in and enjoy equality within the ambit of Islam.

With time, like patriarchy, caste too found its roots among the Muslims of the Indian subcontinent. Some travellers who came with Sufis or sought refuge in the subcontinent from repressive regimes, held to their non-subcontinental origin. Being refugees, they had expertise in various skills and some were doctors of divinity.

The aboriginal converts who belonged to the deprived and suppressed class thus accepted everything the foreigners said as the gospel truth and the word of Allah because the latter had the privilege of interpreting Islam. From Sir Syed Ahmad Khan (above) to Maulana Ashraf Ali Thanwi and down to the line of Islamic revivalist Mawlana Abul Ala Mawdudi, all came to justify casteism as a doctrine of the faith.The institution of caste came in handy as a comfortable tool for these elite to maintain their hegemony over the masses. They would preach the egalitarian principles of Islam, but in reality practise inequality and harboured a deep hatred for the masses.

The Muslims in India became divided among the Ashraf (the elite who trace their origin outside the subcontinent) and the Ajlaf (the masses who converted to Islam).

The Ashraf enjoyed the privilege of having sound social, political, educational and economic status but never wanted to share it with the masses who could have become future contenders to the privileges. But there are few exceptions to this rule. Islam was used as a tool and its egalitarian principles twisted in such a manner that it came to justify the institution of caste and Syedisation.

The scholars of Islam, from Sir Syed Ahmad Khan to Maulana Ashraf Ali Thanwi and down to the line of Islamic revivalist Mawlana Abul Ala Mawdudi, all came to justify casteism as a doctrine of the faith.

This justification was the greatest disservice to Islam, a direct attack on the beloved Prophet Muhammad's life and an injustice to the ideals and teachings of the faith. But such disservice still continues and few voices are talking about the institutionalisation of caste among Muslims of the subcontinent.

Indian Muslim leaders have been adopting an ostrich-like approach denying the lived reality of caste among them. This denial has led to the deprivation of the scheduled caste status to Indian Muslims, who desperately need reservation being the most marginalised minority in the country.

Kashmir being a Muslim-majority region, though disputed in its nature, follows the institution of caste as an article of faith.

The Ashraf castes in Kashmir comprise those who call themselves Syeds (though there is no concept of Syeds in Islam or the Quran) and most of them trace their origin to distant lands, particularly of Central Asia, like Geelan, Hamdan and Andrab. The other elite are known as Khojas (the rich, upper caste Muslims).

The Syeds were poor and eked out a living by teaching the Quran (though most of them could not understand Arabic and still don't), attending funeral prayers, leading prayers in masjids and engaging in minor teaching jobs. They were mostly dependent on the Khojas for their survival as the latter paid them generously, and would bestow grants to the Sufi shrines most Syeds had a parasitical relationship with. 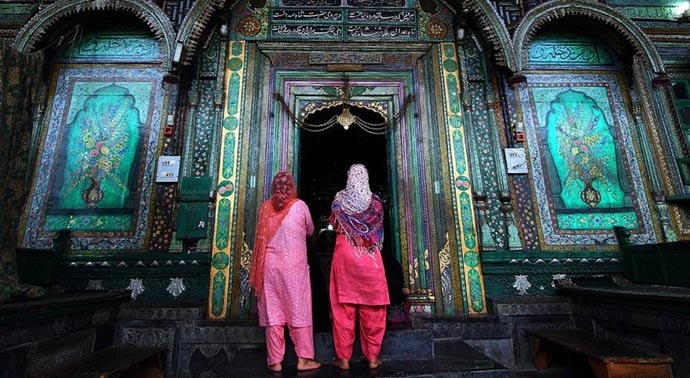 With time, like patriarchy, caste too found its roots among the Muslims of the Indian subcontinent. Photo: Reuters

Thus, many of them earned the title of Malla (a derogatory term used for a person who uses religion to earn money even through fraud and devilish means).

The Syeds and the Khojas could intermarry but the Khojas looked down upon the Syeds as Mallas for whose existence and sustenance they paid. The Mallas, as is a reality, were a shrewd lot and many of them were driven out of their lands by rulers for creating mischief and being a part of nefarious plans against the government. With the division of Indian subcontinent, a part of Kashmir remained with India.

Under the charismatic leadership of Sheikh Muhmamad Abdullah, the implementation of revolutionary Land-to-Tiller act made the masses overnight owners of the land, depriving the Khojas of their decades-old privileges. Subsequently, the new educational policy helped the masses and particularly the Syeds, the first to avail the fruits of education. They also got the Syed women educated, though on the pulpits they would preach that sending girls to schools is haram. The newly-carved state of Jammu and Kashmir changed its contours and there was an overhaul in which Muslims found space in government jobs.

The Khojas, who had enjoyed their status as the Indian Muslim elite after the advent of British and defeat of the Last Mughal Emperor Bahadur Shah Zafar in 1857, were still lamenting about their lost privilege, and thus did not understand the essence of education in the changing times.

Most of them who had businesses and access to education got government jobs that had a limited amount of salary. So, the Khojas now looked down upon the Syeds who would take up government jobs. Once the Syeds made an entry in the government job sector, particularly the bureaucracy and the police, they made every effort that non-Syeds do not make it to the top echelons of these institutions.

It took several decades for the non-Syeds, the aboriginals masses of Kashmir, to make a dent in the Syedised bureaucracy. To this day the Syeds dominate the bureaucracy and the invisible apartheid continues. The Islamic revivalist movements that spread their network in Kashmir, including Jamaat-e-Islami, too were dominated by the Syeds as they had the privilege and legacy of Islamic teachings.

The indigenous institution of the Mirwaiz, whose establishment is traced to the Dogra regime and who had very humble origins, is now counted among the elite today due to social mobility.

At one point, the resistance movement against India too was dominated by the Syeds though the insurgency was started by the non-Syeds and they continue to offer sacrifices and become cannon fodder, with the Syeds ruling the roost and enjoying the leadership privilege. Few Syeds and Khojas lost their lives or took part in the insurgency, but both United Jihad Council and Hurriyat Conference are dominated by Syeds, who want the sacrifices from the non-Syeds and luxurious lives for their wards and extended family.

They have used every mechanism to keep the masses occupied with the conflict so that they don't engage with the larger questions associated with it, including caste and privileges. They do not want to democratise this institution and follow Islamic principles of equality by marrying non-Syeds even though they regularly preach democracy, equality, Islam and unity.

The coming to power of a Syed party in Kashmir, that is, Peoples Democratic Party (PDP) aka Pir Development Party has rendered the matters worse because they have installed their relatives on every front — from the university to the municipality — thus depriving others of their rightful opportunities. This too has added fuel to the resentment against the government. The PDP has been the most nepotistic regime that was democratically elected in the history of Kashmir.

The conditions will go worse and the caste factor will become a major player in the electoral politics of Kashmir in the near future, as witnessed in the 2017 Uttar Pradesh elections, should the government fail to act in an unbiased manner. The Hurriyat, led by Syed Ali Geelani and Mirwaiz Umer Farooq, has been less critical of the PDP regime, leading to suspicions of caste bias. 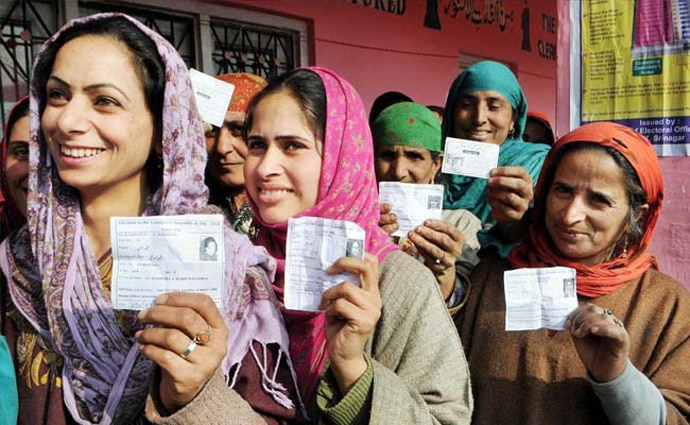 he PDP has been the most nepotistic regime that was democratically elected in the history of Kashmir. Photo: PTI

It is both hilarious and condemnable that only on the basis of being born into a family, one thinks that he/she is socially elevated from others and brands others as inferior.

If at all one takes pride, it should be in their merit and achievements not on the basis of birth and association to distant lands.

For instance, the Indian Qureshis, who think they belong to Prophet Muhammad's tribe, must remember that the Quran says: "Muhammad is not the father of [any] one of your men, but [he is] the Messenger of Allah and last of the prophets. And ever is Allah, of all things, Knowing." [33:40]

Further, the Qureshis were a varied lot. Hence, while tracing one's orgin, they must feel the pulse of the facts too. Incidentally, in some parts of India the Qureshis are butchers and enjoy the other backward class status.

Further those who trace their origins to distant lands and proudly display their surnames as Hamdani, Geelani, Baghdadi and Andrabi must be thankful to Kashmiris who gave their ancestors refuge when they were suffered seige and were hunted down in their birth burgs.

So, the people of the subcontinent were a hospitable lot who helped the downtrodden ancestors of those who claim to be elite today.

Caste is a reality that needs to be understood, debated and annihilated from the body of the Muslim society.

It seems to be an impossible task despite the strength of Dr BR Ambedkar's ideology. Dalit politics failed to annihilate caste but a struggle needs to be renewed, by making the masses understand its perils and that the elite have been exploiting them by engaging them in futile struggles as well as raising the false bandwagon of Islam being in danger, while themselves indulging in politics.

Only a holistic approach will sever the deep tentacles of caste from the Muslim society.