This article is co-authored by Gauri Noolkar-Oak, a trans-boundary water conflict researcher, and Aditya Manubarwala, a trainee solicitor.

Last Friday (February 16), the Supreme Court put to rest an almost century-old dispute between the states of Karnataka and Tamil Nadu on the waters of the Cauvery river, for now.

In a departure from the Cauvery Water Disputes Tribunal's (CWDT) allocation of 2007, the SC has reduced Tamil Nadu’s share of Cauvery waters from 192 TMC to 177.25 TMC. While 10 TMC of this share is to be maintained as environmental flow in the river, the court has effectively allowed Tamil Nadu to use only 167.25 TMC. The argument is that about 20 TMC of groundwater is available in the Cauvery basin of Tamil Nadu, and the Supreme Court’s judgment "deem[s] it fit that 10 TMC of the said available groundwater in Tamil Nadu can be accounted for in the final determination of its share".

The Supreme Court has further declared the tribunal’s 2007 allocation to be "unsustainable" as it “ignores the basic principle pertaining to drinking water” and allotted the remainder of 14.75 TMC to Karnataka, of which 4.7 TMC is meant to directly address Bangalore city’s drinking water needs. 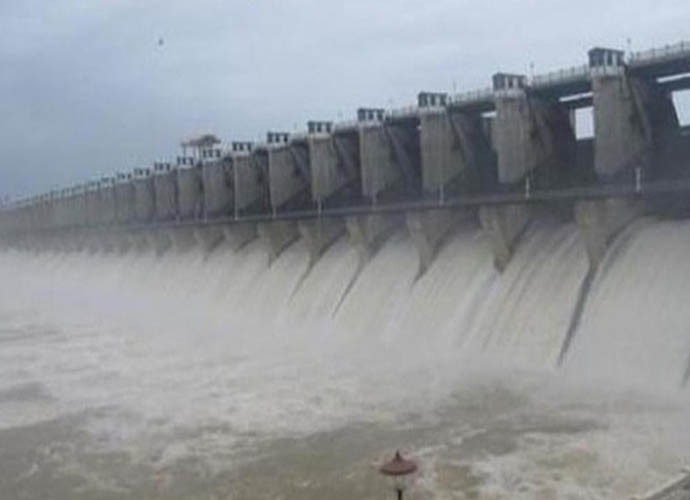 The Supreme Court’s judgment has been widely celebrated as a victory in Karnataka and is hailed as a feather in the Congress's hat, the ruling party in Karnataka, just before state elections slated to take place later this summer. Predictably, Tamil Nadu has expressed remorse, and political blame games have begun.

Why Cauvery won’t be enough

The Supreme Court has left just 10 TMC of the river waters untouched as environmental flow (and another 4 TMC as "inevitable" flows into the sea), however, the rate at which Cauvery waters are used up is bound to have both Tamil Nadu and Karnataka facing water scarcity and scrambling to exhaust the river’s share in a decade or two.

To know what the future would be like in a "business-as-usual" scenario, a peek into Bangalore's water usage (and wastage) suffices. The third most populous city in India, two-thirds of Bangalore lies outside the Cauvery basin, but the city alone consumes half of Cauvery waters reserved for Karnataka’s domestic use, and wastes half of what it gets. Bangalore's lakes have either disappeared or degraded to a level unfit for drinking and domestic uses.

It has also exhausted its groundwater reserves; in 2011, 141 per cent of Bangalore's groundwater table was being tapped. All its local sources exhausted, the city lifts water from the Cauvery, located 100km away, just to meet its daily drinking needs. By 2025, Bangalore's water demand is going to go up by 71 per cent, from the current 20.3 TMC to 34.7 TMC. In such a scenario, the additional allocation of 4.7 TMC of Cauvery waters to Bangalore is not going to be enough.

Similar trends of growth in water demands have been identified across the rest of the Cauvery basin, and hence, it will not be surprising to see Karnataka and Tamil Nadu lock horns over sharing scarce Cauvery waters in the foreseeable future.

And yet, domestic consumption comprises of only 20 per cent of Cauvery's water use. About 70 per cent of water is used by agriculture; rice and sugarcane, both highly water-intensive crops, are cultivated all over the basin. Tamil farmers in the Cauvery basin take two, even three, rice crops in a year. Karnataka, which is second only to Rajasthan in terms of drought-prone area, has sugarcane growing on four lakh hectares of its agricultural land (despite a ban on its cultivation), most of which is concentrated in the Cauvery basin. Both crops not only guzzle huge amounts of water, but they also impact soil fertility, and combined with excessive use of fertilisers, inefficient irrigation practices and lack of crop rotation, they have given rise to various issues in the agricultural sector of the region.

Judgment leaves much to be desired

What is striking about the judgment is the complete absence of any orders relating to demand management. While extensively quoting from US Supreme Court cases like Colorado versus Kansas and Colorado versus New Mexico, amongst others, the judgment stresses on the "equality of right" doctrine in allocating Cauvery waters, and emphasises on reasonable and equitable sharing. Yet, nowhere has the court mentioned the need to curtail water wastage, improve distribution systems, expand sewage treatment activities, and manage consumption across domestic, agricultural and industrial sectors.

In a futuristic scenario where one state would have to employ extensive conservative measures to make do with a decreased share of water while the other gets an increment in its share, wouldn’t the principle of equitable sharing be severely violated on account of the dereliction of one state?

Despite only 36 per cent of Bangalore falling within the Cauvery basin, a significant proportion of water was allocated to her by virtue of the creative doctrine of "warrantable flexibility". This allocation is tantamount to trans-basin diversion of river water, which violates the principles of equitable apportionment - the National Water Policy and Helsinki Rules, 1966 - which prevent trans-basin diversion of river water. It has conveniently abstained from reminding this “progressively sophisticated, sprawling, vibrant and a much aspired seat of intellectual excellence” of its responsibility of valuing its resources and using them in an efficient, economical and environmentally safe manner.

In fact, despite being well within its limits to order demand management, the court fails to outline any substantive order that would push both riparian states to curtail growing wastage of water, which would have been a step in the right direction. The judgment also patently fails in addressing the challenges of water-sharing during water deficit (that is, “bad”) years and changes in water availability in the Cauvery basin due to climate change effects.

Also, despite knowing that the bulk of Cauvery waters are consumed by agriculture, the court orders neither of the states to implement water conservation measures, drought-resilient crop patterns, or more efficient irrigation practices. The present arrangement, at best, is short-term. The court’s direction to the central government to frame an institutional scheme to implement its decision within a short unrealistic span of six weeks while missing on a historical opportunity in laying down an effective institutional model for implementing inter-state river water awards seems to lack direction and vision.

In effect, the Cauvery water dispute has not really been resolved. In fact, the judgment is more of a precursor to the opening of a Pandora’s box for many existing water disputes. It is to be noted that Article 262 of the Constitution which excludes the jurisdiction of the Supreme Court from water disputes has been expanded to include the SC appellate jurisdiction through this case.

This is the first time that the apex court has allowed a special leave petition challenging a tribunal’s award and also modified it. This expansion will go a long way in multiple water tribunal decisions being challenged right uptil the Supreme Court. Water tribunal decisions historically take a lot of time in adjudication - for instance, the Godavari allocation came after 11 years of dispute, the Narmada award took 10 years, and the Ravi-Beas Waters Tribunal has been functioning for 30 years without an allocation. Further, inter-state water conflicts have continued long after tribunals have declared the allocation, as in the case of Narmada and Godavari rivers.

Moreover, reducing Tamil Nadu’s share on the basis of groundwater availability in the state might encourage other aggrieved states to come out with studies estimating ground water levels of disputant states. This can be dangerous; groundwater is intricately connected with surface water and considering it as a separate entity substituting for surface water is not only flawed, but also detrimental to the ecological health of the river basin.

Also, groundwater aquifers across India are over-exploited and in a critical condition which will only worsen if similar stand is taken regarding other river basins in the future.

Summing up, while a clear verdict on the Cauvery dispute is finally out, it is by no means a sustainable, holistic solution to the problem. Reducing a complex resource issue with significant socio-economic and futuristic connotations to a give-and-take problem, the verdict has fallen short of outlining effective measures that will not only tackle the problem, but also prevent it from emerging again. Rather, the Cauvery dispute has clearly subjugated the institution of water dispute tribunals. With the expansion in jurisdiction to include the Supreme Court, fresh appeals over other awards are likely to erupt.

As the highest judiciary system in the country, the Supreme Court had the opportunity to push for demand management and lay down the framework for comprehensive and joint management and development of inter-state river basins. Unfortunately, it couldn’t make the best of it.

Also read: Cauvery row: Why Supreme Court deciding to give Karnataka more water is a blow for farmers

Post your comment
#Tamil Nadu, #Karnataka, #Cauvery water dispute, #Supreme Court
The views and opinions expressed in this article are those of the authors and do not necessarily reflect the official policy or position of DailyO.in or the India Today Group. The writers are solely responsible for any claims arising out of the contents of this article.