The CVC vs CBI case is complex. But the apex court has already shown that justice cannot be for one side alone. It must be for all.

“Justice consists not in being neutral between right and wrong, but in finding out the right and upholding it, wherever found, against the wrong.”

On days like today, I thank our country’s lucky stars that we have a judiciary that fits what the American President had said. The Supreme Court order is not merely a reflection of justice, but justice propelled by wisdom.

Today's Supreme Court order has a brief underline. It dictates order in a state of chaos and disorder.

Before the proceedings began, there were too many stated wrongs by too many stakeholders in the public domain. And it was difficult to judge what was right. At the end of the proceedings, there was only a search for the right – no losers, no winners. That’s why every stakeholder in the messy CBI vs CBI war felt it had walked out of the SC with a slice of victory.

In the wee hours of October 24, the government sent the CBI director and his deputy on leave to cap the bitter “you are corrupt, you took bribes” war between the two.

First, CBI's Number 1, Alok Verma, filed an FIR against Rakesh Asthana, arrested his probe officer, sent sleuths to search his house and was close to arresting him. 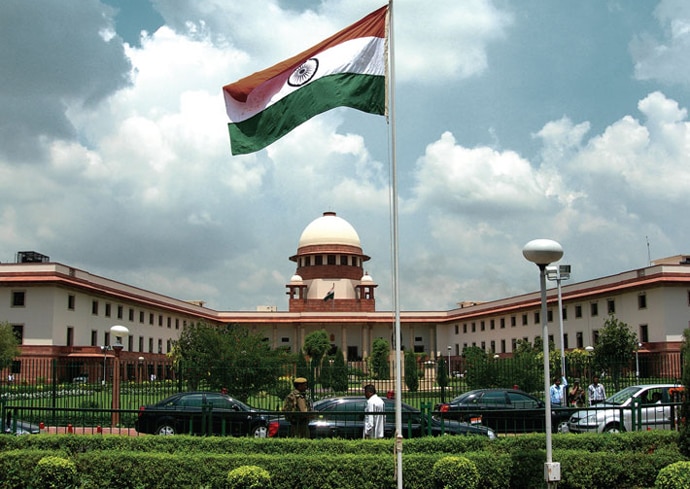 The Supreme Court: Seen to be just towards all. (Photo: PTI)

Then, his number two sent a slew of complaints charging Verma with accepting bribes, scuttling cases and bailing out accused. The government, armed with a recommendation from the central vigilance commission, based on a charge against Verma that he was not cooperating with the corruption watchdog, had in the dark of the night stripped the CBI's top two of all powers.

Then it had placed joint director M Nageshwar Rao as interim caretaker. Crying foul, the director rushed to the Supreme Court and an NGO aptly named Common Cause in sync filed a petition challenging the midnight coup.

The Opposition and petitioners charged that only the three-member collegium of the PM, leader of opposition and Chief Justice have the powers to “remove” the CBI director. The government had acted cleverly. Adhering to the SC-dictated mechanism, it had neither “appointed, sacked or transferred” the CBI director. By sending the CBI chief – who enjoys two-year term protection – on leave, the government had operated in a grey area, which can’t be called a “violation” in pure terms.

Today, the Supreme Court started its hearing on Verma's plea. Barely 6.1kms from the Supreme Court, the opposition, led by Rahul Gandhi, was staging a massive protest – with a chant – ''Congresss and Opposition will not allow the chowkidar (watchman) to commit a theft. The CBI director was removed illegally to scuttle a probe in Rafale fighter jet deal.”

An adverse remark by the SC bench against the government would have emboldened and armed the opposition leaders, sitting on top of a truck at the gates of the CBI headquarters, with an impressive slogan-shouting crowd behind them at Delhi’s CGO complex.

After the order, Finance minister Arun Jaitley called the national broadcaster Doordarshan and a private news agency to his office and issued a statement. He said, "Recent development eroded the credibility of the CBI. CVC in an order asked both the two top officials to step aside to ensure fair probe. Today, SC order once again maintains the standard procedure for the fairness of the probe. In the larger national interest, that top two officials of CBI and their life must be beyond suspicion. Today's SC decision is a positive development”. 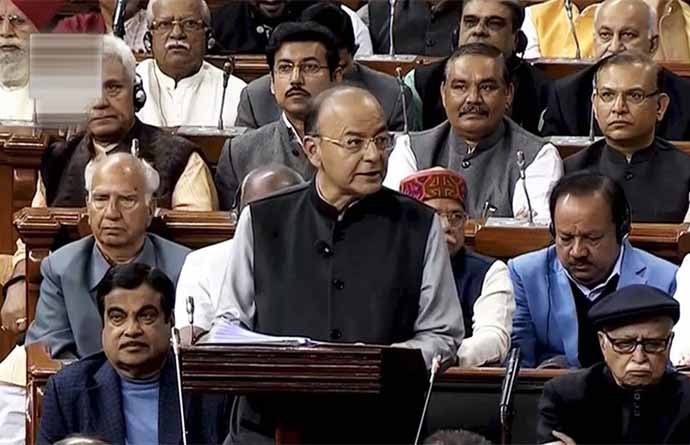 The FM has added his comments to the proceedings. (Photo: PTI)

Alok Verma didn’t speak — but when accosted by my colleague from India Today TV, Sanjay Sharma, he gave a big smile.

The lawyer for Common Cause, Prashant Bhushan, spoke to news channels and posted on the micro blogging site Twitter – “SC virtually disables the new director of CBI, Nageshwar Rao appointed by the government by replacing Verma and restrained him from taking any major or policy decision. All decisions taken by him under scanner. The enquiry by CVC against Verma will be supervised by retd SC judge& done in 2 weeks”.

SC virtually disables the new Dir CBI, Nageshwar Rao appointed by the govt by replacing Verma & restrained him from taking any major or policy decision. All decisions taken by him under scanner. The enquiry by CVC against Verma will be supervised by retd SC judge& done in 2 weeks

The inference I draw is that on a strife-torn issue that’s polarising politics, the media and even the policing matrix, the court order, by pushing for right, has not let the wrong go unaddressed.

The court asked the central vigilance commission (CVC) to finish its probe into charges against on-forced-leave-CBI-director Alok Verma in two weeks. The probe would be monitored by Justice AK Patnaik (retired).

This is not a negative (if not a clear positive) for the government, the CVC and Alok Verma.

The government's midnight swoop has not been junked. That’s a relief for the PM Modi-led government. The CVC probe, if conclusive against Verma, may end up proving that the government was right in sending him on leave.

The government based its ousting of Verma on the recommendation of the CVC. As dictated by the Supreme Court in the Vineet Narayan case, the CVC has superintendence powers in corruption cases. So, the court has dealt not with the government but the CVC, thus upholding the status of the CVC as the anti-corruption watchdog.

Alok Verma has a chance to prove his innocence.

The CVC having ruled in favour of stripping Verma's powers now has to build an airtight case.

The supervision of an SC judge will mean that the CVC can’t face charges of concocting a report which suits its earlier pronouncement.

The court has ruled that the issue can’t be allowed to fester. So, the CVC demand for three weeks to finish its probe was toned down to two weeks. That would be good for the CBI — and thousands of probes which have come to a virtual standstill as the agency’s staff is looking up at the empty top and the interim boss Nageshwar Rao. My colleague Munish Pandey covering the CBI for a long time reported that he has never before seen the gates of the CBI headquarters shut. He reported that CBI officers were whiling their time away, watching the opposition protest from the roof of the building. Some were watching the court proceedings and protests on TVs.

The court didn’t pay attention to Rakesh Asthana's legal presence – a sign that the court is indicating that the strength of the CVC probe will decide whether Verma took a bribe as stated by him in a complaint to the cabinet secretary and CVC.

If the CVC fails to conclusively prove the charge against Verma, then there will be proof that Verma was apparently being framed by his deputy.

There were fears that Nageshwar Rao’s interim status may face judicial stricture. That didn’t happen. But the SC has ruled, “he can’t take any policy decisions.”

He had entered the CBI office past midnight in the intervening night between October 23-24 and sealed the offices of the director and special director on the 11th floor. He also took charge of rooms on the 10th floor and then dismantled teams probing Asthana and transferred a dozen officers most close to Verma. Rao has to submit details and reasons behind the transfers to the SC in a sealed envelope. Any public release of these details would prejudice the public before the verdict. So, Rao can take bread and butter decisions for the CBI – by keeping the SC in loop.

For the new Chief Justice of india, Ranjan Gogoi, this is a baptism by fire.

The CVC vs CBI case is complex. But it’s well begun as today, the court showed that justice cannot be for one side alone — it must be for all.

Also read: How CBI was rocked by a corruption scandal and a destructive turf war

#Arun Jaitley, #Rahul Gandhi, #Narendra Modi, #BJP
The views and opinions expressed in this article are those of the authors and do not necessarily reflect the official policy or position of DailyO.in or the India Today Group. The writers are solely responsible for any claims arising out of the contents of this article.