At least 14 people are dead while 150 are feared to be trapped under the debris.

#WATCH CCTV footage of the bridge collapsing near Ganesh Talkies in #Kolkatahttps://t.co/4M3JG324OX

An under-construction bridge collapsed near the famous Ganesh Talkies in north Kolkata's Girish Park area today. 150 people are feared to be trapped under the debris in the busy neighbourhood. There are three medical teams, two ambulances, surgeons and nursing assistants in each team. One engineer team of Army has also reached with special equipment's. 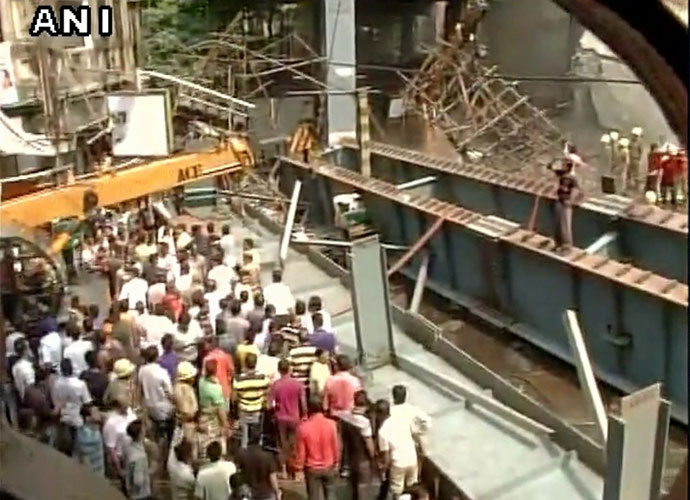 Cranes have been pressed to remove the debris. The injured people have been shifted to the Calcutta Medical hospital for medical aid. WATCH: Desperate attempts being made to lift up fallen under-construction bridge to rescue trapped people in Kolkatahttps://t.co/qyt7XktjuX

Prime Minister Narendra Modi and others took to Twitter to express their shock and sadness. They also promised their support for the rescue efforts.

Shocked & saddened by collapse of under construction flyover in Kolkata. Took stock of the situation & rescue operations.

Deeply saddened by the loss of life in #Kolkata bridge collapse incident. Prayers for the safety of those trapped.

V sad to hear the tragedy in Kolkatta. My prayers with victims n their families.

Spoke to DG NDRF who apprised me of the situation at the accident site in Kolkata. NDRF teams have been rushed to the spot for rescue ops

News of the collapse of a flyover in Kolkata extremely tragic. I hope rescue &relief ops reach those trapped and injured at the earliest