India should see Chabahar Port for the game changer it is

There should be little doubt that Pakistan would deploy means to disrupt a Chabahar-pivoting India-Iran-Afghanistan alliance.

"Afghanistan depends on Pakistan for everything from needles to helicopters," according to Afghanistan-Pakistan Joint Chamber of Commerce vice-president Ziaul Haq Sarhadi.

Tensions between Afghanistan and Pakistan are at an all-time high, due to a suicide attack that killed 88 people at a Sufi shrine in Sindh province.

This has contributed not only to a $1.5 billion decline in Afghan trade, but also led to a humanitarian crisis wrought by the resulting shortages of food, goods, and construction material.

The border reopened after three weeks.

A solution to Afghanistan’s perennial dependency on Pakistan?

The Chabahar Port in southeastern Iran, which juts out into the Gulf of Oman like a sprawling maw agape with economic hope.

Chabahar is closer to Afghanistan’s economic center than Karachi or Bandar Abbas, a proximity that could reduce costs-per-container by 1,000 USD, according to Afghan Chamber of Commerce and Industry. Tensions between Afghanistan and Pakistan are at an all-time high, due to a suicide attack that killed 88 people at a Sufi shrine in Sindh province. Photo: Reuters

With adequate infrastructure in the Chahbahar Port, Afghanistan’s exports could triple; currently its total export is approximately $500 million.

The port could become the most politically and economically important of the region’s trade hubs, even a geopolitical game changer.

It has the potential to re-contextualise US-Iran relations by combining India, Iran, and Afghanistan into a fresh, powerful triumvirate of trade.

India and Iran would benefit the most, but this would certainly spark new trade opportunities for Afghanistan, which shares a long border with Iran.

The port will provide transit access to international trade waters via shorter, safer, more cost-effective routes than the ones currently adventuring through Pakistan.

Chabahar is already important to India’s economic ties with Iran and Afghanistan.

Up until now, sanctions clamped onto Iran by the West on one hand, and Chinese and Pakistani maneuverings to isolate India from Afghanistan on the other, have dampened the port’s ability to innervate the region with new, obviously logical transit routes.

A more open nexus between India, Iran, and Afghanistan would rejuvenate withered links between countries with historical and cultural ties, but geopolitical and economic divisions.

India remains economically strong, but looking to expand outward; Iran has been desperately seeking to develop its local trade relations to revive its economy and exert more regional political and commercial influence; Afghanistan, a landlocked country, has had anemic trade relations and dismal access to ports.

Only the ports of Karachi, near the southern tip of Pakistan’s Sindh Province, and Bandar Abbas, on the Iran side of the prized Strait of Hormuz (and, incidentally, the main base of the Iran’s Navy) have ever connected the war-torn country to global waters.

Pakistan, especially at Karachi, has been largely uncooperative.

As its strong-armed middleman, Pakistan has bullied Afghanistan into dependence for its foreign trade and transit options.

In 2010, the restive neighbours signed an agreement providing common trade and transit ground, but barely a year after the agreement, Pakistan shut down the NATO supplies route coming to Afghanistan.

A reimagining of a less Pakistan-beholden Chabahar-Afghanistan connection would not necessarily isolate Pakistan, but would loosen its grip on routes in and out of Afghanistan, a circumvention that could generate millions of new development dollars from Afghan trade revenues.

According to Afghanistan’s Chamber of Commerce and Industry, the recent bother closure has resulted in replacement of Pakistani products in Afghan local markets with Iranian, Turkish and Indian products. 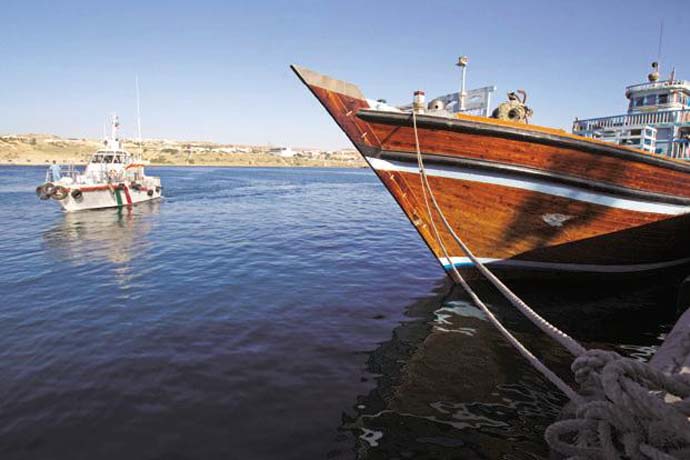 There should be little doubt that Pakistan would deploy means to disrupt a Chabahar-pivoting India-Iran-Afghanistan alliance.

The 2009 Taliban attack, which killed 130 along the India-built Delaram highway leading to Zaranj in southwestern Afghanistan near Iran’s frontier (a prime Chabahar route) sent a clear message to India and Afghanistan that Pakistan could thwart completion of Delaram-Zaranj.

Counteracting this Chabahar-hindering idea would require a comprehensive trade strategy focused on bolstering Afghanistan and taking a harder-line approach to Pakistan’s overarching control.

Negotiating India, Iran, and Afghanistan’s access to one another’s markets faces many barriers, and especially thick ones for Afghan traders, who must surmount strict criteria for their cash reserves inside Iran, stunted transportation, tight money-transfer restrictions, high taxes and tariffs, and myriad non-tariff barriers to importing/exporting Afghan goods.

Thickening this barrier are the West’s export-attenuating sanctions.

India would bask as Chabahar’s commerce jackpot winner here. As one return for their investment, Indian companies could be awarded exploratory rights to Afghanistan’s mineral wealth — estimated at $1-3 trillion — and granted easier access to oil and gas-rich Central Asia.

This would dial up India’s influence in Afghanistan’s reconstruction, while Afghanistan would reap from its new India-catalysed trade economy.

The sooner all stakeholders support stage one of Chabahar’s infrastructural projects — roads, railways, ports, airports — the greater the opportunity to leverage the port’s strategic potential in stage two.

India’s stage-two launching pad constitutes an economic thrust in the region to Iran and Afghanistan’s gain.

Afghanistan could finally stabilise its chaotic economy by freely partaking in domestic and foreign trade, reducing its transportation costs, and securely accessing global markets — India’s, Iran’s, and further-flung — which would feed back as more Afghan internal development.

In making its own contribution, the Afghan government must support domestic private sector growth and create a climate conducive to private investment by improving physical infrastructure and providing access to capital.

Otherwise, the capacity lying dormant but expectant in Chabahar will be dead on arrival.

Also read: Pakistan's dream corridor is going to burn a hole in its pocket, and then some

#India-Afghanistan ties, #Af-pak, #Afghanistan, #Chabahar port
The views and opinions expressed in this article are those of the authors and do not necessarily reflect the official policy or position of DailyO.in or the India Today Group. The writers are solely responsible for any claims arising out of the contents of this article.

Graduate student at Columbia University, School of International Public Affairs (SIPA). He is a former economic counselor at the Embassy of Afghanistan in Washington D.C. He has served as a senior policy adviser at the Ministry of Commerce and Industry of Afghanistan.