Why everyone feels threatened by Jignesh Mevani and Chandrashekhar Azad

Chandrashekhar Azad and Jignesh Mevani are two of the most exciting figures in contemporary Indian social movement history. Both Dalit leaders - one from Uttar Pradesh (UP) and the other from Gujarat - they are charismatic young men who offer possibilities of a new and vibrant Dalit movement in a national landscape as riven by caste as ever. 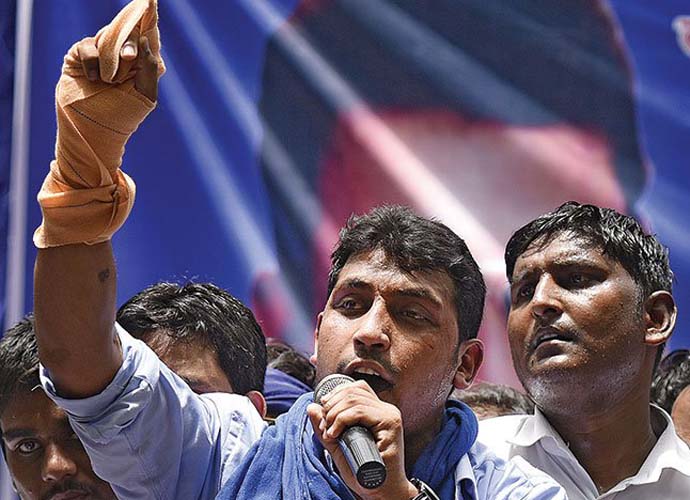 Both are lawyers, both are Ambedkarite - Azad more than Mevani - and both are modern rationalists in the Ambedkarite tradition. To be sure, they are not Dalit Panthers. Azad, despite the fact that he calls his group an army, spends most of his efforts on ensuring education for Dalit children. Mevani works to ensure land officially belonging to Dalits is returned to them. Both are constitutional leaders, believers in the rule of law, anti-violence and careful to defuse any situation that has the potential to turn violent. Despite widespread claims that both either incite or actually preach violence they have been against stoking of conflict between Dalits and Muslims or retaliatory actions against upper caste violence.

It is symptomatic of our times that despite this, both are seen as terrifying threats to the Indian state, the media and the right wing middle and upper castes and classes in India - all of which amount to the same thing really.

Bhim Army chief Azad is in jail under a battery of false cases since June 2017. More recently the UP government has extended his detention under the National Security Act, an absurd law to invoke in his case. Mevani is constantly attacked in the media, especially since he joined electoral politics and won a seat in Vadgam, Gujarat. Recently he came under fire for refusing to entertain Republic TV in Chennai and for offering a critical appraisal of BR Ambedkar which was predictably and deliberately taken out of context.

Why are the two such threats despite being no more than militant liberals?

Part of the answer lies in the fact that they have an Ambedkarite pride in their Dalit identity and are very clear that it is their right and duty not to be quiet in the face of caste-based abuse and exploitation. In the feudal state of Uttar Pradesh, Azad and Mevani have emerged as a formidable challenge at a time the threat posed by the Kanshi Ram-Mayawati brand of politics lost both substance and direction. The BJP therefore considers it important to quash them and their politics at all costs. In the deeply communal Gujarat, the mobilisation of Dalits and Muslims by a dynamic leader can spell doom for the dominant BJP. The recent elections and Mevani's thumping victory was a taste of that destabilising effect for the dominant party.

Both men are also articulate and not fooled by any of the smokescreen discourses of the dominant party. If Mevani is the more urbane and suave of the two, Azad has a clarity born from being grounded in his location and a compassion that gives his home-grown north Indian machismo an unusual edge. This is why both are an anathema to the mostly inarticulate, unintelligent leaders of the dominant, or indeed, any party.

Both men came to prominence over democratic contestations of violence against Dalits. In Mevani's case, it was the atrocity in Una; in Azad's case the atrocity in Shabbirpur. This is really at the heart of the hatred, fear and resentment directed against the two. They are not going to remain silent about atrocities against Dalits and their responses to it are not reactive but proactive, collective and systematic.

Mevani has openly spoken in support of Azad, particularly after his arrest. The combination of the two men is more frightening than taking on them individually. Mevani has the theoretical tools and a critical engagement with history, Ambedkarite and otherwise. His speech taken out of the context by the media recently shows that he is neither hagiographic about Ambedkar nor his Communist heroes and knows that historical circumstances have changed and so must theories, even as his primary commitment to their vision remains. Azad has a hands-on engagement with the community which forms the foundation of his politics but his vision is resolutely and uncritically Ambedkarite. 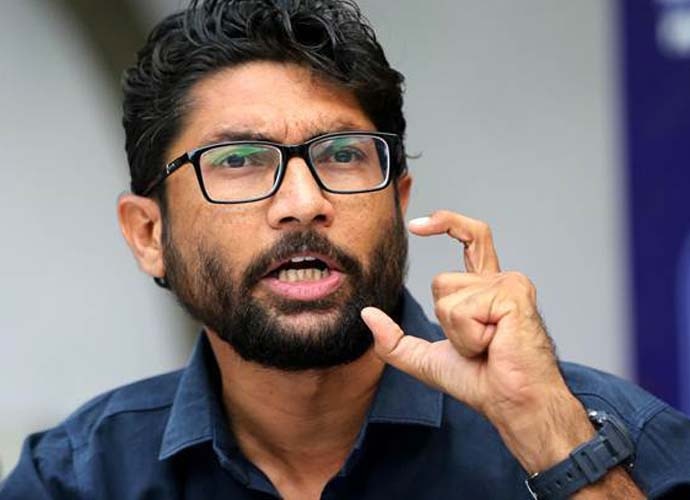 Both have much to offer each other and what is important is that both are cognisant of the need to combine theoretical vision and grassroots politics. Mevani sees himself as a social movement activist; Azad sees himself as putting Ambedkarite thinking into action. Both have much to say to each other. But with a hostile state, media and middle class combine, things are not easy for them. The internet Ambedkarites are mostly silent about them, when not critical of them. That is the privilege of internet activists. They do not have to get their hands dirty.

It is important for us to nurture these two young men. They are by no means perfect but they are the best we have. On gender, their thinking has not gone very far. On the issue of politics of sexuality, they have not thought much. Neither of them is in touch with his subconscious - both deal mainly with the rational and the legal/constitutional - but it is our duty to widen the scope of their vision.

In the mindlessly neoliberal, rabidly anti-intellectual and activism-phobic times we live in, they are reminders that not all is lost. Not fooled by hyper nationalism, grounded in local struggles and unafraid to stand up for who they are, Chandrashekhar Azad and Jignesh Mevani might well be the reasons for us to start thinking again.

That they are both really handsome and hot is just an added bonus.

Also read: What to expect for India's unemployed millions in Budget 2018-19