No Chetan Bhagat, politics is not entertainment

An entire column to respond to a tweet can seem facetious. But then, Chetan Bhagat is no ordinary man.

His books sell millions of copies. His newspaper columns may not be read as widely, but clearly, his is one influential voice. He is also often wrong — but naturally, he is entitled to his views. This column is my view of the matter.

A recent tweet of his went: “Enjoy politics and elections. Have a view. But don’t waste too much time on politics. Chances are no matter who comes to power, how well you do in life will depend on how hard you work, not who gets elected.”

For many of us, this would sound familiar. This is the kind of advice you would get on WhatsApp groups, from friends who think you are taking politics too seriously. This would happen especially when you disagree with their politics. But more often than not, you would hear this from people whose idea of politics is sharing "Pappu" jokes; are fiercely nationalistic; do not care for human rights; believe in merit and not reservations; in enterprise, not welfare; are capitalists, not leftists, and so on. In today’s times, they are “model citizens”, and they seek to mask their attitudes under an apolitical stance. 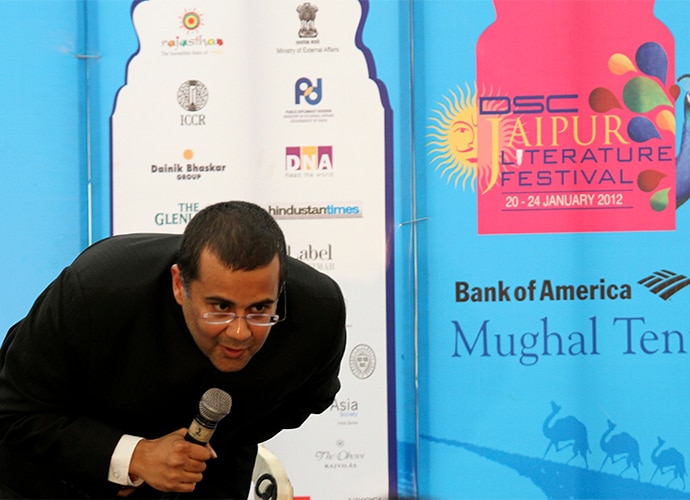 So even though I recognise genuine concern when I see it, I am forced to point out that it is wrong advice. Politics is not a spectator sport. It is not something for us to distance ourselves from, and use vicariously for our entertainment. My point is not that people ought to stay away from politics. On the contrary, they must read more, engage seriously, and express themselves. Those who engage with politics frivolously, usually do so for one or more of these following reasons:

Those who don’t care about public services that the government is responsible for: many amongst us do not care about accessing, or the quality of, basic services the government is responsible for. Most of us can depend on private providers, and have effectively checked out of the state-system. Our children go to private schools, we can afford private hospitals, public transport isn’t critical to how we move, etc. That may be okay, but what isn’t is to not have empathy for those who are dependent on the public system, and to recognise that the government still has a role to play in this highly unequal society of ours.

Politics has a critical role in how power relations are organised and maintained in today's world. Those who can afford to say they don’t care about how these power-relations work need to honestly check whether these are manifested on their daily lives. One may not be affected by the politics of the day, or may take refuge under the fact that they comply fully with what the government of the day terms “acceptable”. Answers to questions such as “do you stand up for the national anthem”, “do you eat beef”, or “are you happy to link your Aadhaar with your bank account” might determine how “safe” you are today, but this is no way to live in a democracy.

The issue is that when we don't care about politics, we reduce it to the packaging — the laser shows, holograms and masks. We want to stay above messy politics, and that usually means that we don't engage with the political and social agendas of political parties. We also don't want to ask what a party’s manifesto says, because we assume that the substantive bits of governance are delinked from political parties and their campaigns.

This superficiality also comes from viewing politics as fiction — just like the "angry young men" in our movies, we await a messiah, who can pummel the bad guys and win the day. The appeal of a strongman, and the miracles he can work, comes from there. Real-life examples — however stretched the comparisons may be — are convenient alibis. Hence, we lament how India could not become a Singapore. On the other hand, we are agitated that we have not become a China either, because the freedoms and liberal values that our democracy has given us seem dispensable at the altar of material wealth and global superpower-dom. For those of us who care at least about perceptions — our politicians determine how our country is perceived globally.

Politics is not entertainment. Its purpose is not to entertain us. The earthy wit and the rustic charm of politicians, who usually are nothing like you and I are, can be entertaining. So are the gaffes that politicians make, and the sharp rebukes through memes and cartoons and columns that we throw at them. But at its heart, politics matters, and well-informed engagement with politics matters. When we engage with politics frivolously, insidious agendas win and falsehoods prevail, because they know that they will not be held to any serious degree of scrutiny.

Finally, a word on social media. With the explosion of social media, millions of more voices have emerged into the mainstream and that is a good thing in itself, but with one critical problem — the lopsided distribution of these voices along class and social strata. Technology is a great enabler — but it always enables those who are well-positioned to reap its benefits. As voices from the rich and the middle class dominate, the marginalised poor remain where they are, and go largely unheard. And this too is politics.