How the Congress implemented Gandhi's vision in Chhattisgarh

When the entire country is reeling from unprecedented recession and unemployment, Chhattisgarh has bucked the trend.

In a democracy, the government is a repository of the people's trust and, therefore, it is entrusted with their welfare, empowerment and prosperity. So, governance — or a government's management of regime structures — should be such that it raises their legitimacy in the eyes of the people.

In 2018, when we went to the people of Chhattisgarh, soliciting their votes, we were flooded with stories of brazen 'breach of trust' by a government in which they had reposed their faith for 15 long years. The government used the people's trust to gradually dispossess them of their land, forests, water and, above all, their dignity, the people said.

So, when voters placed this trust in us by giving us an unprecedented three-fourth majority in the Assembly elections, we knew that we had to restore to them all that they had been dispossessed of. While planning for land and forests, we knew that a poor but proud farmer does not own much except honour and dignity, which he values above anything else. The first step towards restoring dignity was to recognise his labour and give a fair value to his produce. 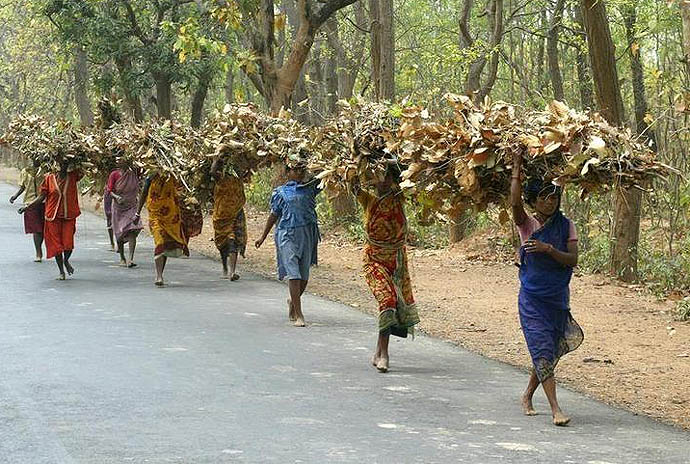 We also addressed farmers' indebtedness. So, one of our first decisions was to fix a price of Rs 2,500 per quintal of paddy and Rs 4,000 per bag of tendu leaves and a comprehensive farm loan waiver. The paddy price is not just an election promise or distress remedy for us, but is at the heart of our philosophy of governance. This is now being recognised as the 'Chhattisgarh model of development'.

As children, stories of the legendary King Vikramaditya were our favourite and we were told that in his kingdom anyone who could not sell his goods through the day could sell them to the state in the evening. This caught our fancy, as it would be great to be able to sell unlimited goods in one go.

However, now we understand that it implied an economy designed to meet everyone's needs and ensure each one's dignity. It was a time when no one could produce in an unlimited manner as all produce came straight from the individual's labour which contained the best of his skills and enterprise.

When the produce is attuned to the people's needs, no artificial demand needs to be created through aggressive marketing and unsold goods imply disrespect towards the producer and someone being deprived of his needs. So, the state guaranteed purchase at fair price, to address these issues and also to prevent debt creation. Today, I understand why the people of our country cherished this imaginary tale for so long, for this is their idea of a welfare state, where the people decided their needs and welfare, with the state acting as a mere guarantor.

By deciding to buy the farmers' entire produce at a fair and dignified price, we were creating an environment where they are not forced to abandon farming and migrate to cities that are not equipped to employ them. In this scenario, proprietors of lands are not forced into undignified terms of labour and the country's food security is not handed over to some corporations. Also associated with this is our idea of a self-sustained agro sector with control over its seeds, manure and water. For this, we started the ambitious programmes of 'Narwa, Garwa, Ghurwa and Baari' which roughly translates to rivulets, cattle, compost and fields.

This is also our reassertion of our commitment to Gandhiji's idea of an 'economy of permanence' and gram swaraj. I have also maintained that the 2018 election campaign was a 'Faizpur' moment for us, commemorating the time when Pandit Jawaharlal Nehru established the farmers' cause as a central concern of the Indian National Congress.

The results are already evident. When the entire country is reeling from unprecedented recession and unemployment, Chhattisgarh has bucked the trend. The limits of a bubble economy have been breached. While cronyism has killed the spirit and courage of entrepreneurs, the depressed farm sector has killed demand.

The agrarian sector is going through its worst phase since Independence. Farm prices have been kept flat over the last six years with negligible raise in minimum support price (MSP), while input costs are skyrocketing, as the Centre refuses to pass on the benefits of low oil prices to consumers - we know that fertilisers are essentially hydrocarbon-based.

Moreover, demonetisation broke the back of agro-business - the farmer could not pay for labour and inputs, and the mandis could not buy his produce. Farm prices crashed and the gap between MSP and real prices realised soared.

Ensured buying by the state prevented this collapse in Chhattisgarh, with Rs 20,000 crore pumped into the rural economy and directly into the hands of the farmers. This has spurred demand.

In 2019, when the automobile sales fell 19 per cent across the country, there was a 36 per cent rise in sales in Chhattisgarh. The sale of bullion and jewellery has seen a jump and even stamp duty realisation on land sales have registered a 90 per cent rise despite lowering of circle rates by 33 per cent. More importantly, while the country faces the worst unemployment rates in 45 years, Chhattisgarh has witnessed a fall in unemployment with about 5 lakh new employment opportunities created.

We have also witnessed a rise in farming units as many returned to their lands, reclaiming their dignity as farmers. While the numbers keep coming, I believe these are just the green shoots of an economy and society battered by a corrupt and absurd idea of development, based on awarding construction tenders to cronies, developing ghost cities and malls.