India and China have been locked in an "eyeball-to-eyeball" face-off for two months now. A snowy expanse that is barely inhabited by humans and has nothing better than icy winds on offer is the bone of contention. And yet, geography assumes such great significance that this undulating plateau has two nuclear powers locked in a stand-off.

This piece of Bhutanese territory is at the junction that it shares with its two outsized neighbours - India and China. Further, to its south lies India’s tenuous link to its seven northeastern states, the Siliguri Corridor. Some of these states have insurgencies simmering for half a century. Some of these insurgent groups use Chinese weapons while a few of their leaders are based in China. The Siliguri Corridor is less than 20 km deep at places. A road through Doklam allows the Chinese easier access to this lifeline to the Indian northeastern states.

But, Doklam is Bhutanese territory. Why should China select Doklam for its expansion when the India-China border provides for such opportunities elsewhere?

The winning argument is perhaps the wrongly assessed Chinese appreciation that Doklam being in Bhutan, Indians would be slow, even reluctant to react. The Bhutanese wouldn’t dare to either, and the Chinese would get their road across the plateau to address India’s vulnerability more emphatically.

Beyond that, the Chinese strategic objective may have been to prove the point that India is too weak to oppose China in the region. The intention may also have been to send a message to south and south-east nations of the futility of partnering with India. India's reluctance to respond decisively would have also weakened its influence on Bhutan, decisively. 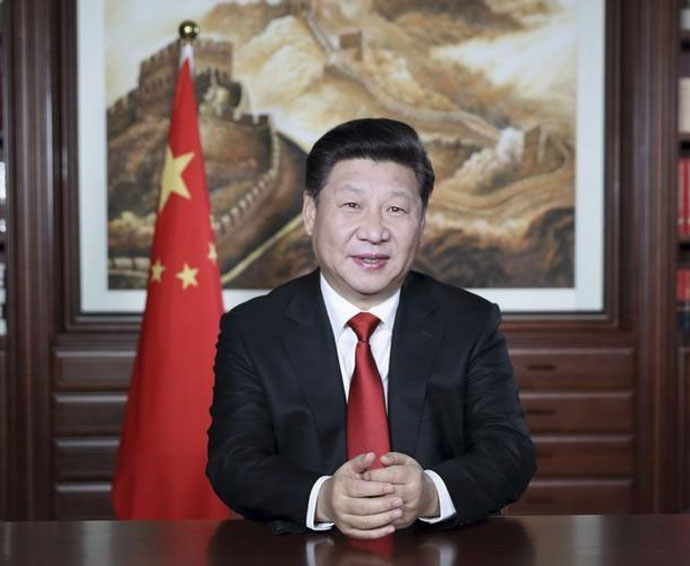 The Doklam issue has been magnified considerably by the Chinese state-controlled media.

At Doklam, the sequence of events that did roll out perhaps foxed the dragon. Indians reacted swiftly, with more than adequate force and uncompromisingly. After the initial jostling between troops from both nations, a thin barbed wire coil separates them.

Indian Army's mountain divisions tasked to guard the sector would have got their act together by now, sealing all Chinese military options in Sikkim - the Indian state that borders Bhutan. There are reports of the annual operational alert (that these formations practice) that the move to their hot war locations were preponed.

Should Doklam flare up, the altitudes at which the battle will be fought in Sikkim is above 14,000 feet. To be attacking with a definite objective of winning, a force ratio superiority of over 6:1 is also considered insufficient in such terrain configurations.

It’s a ratio that neither side can muster. In those lofty mountains, technology does count, but boots on ground and preponderance of artillery remain the prime assets. Of course, sound communications and logistics remain a must in all situations.

For the Chinese to launch an offensive in another sector where they have relative advantage, would only result in the Indians doing the same in sectors where the advantage lies with them.

It could escalate a very localised incident to a greater conflagration. Not the kind of act that a sane leadership in either of the countries would want.

The Doklam issue has been magnified considerably by the Chinese state-controlled media ventilating continuously and far too aggressively. It has led to the Chinese painting themselves into a corner, sharply lowering the possibilities of easing the situation through the process of dialogue.

It’s also led to attracting the attention of the whole world. South and Southeast Asian countries, already victims of Chinese bullying, are the ones closely watching every step being taken by the two nuclear powers. The wisdom of Chinese media blitz is debatable.

Fortunately, the Indian government has not tried to keep pace with the Chinese tirade and that provides a window of opportunity for settling the issue.

Reportedly, China has agreed to withdraw its troops 100 metres from the stand-off point, while the Indians want them to go back 250 metres. Though 150-odd metres hardly makes a difference, the problem is rooted in the Indian experiences of the past.

Creeping in a few hundred yards at a time, and trying the same trick again next year has been their practice along some of our borders. Perforce, the Indian side wants to emphasise that in Doklam the lines are inviolable.

Bhutan has also emphatically asked the Chinese to move out of its territory. Bhutan, however, has made no such statements about Indian troops. However, Chinese president Xi Jinping would not like to appear a weak man who tried to bite more than he can chew.

China needs to realise that smaller states in its neighbourhood and in the South China Sea will develop closer relationships with it only if it displays adequate respect for these countries.

Using threats and coercion will only drive its neighbours into the American arms. Incidents such as Doklam will also lead to strengthening the India-US relations.

India will need some deft diplomacy that would allow the Chinese to withdraw without losing face. With winters not too far away it would stress the logistics of both sides if the confrontation continues.

The obvious first step is both sides returning to their old positions. If the Indians can also ensure a commitment from the Chinese to abide by their agreement with the Bhutanese to peacefully resolve their border problems, perhaps most of the battle is won.

Hopefully, they will want to maintain peace and tranquillity along the borders, hereafter.

If volatility along the borders escalates, trade between the two countries is bound to suffer. Nations currently on board the Belt and Road Initiative, would also become apprehensive.