China-Nepal ties are deepening. What can India do?

After his much hyped visit to India, where the Chinese President Xi Jinping failed to impress most, Xi landed in Nepal bearing gifts and sweet talk. And he certainly managed to impress most. Xi's visit was the first by a Chinese leader to the Himalayan country in 23 years.

It resulted in a pledge of around $500 million in economic aid for Nepal and the signing of 20 agreements across a range of areas from health and agriculture to tourism and infrastructure. While Xi promised to upgrade the Arniko Highway linking Kathmandu with Tatopani transit point, the highlight was the pact to conduct a feasibility study for an ambitious Chinese-built railway through the Himalayas. 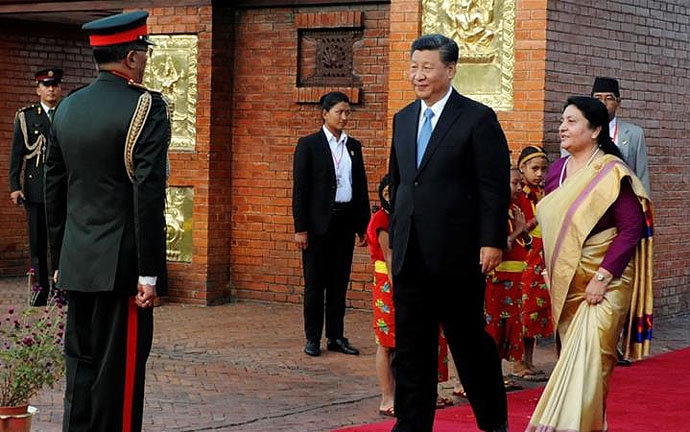 Xi Jinping's visit to Nepal was the first by a Chinese leader to the Himalayan country in 23 years.(Photo: Reuters)

With the proposed cross-border railway spanning 70 kilometres, connecting Kerang in Tibet with Nepal's capital city of Kathmandu, the Chinese President could underscore his intent to "help Nepal realise its dream of becoming a land-linked country from landlocked one".

Nepal has already signed onto Beijing's Belt and Road Initiative and sees enhancing its connectivity options as key to reducing its dependence on India. China has a critical role in this. Not surprising, therefore, that Xi was euphoric in expressing his sentiments.

"China and Nepal are bound by mountains and rivers, and stay as close as lips and teeth," suggested the Chinese President during his visit to Nepal. The fact that the Chinese Communist Party has found an ideological opening in Nepal with the ruling Nepal Communist Party only helps to cement this bond. Just last month "Xi Jinping Thought" was discussed at a two-day conference by members of the communist parties from the two nations, underlining the ideological convergence between Beijing and Kathmandu.

During Xi's visit, Nepal reiterated its commitment to 'One-China policy', promising not to allow any force to use its territory against China. Home to around 20,000 Tibetan exiles, the Tibet issue has played a major role in the way China-Nepal ties have evolved over the years.

The greater influence of Beijing is making life difficult for Tibetans living in exile in Nepal. Though the signing of an extradition treaty that could allow China to remove Tibetan refugees from Nepal was deferred during Xi's visit, the Chinese President pointedly used the Nepalese soil to send an unambiguous message: "Anyone attempting to split China in any part of the country will end in crushed bodies and shattered bones... And any external forces backing such attempts dividing China will be deemed by the Chinese people as pipe-dreaming," he clarified.

"A yam between two rocks", was how the founder of Nepal, Prithvi Narayan Shah, described the kingdom, given the pivotal geostrategic location of Nepal, landlocked between China and India. In 1955, Nepal established diplomatic relations with China, recognising Tibet as part of China in 1956.

Since the mid-19th century, Tibet, rather than Nepal, had served as India's buffer with China. The role of this buffer passed on to Nepal after the Chinese annexation of Tibet. It became imperative for New Delhi to deny China direct access to Nepal because of the vulnerability of India's Gangetic Plain, containing critical human and economic resources. For China, the growing influence of India had grave implications for its security considerations, especially as regards Tibet. Thus, preserving the balance of power in southern Asia in its favour and securing Nepal's active cooperation to prevent its rivals' use of the country for anti-Chinese activities became principal strategic objectives of Beijing's Nepal policy. Today, however, China's interests and presence in Nepal go far beyond the Tibet issue. 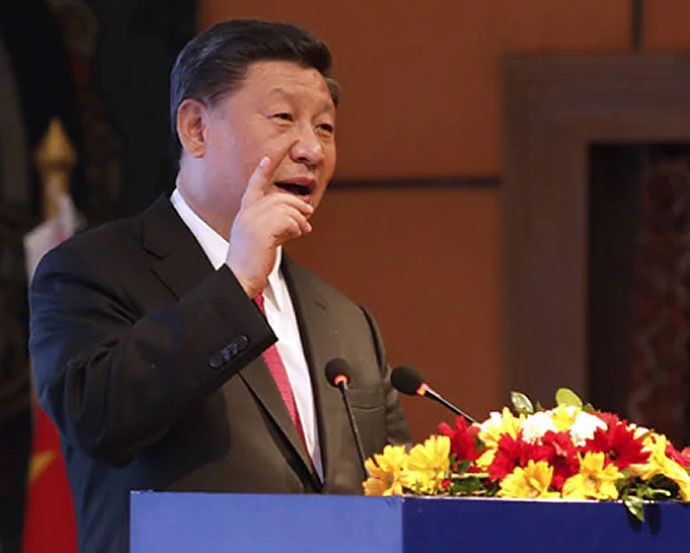 Since the mid-19th century Tibet, rather than Nepal, had served as India's buffer with China. (Photo: Reuters)

Indo-Nepalese relations took a turn for the worse from late 2015, with Kathmandu blaming India for worsening fuel shortages, and accusing India of imposing an informal yet effective blockade on Nepal, in support of Madhesi protesters against the new Constitution, by not allowing fuel trucks to cross the border from India into Nepal. New Delhi blamed this disruption on the mass protests within Nepal. The mountain kingdom imports almost all of its oil through India, and road links to China through the Himalayas have been blocked since the earthquakes of April and May 2015. As tensions with India mounted, China reopened its border with Nepal, in Tibet.

The Modi government has made outreach to Nepal a priority its 'Neighbourhood First' policy. Yet, Chinese growing presence in Nepal is a reality that India can do little about. There is no point bemoaning the Chinese presence. Instead, India should be providing an alternative narrative for India-Nepal ties, one that takes into account longstanding people-to-people ties and cultural connect even as it underscores New Delhi's commitment for an equitable and sustainable partnership between two sovereign nations. India should hear carefully what the new generation of Nepalese is saying and Kathmandu should also take into account the changing aspirations of a 'New India'. Relations between two neighbours as close as Nepal and India are too important to be left to vagaries of third parties.

Also read: What went unsaid between Modi and Xi