Why China is worried about Donald Trump’s North Korea gambit

Chinese President Xi Jinping has stepped up his effort to ease his fraught relationship with North Korean ruler Kim Jong Un by hosting him for the third time in less than three months. The fanfare with which Xi received Kim this week could not mask Beijing’s anxieties over the fast-paced developments on the Korean Peninsula ever since US President Donald Trump changed his country’s North Korea policy. 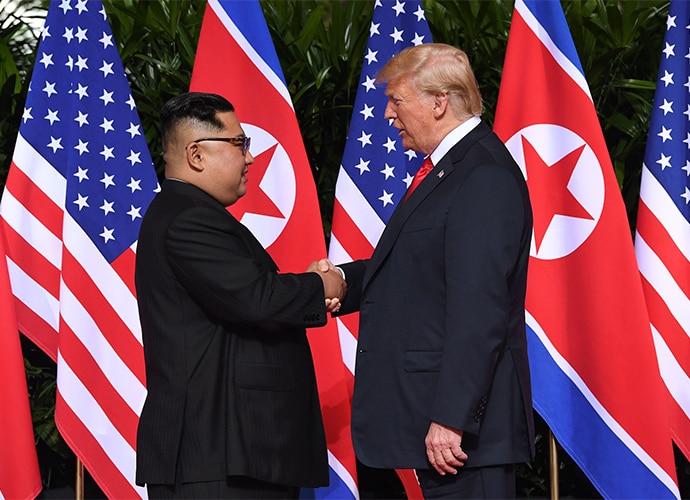 When they met - why the Santosa Summit was so important. (Photo: Reuters)

China, once the primary conduit between Washington and Pyongyang, is today at risk of being largely left on the outside. The White House has eroded China’s leverage by establishing a direct phone link — a virtual hotline — to Kim.

In fact, Trump, by directly engaging Pyongyang over a nuclear and peace deal, has effectively cut out the middleman, China. 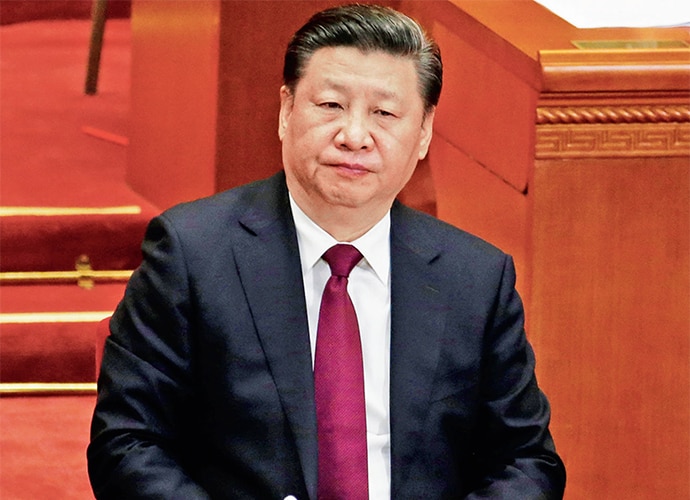 Beijing, which values North Korea as a strategic buffer against the U.S. military presence in South Korea, has reason to be suspicious of Kim’s overtures to America and the Trump administration’s direct dealings with Pyongyang. At the centre of Trump’s North Korea diplomacy is an effort to marginalize China’s regional role.

A 1961 “friendship treaty” obligates China and North Korea to aid each other if attacked. But as bilateral relations soured in recent years, Chinese analysts criticized the pact as outdated. Indeed, China’s carefully nurtured “blood relations” with North Korea began coming under pressure almost as soon as Kim succeeded his father, Kim Jong Il, in late 2011. A break from the past. Kim Jong Un has not looked upon China as kindly as his father did. (Photo: Reuters)

Today, Beijing fears being sidelined in its own strategic backyard.

It is apprehensive that, just as it turned against the Soviet Union after the Nixon-Kissinger “opening” in the early 1970s, its estranged ally, North Korea, could similarly switch allegiances. Kim, however, seems more interested in achieving a limited goal — rebalancing his foreign policy by mending fences with the US so as to lessen North Korea’s economic and security reliance on its millennial rival, China. The path to North Korea’s denuclearization promises to be long and difficult. However, the Trump administration, by bypassing Beijing and establishing direct links with Pyongyang, has heightened China’s worries.

Trump’s critics, however, have claimed that his epochal summit with Kim was a diplomatic windfall for China. They have also accused Trump of making major concessions in exchange for securing vague commitments with no clear timelines. The only concession Trump made — suspension of US war games with South Korea as a gesture of good faith — is easily reversible if negotiations do not yield progress. Regular military training has not been halted.

To Trump’s credit, he has correctly described as “very provocative” the US-led war games, which, with live-fire drills, simulate a full-scale invasion of North Korea every spring. Critics are upset that he has lifted the pretence that these war games are routine military exercises and defensive in nature.

To be sure, in what became known as the “freeze for freeze” formula, Beijing last September proposed the suspension of the US war games in exchange for a North Korean moratorium on nuclear and missile testing. It was Kim, however, who undermined the Chinese proposal by unilaterally declaring a test moratorium in April without any reciprocal US concession.

Under Barack Obama, Washington helped end Myanmar’s international isolation, with the US president paying a historic visit to that county in 2012 — a trip that led to Myanmar cutting its dependence on China. Now Trump is encouraging another isolated, China-dependent state, North Korea, to end its international pariah status. When Barack visited Myanmar, opening up the nation. (Photo: Reuters)

North Korea is resource-rich like Myanmar. North Korea, however, is armed with potent nuclear and missile capabilities. North Korea is also a homogenous and regimented society — In contrast to ethnically diverse Myanmar, the seat of the world’s longest-raging civil war that has pitted the ethnic-Burman majority against many of the minority groups since the country’s independence in 1948.

Trump is right that, at this stage, transforming the US-North Korea relationship matters more than denuclearization.

If the West encourages Kim’s efforts to modernize the North Korean economy — just as it aided China’s economic rise — it will help to moderate Pyongyang’s behavior. Economic engagement can achieve a lot more than economic sanctions, which counterproductively accelerated North Korea’s nuclear and missile advances.

Instead of helping North Korea to escape from China’s clutches, US policy under Trump’s predecessors helped Beijing to play the North Korea card against America and its regional allies, Japan and South Korea. Beijing also sought to string the Trump-led US along on North Korea — until Washington established direct contact with Pyongyang.

Alarmed by Washington’s diplomatic outreach to Pyongyang, Xi has hosted Kim three times in the past three months. Xi and Trump, as they brace for a trade conflict, are both wooing Kim. But Trump’s diplomacy and direct link has given Kim — who has bristled at his country’s dependence on China and Beijing’s backing of United Nations sanctions against North Korea — new leverage with Xi on bilateral issues. 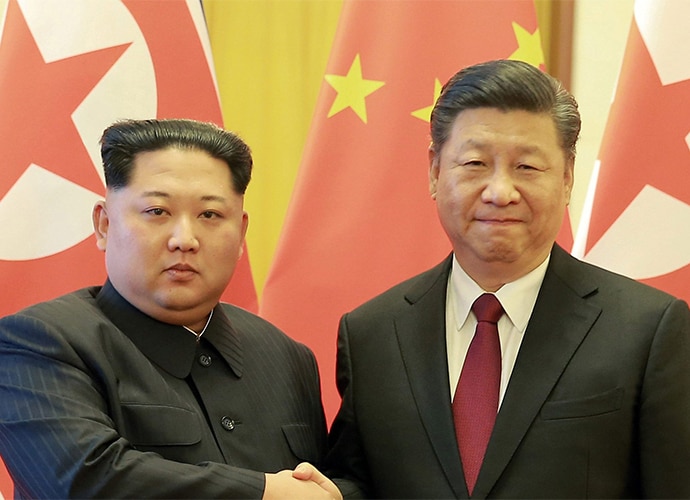 Has the balance changed? Photo: Reuters

Even before Trump took office, a shift in America’s North Korea policy had become imperative, with the sanctions-only approach proving a conspicuous failure by encouraging Pyongyang to rapidly advance its nuclear and missile capabilities. Trump’s sanctions-with-engagement policy has sought to address that imperative by seizing on Pyongyang’s desire to unlock frozen ties with America and by exploiting the growing strains in the China-North Korea ties.

The new policy has initiated a process that, even if it does not clear the path to North Korean disarmament, is likely to undermine long-term Chinese interests. Indeed, by constricting China’s regional leverage and role, Trump’s direct diplomacy promises to positively change northeast Asian geopolitics.

If North Korea distances itself from Beijing, China will be left with only Pakistan as its strategic ally.