China mocks US over Huawei in supremely cringey parody video. You will not die laughing

China has become the new Russia to the world, especially the West. And China wants to poke some fun at the West too, in a more nuanced and modern way.  So, what’s better than a witty parody video... except, we are not yet sure what the punchline was.

The Chinese state media Xinhua News put out a tweet and a YouTube video of a No Time to Die: James Bond spoof. It was titled 0.07: No Time to Die Laughing.

And it did elicit a response from the UK's top intelligence officer too. Read on to find out.

WHAT IS THE PARODY VIDEO ALL ABOUT?

The parody follows two MI6 spies, one of whom is James Pond or 0.07 and the other 0.06 or Black Window. These two spies are headed for a ‘rendezvous’ with an ‘M’ from the United States’ CIA at a castle. The spy, Black Window, updates James Pond on their mission, saying that the MI6 has made China their ‘top priority'.

She then reads out from a dossier on what China has done to raise the alarm bells, and says, “Their National Security Agency is authorised to monitor all phone and internet use in 193 countries.” 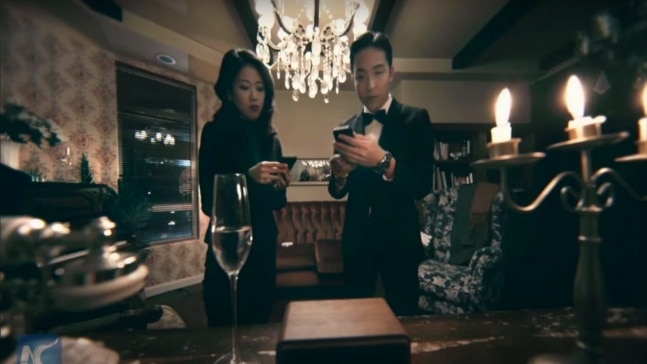 Screenshot from 'No time to die laughing'. Photo: Xinhua News

She feigns realisation on finding out that she’s accidentally reading a dossier on the US. It is supposed to be a jibe on the United States' tech privacy issues.

Then comes the voice of M, the CIA spy, who tells James Pond not to use Huawei phones. To this, Pond asks how he knew that he was considering buying a Huawei phone. This is supposed to be mocking the CIA’s reputation for wire-tapping phones.

M goes on to say that Huawei phones have become a backdoor for the Chinese government, to which Black Window replies, “There’s no shred of evidence.” This comment is a rip-off of Huawei’s statement when the allegations were made and its CFO Meng Wanzhou was held in Canada.

WHERE IS THE JOKE?

Now, the peculiar names given to the characters did evoke a chuckle or two. James Pond is also a reference to a 90s' video game character by the same name. But the more than 4-minute long parody drags on the joke unsuccessfully, and viewers are left wondering when it is ending or what the joke was.

The American and British accents used by the characters were also confusing because they just sounded the same.

The 'China being a priority' for MI6 was supposed to be a jibe at a comment made by the British Intelligence Chief Richard Moore that China has become the 'single biggest priority'.

And in a rare response, Moore tweeted back, thanking the Chinese state media for the free and unexpected publicity to his speech. He also provided a link to his speech where he made the 'China' comment.

Thank you for your interest (and the unexpected free publicity!). For those able to access the link, you can read the full speech here: https://t.co/sXZiTMzJc4

Moreover, anybody who’s aware of the entire argument on Huawei would know that the allegations are not just about a backdoor.

The issues with the Chinese tech giant run deep and mostly focus on the unhygienic cyber security practices of the company.

The writers of the parody tried to include some pop culture references too like ExSQUEEZE Me, which was literally used twice, but the essence of the comments fell flat. There was a jibe at former UK Prime Minister David Cameron and former German Chancellor Angela Merkel, but that’s irrelevant now that neither of them is in office. So, what was the point?

WHAT SOCIAL MEDIA IS SAYING

Netizens were also not thoroughly impressed by what was supposed to be a witty parody.

Whhhhhaaatt a cringe show... this shitty video alone is enough to prove that these Chinese can create any worthwhile propaganda.I am 100%, you can see Mao turning in his glass coffin out of shame.

This is truly awful, is the point of the video that you can’t do comedy pic.twitter.com/ZU3cHv5zVN

THE TIMES CHINA MOCKED THE US

This is not the first time that the Chinese state media has made parodies mocking the US or the West. The state media once released a spoof on the Covid-19 pandemic in the US with lego characters in it. This one I have to admit is witty enough, though it shows China in an extremely good light, contrary to the truth.

Then, there was also a sort of news bulletin mocking the US' exit from Afghanistan.

The United States does have its shortcomings and is definitely subject to some satire, which the US media doesn’t spare, but this particular Chinese Communist Party-sponsored parody just didn’t hit the mark. Moreover, the Chinese state media needs to address grave issues within its own country with similar wit. But of course, that would mean being wiped off from the face of Earth, no? The (supreme) leader of China will ensure that.

Pretty sure that if there is a parody on China's issues, from the Uyghur human rights violation to the government’s expansionist ideas, it would be blacked out in China.