China must pay for its actions

China must be put in its place and now is the chance to do it.

Even before the Wuhan virus crisis international relations had entered into a phase of new disruptions triggered by Trump’s inward looking, anti-globalisation and protectionist policies, erosion of multilateralism, renewed US unilateralism in repudiating the Paris climate change accord, the Iranian nuclear deal, signed trade agreements, and extra-territorial application of US laws through secondary sanctions.

The uncontrollable economic rise of China aided by the US and its allies on false assumptions that more prosperity will bring more democracy to China has been another source of disruption. Instead of behaving as an increasingly responsible stakeholder in the system that enabled its rise and transferred huge financial power to it, China has sought hegemony in Asia and promoted its Belt and Road Initiative to attach countries across the world to it politically through trade and debt dependence. Xi Jinping has disclosed his “China Dream” to be at the centre stage of international relations by 2049, with his country becoming dominant in high-tech manufacturing by 2025. The US accuses China of cyber espionage and theft of technology and is now determined to derail China’s 2025 ambitions with its international campaign against Huawei.

China’s expansionist thinking has been accompanied by an open repudiation of western values and democracy, and more authoritarianism and social control at home, with Xi arrogating all power to himself as a reincarnated Mao. China has built a technological surveillance society unprecedented in scope and scale, with a freedom-suppressing social credit system. Xi is now vaunting China’s political and economic system as superior to western-style democracy for meeting the needs of developing countries. 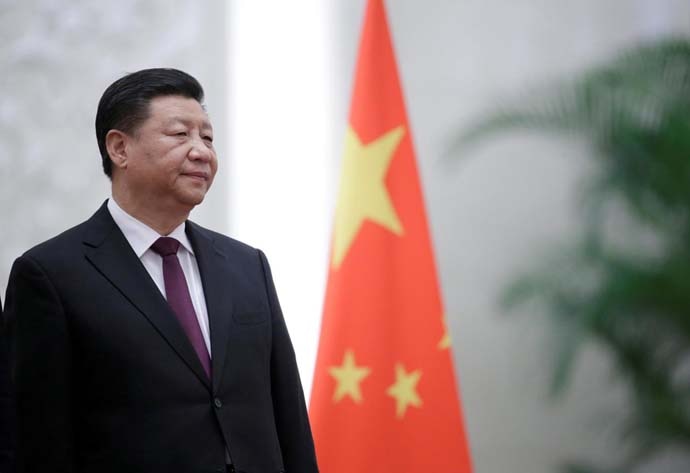 China’s expansionist thinking has been accompanied by Xi arrogating all power to himself as a reincarnated Mao. (Photo: Reuters)

Externally, China, confident of its political and economic leverages and growing military strength, has begun to challenge US power in the western Pacific, violate the Law of the Sea in the South China Sea, and exacerbate territorial disputes with Japan, Vietnam, Indonesia, Philippines and Malaysia. As the world’s second-largest economy that offers a huge market, it has weaponised economic interdependence that globalisation has fostered by threatening countries that resist it politically with the refusal to buy their products or sanction them in other ways as it has done most recently with Australia, and earlier with Japan, South Korea and Mongolia.

China has relentlessly countered India strategically and undermined its vital interests. It opposes India’s permanent membership of the UN Security Council as well as NSG membership. It shields Pakistan on the issue of terrorism against India. It is pursuing the China-Pakistan Economic Corridor in full knowledge of its illegal status. It continues to make aggressive claims on Indian territory. It has shown no inclination to clarify the Line of Actual Control, much less move towards a settlement despite 22 meetings of the Special Representatives. It counters India’s influence in its neighbourhood, most notably in Nepal and Sri Lanka, and earlier in the Maldives. Its bid to inscribe the Kashmir issue on the UN Security Council agenda once again was exceedingly provocative. It has not tried to address seriously India’s unsustainable trade deficit with it. There is virtually nothing that India can put on the positive side of the bilateral ledger of its relations with China.

US-China relations, already filled with tension and in the throes of a trade war, have further nosedived after the coronavirus pandemic. Trump is seeking an independent probe into its genesis and accountability for China’s apparent lapses. The issue has got caught up in US electoral politics.

WHO’s role in handling the would-be pandemic has been legitimately questioned in the light of the pro-Chinese leanings of its Director-General. China has unleashed its “wolf-warrior” diplomacy to oppose any demand for an independent international probe and the restoration of Taiwan as an observer at the forthcoming meeting of the World Health Assembly (WHA). Chinese diplomats are showing their obnoxious face in openly threatening countries that support an international probe and in their sharp exchanges with the US.

China’s efforts to change the Covid-19 narrative in its favour despite its clear culpability and intimidate countries that seek transparency, if only to prevent such pandemics in the future, have to be resisted. If China succeeds in thwarting the US and others in this power tussle, it will further tilt the balance in China’s favour and will boost its geopolitical ascendancy.

China must be put in its place and now is the chance to do it. India should support the demand for an international probe into the origin of this virus in the interest of transparency. India too has suffered gravely. The restoration of Taiwan’s observer status at the WHA should also be supported. The One-China policy is not inscribed in the UN Charter and is not part of any international agreement. If China wants support for its territorial integrity it must not brazenly violate the territorial integrity of others. India has ceased to endorse the One-China policy in view of China’s aggressive position against India’s unity. It is a reflection of China’s unabashed hypocrisy when it seeks support for “One China” even as it makes territorial claims on others, occupies their land and violates their sovereignty.