Why attack on Chinese consulate in Karachi should concern Beijing

The Chinese ordinarily do not show in their body language that they are rattled or upset by any untoward happening – including terror attacks. They try to put up a brave face against opposition of any kind. However, it was not the case when their much-guarded consulate in the commercial city of Karachi came under deadly attack by the terrorists on November 23. They were surely unnerved and rattled putting them to severe unease and it was more than visible.

Three terrorists with strong links to Balochistan Liberation Army (BLA) have also claimed responsibility for the lethal assault. They were all killed on the spot foiling an almost possible plan to enter inside the visa hall and cause a mayhem.

Two visa seekers from Quetta were killed as a result of the action – though it is not yet established whether this casualty was due to police firing or by an act on part of the terrorists. Consequent to the devastating terror misadventure, two policemen also perished who were immediately declared as martyrs. 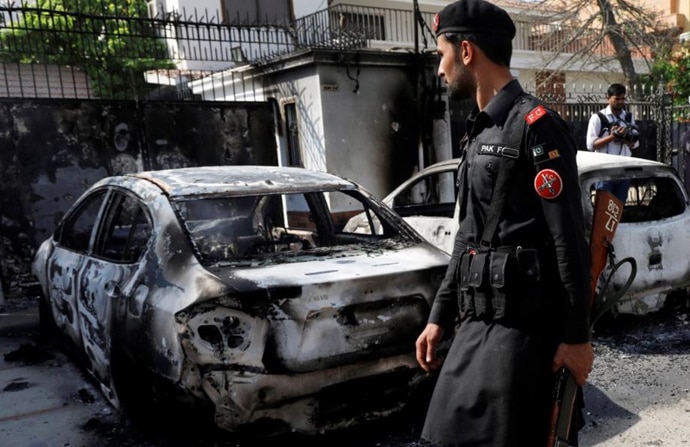 Two policemen also perished in the deadly attack on the Chinese consulate in Karachi. (Photo: Reuters)

From the police point of view, it’s significant that a young woman police officer rose to the occasion by confronting the terror challenge by leading the force from the front and neutralised the terrorists.

All said the important aspect which is noteworthy is that why would the Pakistanis target a Chinese consulate? After all, China and Pakistan are all-weather friends and very recently, Prime Minister Imran Khan visited the country on an official visit ostensibly to seek monetary help for Pakistan's depleted coffers.

Security analysts reckon that Balochistan, which is in way of the China Pakistan Economic Corridor (CPEC), is not happy with the project as it feels that Beijing is eyeing huge coal reserves in Balochistan.

Meanwhile, a segment of the Pakistan polity is also opposed to the ambitious Chinese project of connecting Gwadar port on the Arabian Sea to the Chinese province of Xinjiang. This province is always in the news for the presence of Muslim Uighurs who are often targeted by the Chinese government alleging that they foment Islamic terrorism and demand a separate autonomous region.

The attack on the Chinese consulate must compel China to introspect its own anti-terror policy and cooperate with the international fraternity to condemn terrorists patronised in Pakistan. Jaish-e-Mohammad (JeM) head Masood Azhar and Lashkar-e-Toiba (Let) chief Hafiz Sayeed are more than glaring examples of Chinese officials not condoning their terror acts even after a UN resolution. One hopes that in the aftermath of the Consulate incident, China will review its terror policy and collaborate to contain the terrorists’ acts to stop further terrorist activities. Let's go back to an incident dating back 11 years. In 2007, the famous Lal Masjid siege in Pakistan saw a deadly hostage situation and Chinese intelligence tipped of President Pervez Musharraf giving out pointed information about the Uighurs directly complicit in the Lal Masjid siege. Consequently, the Uighurs were identified and duly handed over to the Chinese as a gesture of friendship and goodwill. It is suspected that they were later executed by the Chinese. Double standards are seen on part of Pakistan – as well as China – in dealing with terrorists when their own interests are harmed .

However, contrary to expectations, Pakistan would never hand over terrorists to India despite specific information to the former about the Pakistani perpetrators. They are harboured out of a well crafted nefarious design and China supports that indifference and silence on part of Pakistan. 26/11 terrorists sheltered in Pakistan are the best illustrations .

Now the question is who could be behind this lethal attack on the consulate? It's understandable that the Balochs nurture an anger towards their own federal government for abject neglect of the province for many, many years. Seething because of this extraordinary neglect, indifference and ostrich like attitude, Balochistan has been witnessing rebellious acts of violence.

The Pakistani government conveniently blames India for sponsoring terror in Baluchistan. Significantly, Balochistan remains vulnerable and fraught with violent dissent and natural hatred for the Chinese. As such, an act by a rebel militant group to stun attack a well fortified Chinese consulate in the port city of Karachi is not altogether surprising. 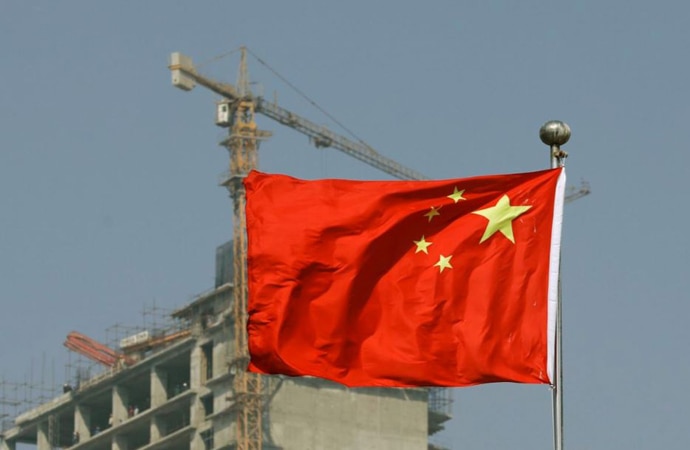 For China, abundant caution is called for. (Photo: Reuters)

In a related development, Pakistan Foreign Minister, Shah Mehmood Qureshi disclosed that the terrorists wanted a hostage like situation because they were possibly opposed to the just concluded trade agreements between China and Pakistan during Imran Khan’s recent visit to Beijing.

The foreign minister also blamed, in a veiled reference, powers responsible to derail the growing strategic relationship between China and Pakistan. Could it be a reference towards India? Its in a subdued and restrained manner perhaps to take forward the Kartapur link as well as the recent invitation to PM Modi for the SAARC summit. It could possibly be to bring in a thaw which is, however, likely to be short lived as seen in the last several decades .

However, what is clear is that China has to face this music of its own creation. Karachi being notorious for extreme violent activities with least tolerance for outsiders including the Pashtuns could be a formidable launching pad. Hence, the Chinese are likely to be the prime target for obvious reasons.

Abundant caution is called for.