A European arms dealer in an Indian jail sends out a subliminal message: even those with powerful connections to Indian politicians will not be spared.

Corruption brought down the Manmohan Singh government in 2014. Anna Hazare lit the spark. The tsunami of anger against serial scams in the UPA decade carried Narendra Modi to a historic victory. 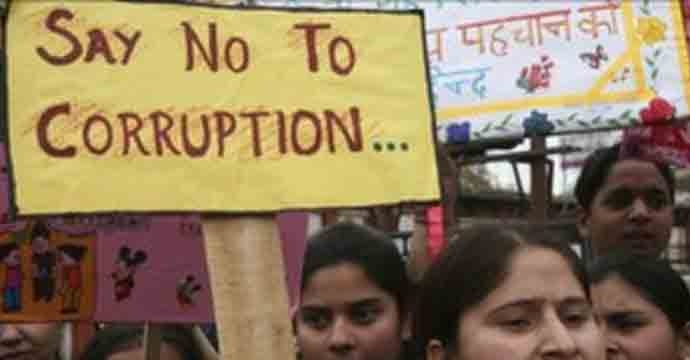 The tsunami of anger against serial scams in the UPA decade carried Narendra Modi to a historic victory. (Source: Reuters)

To rub salt into the BJP’s self-inflicted wounds, economic offenders like Vijay Mallya, Nirav Modi and Mehul Choksi fled — or were allowed to flee.

Modi’s own reputation as an anti-corruption crusader began to fall apart.

How much of that reputation can be restored with the extradition of Christian Michel from the United Arab Emirates (UAE)?

Michel is a good catch for Modi in three ways.

First, he is intrinsically tied to the Gandhi family. His father, Wolfgang Michel, who died in 2012, was a notorious arms dealer. He stalked the corridors of Lutyens Delhi in the 1980s and was reportedly close to the Gandhis. According to an investigative report by The Guardian in 2003, “Wolfgang Michel said he had ‘negotiated legitimate sales of civil aircraft to India’. Company records show he also had a business link with the French state-owned aero engine company Snecma, which powers Mirage fighters, the Airbus and Russian trainers.

The second reason why Michel’s extradition could be an electoral boon for Modi is the optics. An European arms dealer in an Indian jail sends out a subliminal message — not only is the government serious about bringing the corrupt to book, but even those with powerful connections to Indian politicians will not be spared.

Third, the fact that the government prevailed upon the UAE authorities to extradite Michel will resonate.

The Emiratis are famously protective of offenders on their soil. Till recently, the UAE was (and to an extent, still is) a safe haven for fugitives. To extract Michel from Dubai represents both a diplomatic and intelligence triumph for India. It will send a chill down the spine of terrorists and economic absconders who no longer can regard the UAE as safe refuge. Christian Michel's extradition could well be the shot in the arm that the Modi government needed. (Source: India today)

As the Rs 3,600-crore AgustaWestland case winds its way through the courts, attention will turn to Mallya, Choksi and Nirav Modi. Of the three, Mallya is the most likely to seek a settlement. After refusing to pay even the salaries of former Kingfisher airlines staff for nearly five years, Mallya is now ready to settle all dues.

Along with accrued interest, he owes over Rs 10,000 crore to banks, staff, statutory authorities (PF, service tax, airport handling charges) and other creditors. The current value of Mallya’s shareholding in United Spirits Ltd (USL) and United Breweries Ltd (UBL) is more than twice the amount he owes in totality. The rise in the stock market over the past five years, and the value of publicly listed USL and UBL shares, will ironically help Mallya retain his dollar billionaire status even after he pays 100 per cent of his dues.

The Choksi and Nirav Modi cases are more complicated. Both created fraudulent enterprises. Theirs was a pre-meditated scam built over several years. Extraditing these two fugitives will be a challenge but, after Michel’s return, they will be constantly looking over their shoulder.

Modi will fully exploit Michel’s extradition and trial in the run-up to the 2019 Lok Sabha election.

But convicting Michel will not be easy.

Do Indian investigators have enough proof? Crucially too, is there tangible evidence to tie alleged kickbacks in the AgustaWestland VVIP helicopter deal to senior Congress politicians like Sonia Gandhi and Ahmed Patel?

So far, the CBI has relied on scribbled handwritten notes from Guido Haschke, a consultant for the Finmeccanica group, to Michel, in which the cryptic annotations “FAM” and “AP” appear with amounts to be disbursed. That may not meet the high bar of legal proof.

Michel, a British national, is well connected. His sister Sasha Ozeman and mother Valerie Fooks have stood by him with Ozeman issuing public statements defending her 57-year-old brother. Michel has denied that “FAM” referred to the Gandhis or “AP” to Congress leader Ahmed Patel. If he repeats that denial in open court, the Gandhis could turn the tables on Modi by citing political vendetta.

The CBI’s record in successfully prosecuting corruption cases is hardly exemplary. It has not been able to bring closure to any of the high-profile cases that originated between 2004 and 2014.

Matters though could be different in the AgustaWestland case. The ongoing 2G case targets Congress ally DMK. The Aircel-Maxis case involves charges against former Finance Minister P Chidambaram and his son Karthik. AgustaWestland, however, goes right to the top of the Congress food chain — the Gandhis.

For Modi, Michel’s extradition couldn’t have been timed better. Congress president Rahul Gandhi has over the past few months tried to use the Rafale deal to flip the corruption narrative against Modi. Rafale though is an empty balloon floated by the Congress. There is no credible evidence of kickbacks. AgustaWestland is entirely different. There is strong circumstantial evidence that kickbacks were paid to Indians.

An Italian court observed earlier this year: "The destination — at least partial — of the illicit funding to the payment of the price of corruption of Air Chief Marshal Shashi Tyagi for his intervention in favour of AgustaWestland for the VVIP helicopters competition is validly proven."

There is thus little doubt that Finmeccanica (now Leonardo SpA), the parent company of AgustaWestland, apparently paid bribes to Indian middlemen in the political establishment to win the VVIP chopper deal. The question is — did the bribes stop at the Tyagis?

According to a report by Rahul Kanwal in India Today on December 15, 2016, “Bribes as high as 16 million euros might have been routed to one of India's most powerful political families to swing the AgustaWestland deal during UPA rule, secret notes written by British arms dealer Christian Michel reveal. India Today has exclusively accessed his emails and hand-written remarks that shed light on how the VVIP chopper scandal could have been orchestrated. Meticulously maintained by the master-middleman, Michel, the diaries provide a compelling evidence of how shadowy agents steered the Rs 3,600-crore contract that the Manmohan Singh government signed in 2010. His notes, which were seized by Italian police and handed over to the CBI later, show AgustaWestland's parent company Finmeccanica set aside 52 million euros to bribe decision-makers in India to clinch the deal. Separately, Michel mentioned 15 to 16 million euros for a ‘family’ and another three million for initials ‘AP’. He did not explain who the family or AP was.”

A separate fund for journalists, estimated at six million euros (Rs 48 crore), to write positive articles on the AgustaWestland VVIP chopper deal, was reportedly created with Michel, the principal distributor of the largesse.

After spending five days in CBI custody, Michel’s bail application will be heard on Monday, December 10.

As campaigning for the 2019 Lok Sabha election heats up following the results of the five Assembly polls on Tuesday, December 11, the arrest of Michel will again place corruption at the heart of the electoral narrative.

#Vijay Mallya, #AgustaWestland, #Rafale Deal, #Christian Michel
The views and opinions expressed in this article are those of the authors and do not necessarily reflect the official policy or position of DailyO.in or the India Today Group. The writers are solely responsible for any claims arising out of the contents of this article.