Why India's process to impeach judges is flawed

Allegations have been made against the present CJI Dipak Misra.

In January 2018, the chief justice of India (CJI) accepted the recommendation of an ad-hoc committee of three high court justices from different high courts that Allahabad High Court Justice Narayan Shukla had “disgraced the values of judicial life... (with) conduct unbecoming (and) lowering the majesty... of office”.

Grand words that shook Shukla as he was denied work by the CJI who reported the matter to the President and Prime Minister for impeachment: The Constitution allows impeachment for “proved misbehaviour or incapacity”. 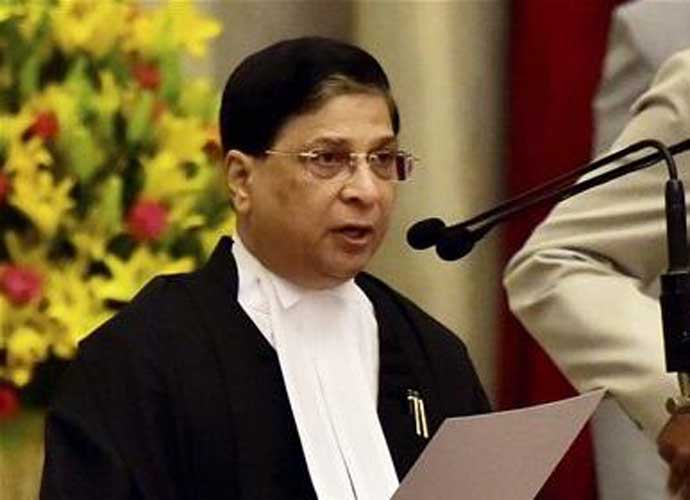 Shukla had ordered recognition of a medical institution against the express law of the Supreme Court. A mistake on law or difference of opinion does not warrant this invocation, unless there is something more by way of highly probable corruption or endemic incapacity.

The CJI claims this power from an in-house Supreme Court resolution of 1997. This in-house procedure is extra-constitutional and possibly unconstitutional. It is designed to intimidate the judge into resigning by denying him work and subjects him to public obloquy as the CJI reports his views to the PM or President and airs them in public.

The Constitution and the Judges (Inquiry) Act 1968 provide that the impeachment can only be triggered by 50 Rajya Sabha MPs or 100 Lok Sabha MPs, following which it may go to a committee which will report after which a vote will take place in both Houses of Parliament. So far, there has been no successful impeachment.

The in-house procedure of 1997 was created after the V Ramaswami controversy, giving the CJI parallel power that lacks legality given the constitutional provisions, and empowers the CJI to deny him work – a view that troubled justice Venkatachaliah in India; and separately justice William Douglas of the American Supreme Court who thought this was akin to punishment.

Sitaram Yechury wants his impeachment especially after four senior Supreme Court (SC) judges went public against CJI Misra who was, among other things, assigning controversial cases to hand-picked. Yechury’s initiative will probably not gather steam and CJI Misra will retire before any process is completed. But a piquant situation arises: the CJI is safe from “in-house” methods but he can take initiatives against all the High Court and SC judges.

A prior informal in-house procedure put pressure on chief justice of Bombay AM Bhattacharya in the 1990s to resign following a scandal. This was also the case with justice Madan of the Delhi High Court, who did not want to face impeachment. In many cases, the CJI has transferred judges from one High Court to another, which made lawyers of the transferred court protest that they were not the dumping ground for suspect judges.

Transfer is a very suspect punitive procedure. I agree with justice Bhagwati’s dissent that transfer should not be with consent. There are many escape routes, as for example when justice Pardiwala of Gujarat removed the offending part of his judgment in 2015 about “reservation”, the motion was dropped. This discloses that judgments protested by public outcry can occasion rewriting the judgment under social and political pressure. This is unacceptable.

As far as impeachment was considered, SC justice Ramaswami in 1993 was absolved by Parliament when Congress abstained in the vote. Politics triumphed over the committee’s finding of corruption or conduct unbecoming. But at least the impeachment process went the whole distance, even if it exposed the process.

justice Prem Kumar resigned in 2011 stating he had no confidence in the Committee consisting of justices Aftab Alam, Khehar and PP Rao. In 2015, justice Ganguly was absolved by the statutory committee which was re-constituted three times.

There are many design faults in our existing procedure to impeach and discipline judges.

1. The in-house procedure reposes too much power in the CJI not to just influence HC/SC judges but damn them in an extra constitutional manner through an unwarranted inhouse committee. This is what has happened to justice Shukla.

2. The impeachment procedure is political and full of exposed loopholes allowing judges to exit at different stage. What we are lacking is a disciplinary procedure other than impeachment.

Many countries have a system to pull up judges by their peers. This is necessary. Some judges do not behave properly. There should be committees in all HCs and SC for this intra-court discipline as elsewhere in the world.

This requires serious thinking whereby some disciplinary method (short of impeachment) exists that builds confidence in the public eye without compromising the independence of the judiciary. We have to trust the judiciary even if judges may not always trust each other.