Why India needs to play a larger role in the Commonwealth

Apart from its bilateral aspect, Prime Minister Narendra Modi’s visit to the UK was also significant in the context of Britain urging India to play a larger role in the Commonwealth (CW) and India’s receptiveness to the idea.

The CW gets very little attention internationally and India too has neglected it in recent years, with the Indian prime minister absenting himself from the last few summits.

India gives new forums like BRICS and now the SCO far more political attention. The UK itself has discounted the CW after joining the European Union (EU).

Now that it has decided to untether itself from the EU, it needs other platforms and partners, and India stands out prominently.

If other countries such as Japan and the US are seeking to build partnerships with India in Africa because of its positive image there and good understanding of Africa’s developmental needs, the UK would also have reason to work more closely with India in Africa.

But should India assume a more prominent role in the CW and to what end? India has built strong ties with African countries independently of its CW membership.

It has significant bilateral assistance programmes including in West African francophone countries, in areas such as education, health, IT, human resource development, capacity building using Indian expertise and so on.

Strong energy ties with African countries covering oil, natural gas as well as uranium have been built. The India-Africa Summit Forum in October 2015 gathered 51 leaders including 42 heads of state and government. Our total trade with Africa has reached $70 billion (Rs 464 thousand crore) and major expansion is possible because of rising economic graphs on both sides.

Many CW countries have large populations of Indian origin as a legacy of the British empire, of course. But India traditionally underplayed this community link with these countries. Today, India cultivates the diaspora assiduously for economic and cultural reasons. The annual Pravasi Bharatiya Divas testifies to the value we place on this connection.

With the “white” CW countries such as the UK, Canada or Australia the robust expansion of our ties has not needed the CW platform either. Indeed, the CW bond did not alleviate past difficulties with these countries over non-proliferation or human rights questions. It is because of India’s economic rise and its growing international status that partnership with India has gained value in their eyes.

The argument that the absence of China from the CW gives India a congenial platform to gain more influence on the international stage, is thin. China has made major strides in Africa very rapidly, with its trade volume with it at $200 billion (Rs 13,28,000 crore) far surpassing that of India.

It has its own China-Africa Cooperation Forum. South Africa is China’s largest economic partner, and it was China that pushed for South Africa’s membership of BRICS. China is engaged in massive infrastructure projects in Africa; it is very active in the Pacific. 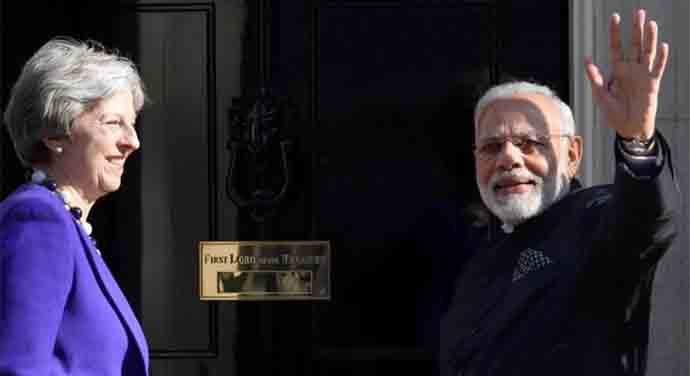 Its economic relationship with countries like Australia and Canada outclasses ours. If, however, the argument of shared values and democracy now gets play in our dialogue with the West it is because of China’s aggressive rise, its repudiation of Western values and democracy and its offer of China’s authoritarian and state-controlled political and economic governance as an alternative model for developing countries to follow.

We should evaluate our future role in the CW keeping in mind the total picture. The CW has transcended its colonial moorings — countries like Mozambique, Cameroon, Namibia, Sierra Leone and Rwanda were never part of the British empire.

India’s bilateral cooperation with CW countries will not be hindered by our stepped-up role in the organisation; it can actually be supplemented. Our ambition to be a leading power can only be facilitated by leveraging diverse multilateral platforms. A large number of CW countries are members of the International Solar Alliance, in the building of which we have played a leadership role.

Climate change issues are a common concern, and so are the mounting threats of religious radicalism and international terrorism. The international situation is becoming more uncertain because of anti-globalisation and protectionist trends.

The WTO’s developmental agenda has been discarded; indeed, the WTO itself is being sought to be weakened as the cornerstone of international trade governance.

The CW consists of 30 small states that could benefit from the guidance and help India can provide in finding solutions to their problems in the area of clean energy, digital solutions, building trade capacity, broadband connectivity and so on. We are already giving lines of credit to 10 of these states.

The challenge is how to prepare these states for the 21st century. The world is getting more complicated and competitive and India needs to be active on all international platforms and build supportive relationships. More engagement with the CW could help in this.

Our aim should be to put together a package for the small states and work through the CW to achieve our bilateral objectives with them. The India-UK joint statement commits the two countries to reinvigorate the CW and increase its relevance to small and vulnerable states.

Building cybersecurity capacity and help member states to implement the WTO’s Trade Facilitation Agreement by providing technical assistance have been identified as priorities. For India to play an enhanced role, its institutional position in the CW has to be upgraded, and it is expected it will.