The election to the Himachal Pradesh Assembly concluded on November 9, 2017. Various pundits have their fingers crossed over the poll verdict. The state is bracing up for a long wait till December 18, when the counting of votes will commence, along with those of Gujarat Assembly elections. Both the Congress and the BJP are confident of forming the government in Himachal while, since 1990, the state has followed a pattern in which every incumbent gets defeated.

Change is considered imminent, so let us examine the reasons for a shift in power:

Himachal is a small state with a population of 69 lakh and 68 Assembly segments. It has witnessed alternate governments since the 1990s, with the Congress and BJP coming to power. Sukh Ram, a rebel Congress MLA, had gone on to form a regional party called the Himachal Vikas Congress, and then an alliance with the BJP. But this experiment could not be sustained and the HVC then merged with the Congress.

This alternate government pattern seems like a natural progression due to several factors, but primarily owing to performance - hence, largely educated masses root out the incumbent due to the non-fulfilment of promises.

Another major reason is the neo-liberal framework followed post the '90s that restricted the ability of the state government to deliver, owing to a reversal of the growth trajectory developed earlier. 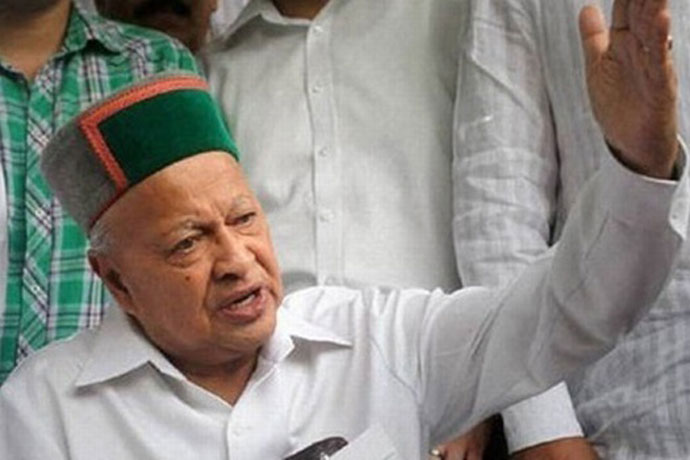 Delving into the political history of the state, one finds that important interventions were made in the '70s by the then Congress government led by Yashwant Singh Parmar. These included widespread land reforms that ran parallel to a strong peasant movement in the margins led by the Kisan Sabha, which was later usurped by the government.

This was complemented by a strong boost to basic social infrastructure - health, education, roads and electricity - in the adverse hilly terrain. The extent of this development can be estimated by official figures that show, in the late '80s, the state had met the 100 per cent electrification target and major health centres and schools were opened across Himachal.

In order to sustain such development, massive human resources were engaged in various sectors and large-scale employment was witnessed in the government sector. Himachal probably has amongst the highest per capita human resource employed in state services. During the '90s, among a population of around 50 lakh citizens, more than 2.5 lakh were government employees.

This development trajectory also led to a fiscal deficit, which was met by assistance and liberal grants from the Centre owing to the state's special category status.

The pre-90s witnessed a surge in employment and less outward migration. But post-liberalisation, massive structural changes took place in governance as also fiscal policies. For instance, the fiscal responsibility and budgetary management act (FRBM) was unanimously passed by the state legislature under coercion from the Centre - this meant the Union government would no longer fund the fiscal deficit of the state. Soon, massive cuts were made in the non-plan budgetary allocations and, in a single stroke, more than 50,000 posts in various departments were made redundant.

Service delivery and employment generation has witnessed a steep decline in the decades that followed and adversely impacted the agriculturally-backward state where forest cover makes up 70 per cent of the land, and only 10 per cent is cultivable.

Precisely this inability of successive state governments - in the backdrop of neo-liberal policies - ensured anti-incumbency.

With the Congress being the incumbent, will the BJP be voted into power in Himachal, by default, come December 18? A note of caution is necessary here, notwithstanding the fact that a Cabinet minister and many more from the Congress have joined the BJP: the implementation of the 14th finance commission will surely affect the outcome of the present elections.

The Congress, adopting a new rhetoric, highlighted that it would not resort to outsourcing when it came to regular employment. A massive recruitment drive was carried out in the last two years in various departments in which more than 45,000 people were employed or confirmed as regulars (post the completion of five years' contractual service).

In the state electricity board alone, more than 4,000 recruitments took place and other departments followed suit. More than 50 colleges and hundreds of schools and health centres were opened owing to this paradigm shift in development.

This initiated a churning in the state unlike the past when confidence in successive governments would be considerably diminished ahead of the Assembly polls. Yet, the scales have tipped slightly. Political commentators indicate that, in a first, there has been no strong undercurrent against the incumbent government. At the same time, the Modi model of governance - in the wake of demonetisation and GST - has had the masses thinking differently.

Yet, whether it will manifest itself as defeat in the elections is anybody's guess.