What no one talked of after Congress' wins: The party is back to wooing Brahmins, and stoking caste fears

The self-anointed 'saviour of Dalits' raised reservation and the restoration of the Atrocities Act in its recent campaigns.

The Congress’ victory in Chhattisgarh, and the party forming a government in Rajasthan and Madhya Pradesh despite not getting a simple majority, has spawned scores of commentaries about the Congress’ campaign.

Many liberal journalists — pretending to be neutral — are openly celebrating the return of the Congress. It is a ‘defeat of regressive, fascist politics’, they proclaim. But it is surprising how not one of them has reported on the most troubling aspect of the Congress’ campaign in the poll-bound states.

In constituencies that are upper caste-dominated, the Congress reportedly campaigned on an ‘anti-SC/ST’ plank. It apparently seized upon the issues of the restoration of the Atrocities Act and reservation in jobs and education to create an atmosphere of paranoia. Whose hand is it anyway? To urban intellectuals, Congress is liberal. But is it really? (Photo: PTI/file)

Memes from diverse groups circulated, mocking upper castes for supporting PM Modi, who ‘refuses to remove reservations and wants to make Dalits temple priests’. These flooded WhatsApp and other social media platforms. Some of these messages ridiculed upper castes for ‘accepting the leadership of Modi’, who ‘despite being a low-caste person, tries to be a leader of Hindus’. Of course, amidst all this, in Rajasthan, Congress leader CP Joshi made a casteist statement publicly.

But this is not surprising, given the trajectory of the Congress over the past several years.

The Modi-led BJP has been able to successfully weave a united spectrum of Hindu votes, and one of its most important feats was expanding its reach among Dalits, tribals and EBCs.

The Congress initially tried to counter this by creating an atmosphere of ‘Dalits under attack’, after the BJP came to power. Every local incident of violence against Dalits — which remains high irrespective of the party in power — was picked up by sections of the ‘friendly media’ and blamed on Modi and the BJP. Determined efforts were made to create a narrative of ‘Dalit-Muslim unity’ to fight the ‘oppressive BJP regime’. But the efforts were largely in vain, as demonstrated by the UP 2017 elections, where a large number of Dalits and other subaltern classes voted for the BJP.

This led to the Congress apparently dumping Dalits, and instead focusing on its traditional vote bank of Brahmins and other dominant castes.

This was visible during the Jat protests in Haryana and later, in the Rajput protests in Rajasthan. The strategy then paid rich dividends in Gujarat, where the Congress threw its weight behind the Patel agitation. But the aggressive Patel movement frightened the Dalits and other weaker castes, who ended up voting for the BJP despite incidents like Una. 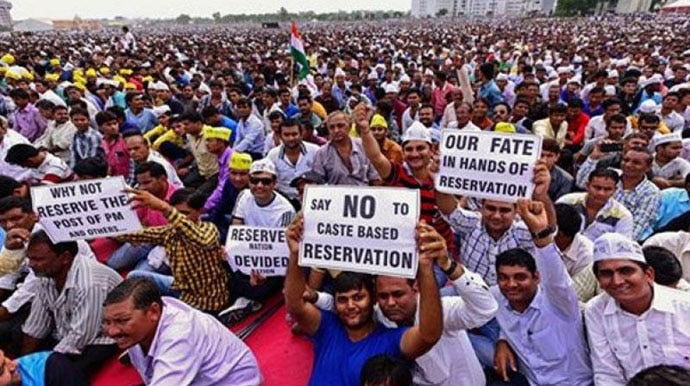 In Gujarat, the aggressive Patel movement only served to frighten the Dalits into voting for the BJP. (Photo: PTI/file)

Then the same strategy was tried in Karnataka, where the Congress tried to instigate Lingayats with the promise of a separate religion status.

And now, the Congress seems to have abandoned all pretence, and is openly positioning itself as a ‘Brahmin party’.

The Congress was always the party of upper-caste elites — especially the urban, educated Brahmins — ruling in alliance with the local dominant castes. It  dispensed patronage to the Dalits like in a feudal set-up, but, to my mind, it gave them little social mobility or share in real power.

On the one hand, the Congress is trying to win back upper castes by championing their causes and symbolisms, and on the other, is wooing the lost sections of Dalits and tribals by creating a narrative of ‘increased atrocities under the BJP’. In my view, it’s an outright negative campaign, seemingly aimed at restoring regressive social structures of power, and reversing the political gains made by subaltern sections in the past three decades.

This is a deeply troubling development.

It aims to break the still-nascent Hindu vote bank that has just started to vote on the plank of better development and good governance, looking beyond the fault lines of caste. The Congress, it seems, wants to fragment this vote bank into hostile caste camps once again.

In the recent past, it successfully duped the BJP into believing that its focus was on Dalit and Muslim votes, whereas, if the past is anything to go by, the Congress has never really cared for them — if it had, their condition would have been far better after six decades of Congress rule.

To my mind, the ‘grand old party’ only wants to keep Dalits as subordinates, with some token representation at the top via reservation and welfare schemes. One only has to read What Gandhi and Congress have done to Untouchables by Dr Ambedkar to understand the Congress’ vision for Dalits.

This is markedly opposite to the vision of PM Modi — of a market-driven economy where schemes like Make in India and Startup India promote entrepreneurship and industrialisation, and hence, in the long run, restructure the very society itself.

In this vision, welfare policies are supposed to be enablers providing basic infrastructure and support, and are not for maintaining the status-quo. 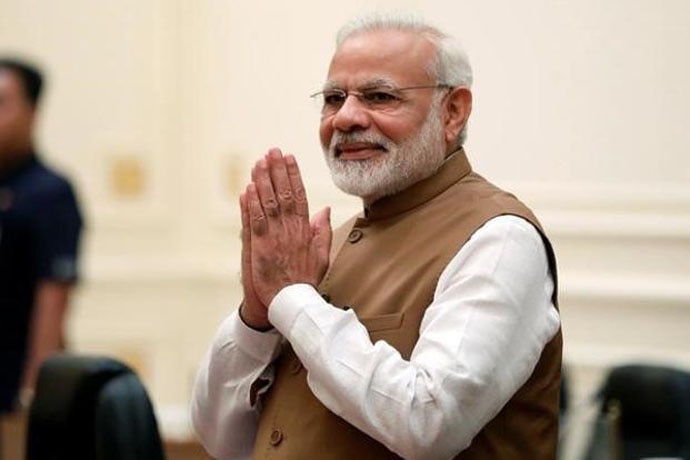 PM Modi's vision of a market-driven economy and industrialisation aims to restructure the society itself. (Photo: Reuters/file)

However, while the regressive politics of Congress might have succeeded electorally today, the BJP would do well not to abandon its principled position.

In the 1950s, even as the Congress raised the idea of abolishing zamindari, the Jana Sangh, approached by upper caste groups for help, sacrificed itself in Rajasthan on the question of land reforms — it refused to bend under the pressure of dominant upper castes, and even suffered an exodus of its party workers and elected legislators. It lost in the short term for being on the right side of history, and taking a principled moral stance, one that went beyond mere rhetoric.

Today, the BJP, too, has taken a moral and principled stance on the question of social justice and protection of SC/STs from endemic violence. It may temporarily suffer from discontent, but will emerge much stronger than before.

It is this clear vision and ability to stand by it under pressure and short-term shocks which is the strongest resistance against the Congress’ seeming attempts to revive socially regressive politics.

And the liberals may note: If they think the presence of ‘fascism’ is determined by the victory or defeat of the BJP, then their understanding of fascism is as shallow as their virtue signalling on all mundane issues.

Post your comment
#Atrocities Act, #Reservation, #Brahmins, #Congress
The views and opinions expressed in this article are those of the authors and do not necessarily reflect the official policy or position of DailyO.in or the India Today Group. The writers are solely responsible for any claims arising out of the contents of this article.