The internal battle in Madhya Pradesh Congress may well have just started.

So, what is the real reason behind Singhar’s outburst? Political watchers in Madhya Pradesh have two reasons: One, commercial and, indirectly political, and second, purely political. 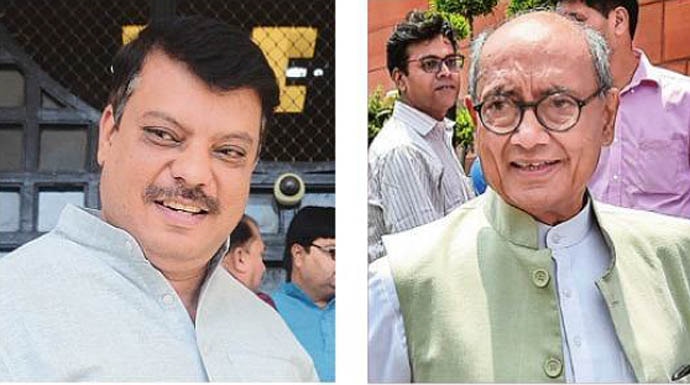 Dhar, in western Madhya Pradesh, from where Singhar hails, has a thriving liquor business, say sources. It thrives mainly because of parched throats in neighbouring Gujarat, which is a dry state. So, the posting of excise officers is important for anyone who wants a share of the pie. Soon after the change of government in Madhya Pradesh, the old beneficiaries who were linked to the previous party in power, but shared some part of the largesse with the then-Opposition leaders, had to make way for the new ones, taking it in their stride. But the former Opposition beneficiaries found themselves without anything.

They were left high and dry since a Congressman from a rival faction took over the liquor trade. The deprived group opposed the posting of excise officer Sanjiv Dubey. The attack on Singh is being seen as an outcome of support he extended to changing the new beneficiaries. On September 3, an audio recording of Dubey went viral, in which he was heard saying that he has to pay out three Congress MLAs, including Singhar, from the district and that there wasn’t enough profit in the business to do so. The release of the audio is being perceived as a counter-attack by the Digvijaya Singh camp. The excise officer has since been transferred from the district.

The other theory behind Singhar’s outburst is that the appointment of PCC president is due and he is one of the candidates, so he is opposed to Singh. Other MLAs, as if on cue, also began listing their grievances publicly. Gohad MLA Ranveer Jatav accused health minister Tulsi Silawat’s son of demanding bribes for transfers. The entire issue brought Congress’ internal divisions to the fore. The BJP milked it too. Digvijaya Singh is not known to react in such situations. The reactions follow after months at times. Singhar should be careful.

Post your comment
#Madhya Pradesh politics, #Digvijaya Singh, #Umang singhar, #Congress feud
The views and opinions expressed in this article are those of the authors and do not necessarily reflect the official policy or position of DailyO.in or the India Today Group. The writers are solely responsible for any claims arising out of the contents of this article.