Why I think Congress is the A-team of BJP: The grand old party has in fact legitimised Hindu nationalism in India's politics

Assembly elections in the states of Rajasthan, Madhya Pradesh, Chhattisgarh, Mizoram and Telangana are over. The Rahul Gandhi-led Congress has emerged victorious in three of the five states, defeating the Narendra Modi-led Bharatiya Janata Party (BJP) in a neck-and-neck fight, at least in Rajasthan and Madhya Pradesh. 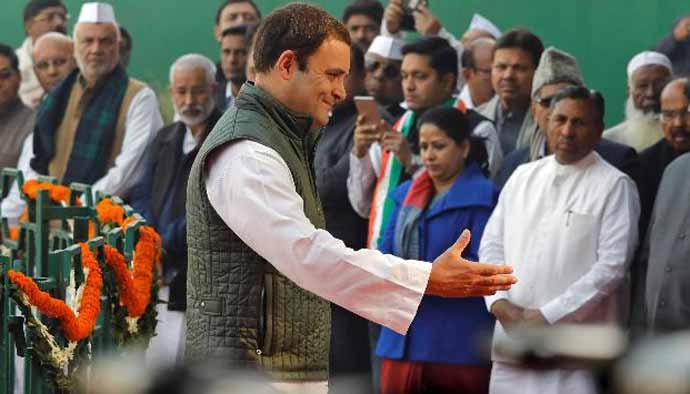 The Congress won Chhattisgarh, Madhya Pradesh and Rajasthan under the leadership of Rahul Gandhi. (Source: Reuters)

During the course of its election campaigns, the BJP tried its best to communalise the political atmosphere by appealing to the larger conscience of Hindu nationalists with the rhetoric of ‘Ali versus Bajrangbali’, propaganda promises of renaming Hyderabad city to Bhagyanagar and relaunching its Ram Janmabhoomi movement.

While this evolution of Rahul was seen as ‘smart secularism’ by G Sampath, many others have argued that by flaunting himself as a janeudhari and with his frequent temple visits, the Congress president has legitimised the politicisation of Hindu identity. 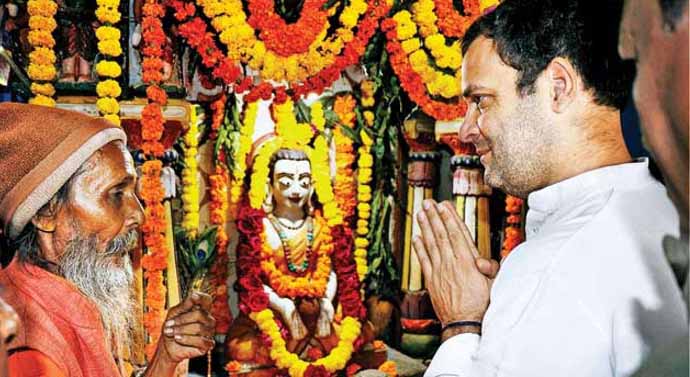 In a multi-ethnic society like India, political demonstration of pan-religious identity is not only problematic but also dangerous as it leads to segregation of the minority population. That is why when Rahul tries to Hindu-ise the Congress, he is not just doing what the BJP has been doing for decades, even if he does it in the name of ‘smart secularism’, but he is also strengthening the pre-existing belief of Hindu nationalism in the majority.

What is more dangerous is that the idea of Hindu nationalism attacks the cultural autonomy of different religious and linguistic groups that are in a minority.

As soon as the election results started projecting the Congress’ victory in three of the five contested states, political pundits started calling it 'the defeat of Hindu communalism'. The trophy of challenging and defeating this communalism was given to Rahul Gandhi, who, for the first time, had established himself as a winnable leader.

While the factors that led to the BJP’s defeat in all these five states can be debated, it is too early to call the party’s loss 'the defeat of Hindu communalism'.

Let me also take the burden of denouncing the idea that by bringing the Congress to power, India is keeping Hindu communalism at bay. Colouring us gerua: The Congress in fact led the nation towards Hindu nationalism. (Source: Reuters)

With the writing of the democratic Constitution, Jawaharlal Nehru and the Indian National Congress (INC) followed their promise of building a secular state. Nehru even condemned the intolerance of communal groups, in a May 1948 letter to the chief ministers of states, stating, “We will not recognise or encourage in any way any communal organisation which has political ends.”

Similary, in the case of Punjab, where Master Tara Singh and his followers in the Akali Dal made demands for a separate Sikh state based on religion, Nehru refused to acknowledge their demands. Instead, he worked with other Sikh leaders who chose non-communal strategies.

Nehru’s secularism made Hindu nationalist and communal politics insignificant, if not completely dead.

It is evident from the vote share that the Bharatiya Jana Sangh (BJP’s predecessor) received, which didn’t exceed more than 7.4 per cent until the formation of Janata Party in 1977, that Hindu nationalist parties did not enjoy a wide political following.

Noted American historian Stanley Wolpert in his book, A New History of India, asserts that these communal parties were simply unable to confront the INC with any ‘real issues’.

It started to decay under the leadership of his daughter Indira Gandhi, who drifted from the secularist policies of her father to the communal political factions in Punjab and Kashmir. Nehruvian secularism had a rather short life in India. (Source: India Today)

Renowned political thinker and Professor of Political Science at Brown University (US), Ashutosh Varshney, noted in his book Ethnic Conflict and Civic Life: Hindus and Muslims in India, “Indira Gandhi broke up with Nehruvian secularism in the late 1970s, when she granted recognition to Jarnail Singh Bhindranwale, the Sikh religious fundamentalist leader. Not only did she legitimise his ‘religious’ demands but also the role he was attempting to assume in the government."

By endorsing Bhindranwale’s Sikh fundamentalist group, the Damdami Taksal, Indira managed to deter the Akali Dal, which was giving tough competition to the Congress in Punjab.

Bhindranwale’s rise led to the Akali Dal’s factions being pitted against each other. For a small political gain, Indira overlooked the Damdami Taksal’s activities in support of the movement of a separate Sikh state, Khalistan. The negotiations between Indira Gandhi and Bhindranwale clearly broke with the secular exemplar set by Nehru.

Indira also drew the INC closer to the Hindu nationalist parties of Jammu in the 1983 elections, walking further away from Nehruvian secularism. She even appealed explicitly to communal sentiments among Hindu voters in Jammu, accusing the opposition of harbouring ‘anti-nationals’ and ‘pro-Pakistani’ inclinations.

Indira’s recognition of the aspirations of the Hindu nationalist groups legitimised their place in the political sphere.

Indira’s son and successor Rajiv Gandhi, in his term as Prime Minister, also violated the secular code of the country. The 1980s Shah Bano case is a classic example of how the Congress legitimised communal nationalism in Indian politics. Rajiv’s idea of bringing an ordinance to nullify the Shah Bano judgment to woo Muslim voters, which was followed by the opening of the Babri Masjid site exclusively for Hindus, altogether justified the entry of a major communal political party, the BJP, into the Indian political landscape. 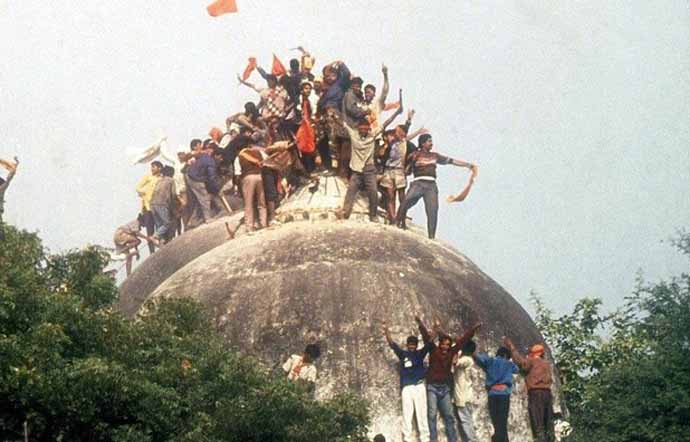 It was Rajiv Gandhi who opened the gates to the disputed site in Ayodhya, leading to the demolition of the Babri Masjid. (Source: India Today)

The opening of the Ram Mandir gates by Rajiv Gandhi brought more political gains to the BJP than the Congress. The BJP cleverly politicised it and converted it into a movement through the politics of yatras, with the ultimate goal of destroying the Babri Masjid in order to build a temple dedicated to Lord Ram.

The BJP took the edge off Congress’s inconsistent secular policies that had already legitimised communal Hindu nationalism in the political space.

During his election campaign in Telangana, Rahul Gandhi, targeting the member of Parliament from Hyderabad and All India Majlis-e-Ittehad-ul Muslimeen (AIMIM) chief Asaduddin Owaisi, said, “Owaisi and his AIMIM are the ‘C’ team of BJP and its role is to split anti-BJP and anti-TRS votes.”

Whether or not the Owaisi-led AIMIM is the 'C team' of the BJP can be debated.

However, history tells us that the Congress has been performing the role of the BJP’s A-team for long.