A bold new Congress: From alliances to AFSPA, how the grand old party is newly asserting itself

The Congress leadership seems boosted by a new confidence, reflecting in its manifesto and key political moves. Criticism from friends and foes isn't shaking the party so far.

The Congress party manifesto released with much gusto on Tuesday, March 2 — and a series of decisions that the party leadership has taken in the past few weeks suggest a change of strategy on the part of India’s grand old party.

Gone are the ambiguity and inhibitions that had plagued the Congress decision-making process in the past. The rise of a bold new hand? The Congress has been taking assertive decisions of late. (Source: Twitter/@INCIndia)

Whether it is the refusal to roll over and vacate whatever little space it has in Uttar Pradesh, or Rahul Gandhi’s decision to contest from Wayanad in Kerala, despite the fierce reaction from the Left parties, or taking a firm and unambiguous stand on contentious issues like AFPSA, Article 370 and the repeal of the much abused sedition law, Congress policy formulation is marked with a new clarity of thought and assertiveness.

The Congress leadership has consciously chosen a path that sets it apart from its principal rival — the BJP.

The Congress has now begun to display a certain confidence in defining its own agenda — without the fear of being pilloried by its opponents of being labelled pro or anti-Hindu or Muslim.

Unlike the past, leaders like Rahul and Priyanka Gandhi have made it a point to visit temples and religious shrines without the fear of upsetting minorities. The results of the Madhya Pradesh, Rajasthan and Chhattisgarh Assembly elections and the vastly improved show in the Gujarat elections have served as a confidence booster for the party, helping it take bold decisions.

The position adopted by the current Congress leadership in dealing with its allies on the issue of seat-sharing also marks a shift from its approach of the past.

The party was quick to wrap up its alliances in Tamil Nadu, Karnataka, Maharashtra and Jharkhand. It drove a hard bargain in Bihar, but eventually settled for eight seats, three less than what was originally agreed upon with the Rashtriya Janata Dal (RJD). 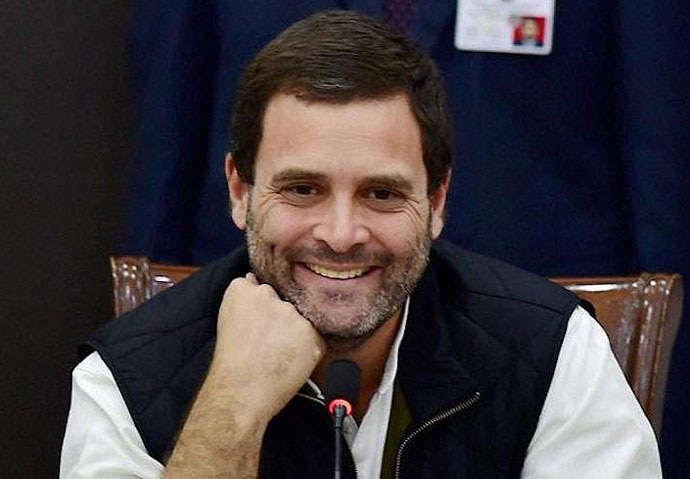 In UP, after it failed to persuade the Samajwadi Party and Bahujan Samaj Party to form an alliance with it, the Congress is boldly going alone, trying to form alliances with smaller parties.

Criticism from other Opposition parties has not deterred it from sticking the course it has chosen. “We did everything we possibly could but failed to persuade SP and BSP, we can’t just pack up and leave, can we?” said former finance minister P Chidambaram.

The Congress leadership realises — though it will never acknowledge it publicly — that it faces an existential crisis and it has to rebuild and regain its political space on its own.

It has therefore adopted a dual strategy on alliances. Where it can, it has sealed alliances, but in states like West Bengal and Uttar Pradesh, it has decided to stand its ground, even in the face of accusations that its priority seems to be to maximise its own seats rather than ensure BJP’s defeat.

The Congress party’s poll managers point to the fact they have been as flexible as they possibly could be by contesting the least amount of seats they have contested in the General Elections. Their second argument is that defeating the BJP cannot be only one party’s responsibility and expecting the Congress to concede seats for the sake of Opposition unity, without any reciprocity, is simply not acceptable.

There appears to be a certain method to the Congress party’s assertiveness on the question of seat adjustments, Rahul Gandhi’s decision to contest Wayanad, and the bold position it has taken on other issues.

For all decisions, there could be consequences — the Congress, for now, is willing to face it.

Also read: 2019 General Elections: Finally, the Congress gets it right

Post your comment
#Rahul Gandhi, #AFSPA, #2019 general elections, #Congress manifesto
The views and opinions expressed in this article are those of the authors and do not necessarily reflect the official policy or position of DailyO.in or the India Today Group. The writers are solely responsible for any claims arising out of the contents of this article.