Alvida, Secularism? Can Congress shake off the 'Muslim appeasement' tag, and emerge stronger?

While BJP's ideological worldview certainly does not encompass religious minorities, Congress need not be the overprotective parent for Indian Muslims either anymore.

“I want the Congress party to become an instrument for dialogue between Indian people, from all corners of our great country, all religions, all ethnicities, all ages and gender and for our dialogue to be led by love and affection,” Rahul Gandhi tweeted in December 2017, after taking over as Congress President.

The specific mention of “all religions” was in stark contrast to the BJP’s generic slogan ‘Sabka Saath, Sabka Vikas’ (Support of all, development for all). It was a much-needed acknowledgement of the fact that there are diverse identities in this nation and unique identities require unique attention. Yet, throughout his campaign for the Assembly elections and Lok Sabha 2019, Rahul Gandhi never used the word ‘Muslim’ in his speeches. Words such as ‘minorities’ or ‘marginalised’ were used while referring to hate crimes and communal politics — but not Muslims or Hindus. 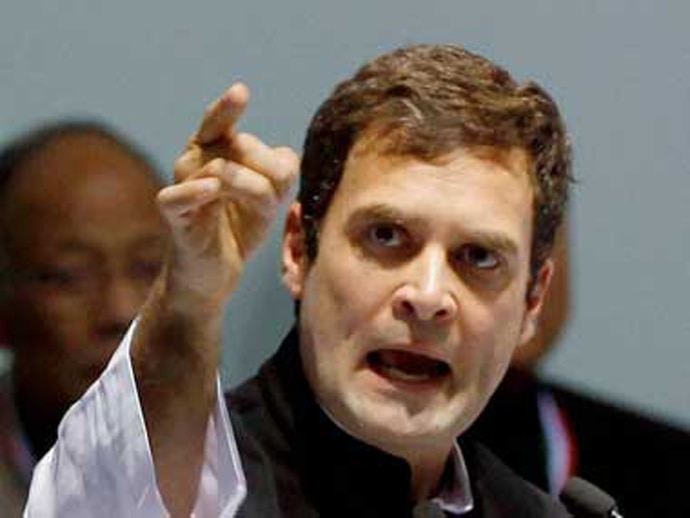 Conspicuous by absence: Despite talking of love, Rahul Gandhi never used the word ‘Muslim’ in his campaign speeches. (Photo: PTI)

This conspicuous absence raises questions about the one ideology that distinguishes the Congress from the rest — secularism.

The semantics behind the BJP’s slogan attempts to brush aside diversity and claim that any "development" would automatically benefit "all" irrespective of religion. It's not selective. It's vikas for all, is the BJP argument. (Photo: PTI)

BJP leaders have used the model as a defence against the party’s alleged anti-Muslim image. “The LPG gas connections under the Ujjwala scheme are not benefiting only Hindu women, but all women,” they argue.

At the same time, the basis of legislative classification for being a citizen deserving of rights and justice, according to the RSS-BJP, seems to be the Hindu identity or at least those who support the BJP. Maneka Gandhi’s recent statement, that if Muslims don’t vote for her, she would be too upset to do any work for them, was not, to my mind, a coincidence. Another party slogan, “Jo Hindu hith ki baat karega, wohi desh pe raaj karega (Those who speak of Hindu’s welfare, would rule this nation),” has been in use for a long time and doesn’t exactly come across as very accepting of minorities. BJP leaders regularly antagonise the Muslim community as they go about garlanding those convicted of mob lynching and make hateful remarks like, “Vote for BJP if you want to destroy Muslims.”

As Prime Minister, Mr Modi himself rarely seems to be bothered about the growing anxiety felt by the liberal-secular community regarding the sudden onslaught of violence against minorities since 2014.

Throughout his first term, he stayed silent over the hate crimes and spoke out against ‘gau rakshaks’ only when they attacked Dalits, a community the RSS is motivated to bring under the caste Hindu fold. It is not even the case that instead of words, Modi took to action. The government did not come up with any dedicated policy or vision to tackle the growing hate crimes and assure justice to victims. On the contrary, statements like “everyone living in India are Hindus” from RSS Chief Mohan Bhagwat just solidified the message that only Hindu identities would be recognised by the BJP regime.

Amidst so much hostility therefore, it is commendable that Rahul Gandhi chooses words which acknowledge diversity.

However, the total absence of the Muslim representation, a public display of his Hindu roots by visiting temples, revealing his caste, gotra, etc., and a failure to directly pit secularism against Hindutva, muddied Congress’s position as the leader of the secular clan. To my mind, if there is any leader capable of directly challenging RSS ideology, it is Rahul Gandhi — but, at least this election, he wasn’t fully prepared. The question is, does he have to be?

Is it the Congress’s responsibility alone to save secularism?

It would seem Congress wanted to make the election issue-based, but their narrative was somewhat confusing.

For one, in this war of ideologies, Rahul never directly pitted secularism against Hindu majoritarianism — he never held the RSS and Sangh Parivar directly responsible for mob lynchings. He never asked pointed questions like, “Do you want to vote for the ideology which provokes the killings of innocent Muslims? Do you want India to be a nation which might have smart cities and bullet trains, but where Muslim lives don’t matter?” Modi brought up the anti-Sikh violence of 1984 — but Rahul failed to bring up the anti-Muslim violence of 2002.

He made few direct attacks at the RSS, equated them with the Egyptian Islamic radical outfit, the Muslim Brotherhood, at a booth workers meeting in Delhi, he articulated the ideological war in perfect words “Do you want Godse’s India or Gandhi’s India?” — but the narrative lacked visibility, continuity and repetition.

As a result, it fizzled out or got lost. Rahul failed to present the roadmap of how the mob lynchings on the streets can be traced back to the century-old RSS project of Hindu Rashtra and would lead India to a dangerous future where nobody would be safe, minority or majority.

Not that it would have made any difference.

I do not think that if instead of jobs, demonetisation, GST and agrarian crisis, should Rahul Gandhi have made the 2019 election entirely about Godse vs Gandhi, it would have got Congress the votes. But at least Rahul would have come across as the fierce fighter secularism needed. Instead, Congress’s secularism got caught between ‘soft Hindutva’ and ‘Muslim appeasement’.

To be fair, the tactical silence is understandable precisely because of those allegations.

Any mention of religion by the Congress is invariably given a negative meaning by BJP leaders and drowned simply by out-shouting. In July 2018, Rahul Gandhi spoke up against the mob attack on Rakbar Khan — he was quickly outshouted by Smriti Irani and Piyush Goyal pointing fingers at 1984. In a mature democracy, the wrongdoings of one regime should not be justified by pointing at the past, and criticism shouldn’t be met with whataboutery, but that is exactly what BJP leaders did to silence Rahul. That said, there is a need to consider the 'Muslim appeasement' allegation, and introspect over why it has stuck for so long — if you ask me, the allegation is based more on perceptions and semantics rather than objective realities. I tried searching for Congress policies or schemes which selectively benefited the minorities — I found none.

Right-wing commentators keep repeating two or three incidents as evidence — Rajiv Gandhi’s ordinance in Shah Bano’s case; the Haj subsidy; Manmohan Singh’s ‘minorities have first right over resources’ comment. In so many years, just three vague allegations which are repeatedly taken out of context, misinterpreted and plugged into any and every conversation, just to keep the perception alive.

I admit that Rajiv Gandhi’s ordinance to overrule the Supreme Court’s decision in Shah Bano’s case was truly an act of appeasement. Since independence, Hindu personal laws of marriage, divorce, property and succession have undergone several progressive reforms — but when it came to Muslim personal laws, religious leaders stalled reforms and Congress regimes simply obliged. Wooing minorities, tiptoeing around their fragile religious sentiments, being forever paranoid about not hurting them is not just a Congress thing though — it is a liberal thing. And even though it is just a perception and no real material benefit is accorded to the minorities, the allegations stand validated. 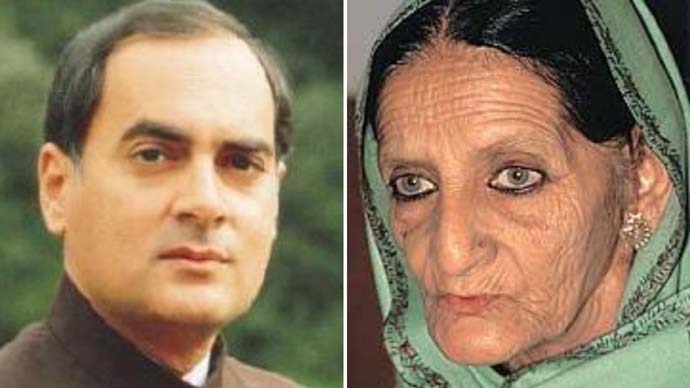 Affirmative action, however, is not appeasement. Manmohan Singh was right when he said that if resources are limited, the weaker section should have first right over it. If a mother has only one glass of milk, and two children, she would offer it to the weaker child. Trouble is, if the mother remains too busy caring for the weaker child and fails to show love and affection to the other, sooner or later, the latter would end up hating the weaker one — and cause harm to both the mother and the child.

The 2019 election results show that the time has come for the children to grow up and make their own destiny — the Muslim community must now build its own political leadership and identity politics the way Dalits have. Congress need not be the overprotective parent anymore.

If secularism must survive, it should survive in its truest form as Nehru espoused, a total dissociation of religion and politics, but the minorities will have to lead the fight now.

"Sound the secular bugle," wrote Mani Shankar Aiyar in a recent column. I agree, but the sounds must come from within minorities, and not necessarily the Congress party.

#Hindutva cow lynching, #Narendra Modi, #Minority appeasement, #Secularism
The views and opinions expressed in this article are those of the authors and do not necessarily reflect the official policy or position of DailyO.in or the India Today Group. The writers are solely responsible for any claims arising out of the contents of this article.