Our honourable prime minister has shot his mouth off once more and compared Kerala with Somalia.

Narendra Modi is at it again.

Our honourable prime minister has shot his mouth off once more and compared Kerala with Somalia!

Of course, it's election time and he has the right to be crass and loud at the same time and try to get some votes but this likening will cost the BJP dearly. It's not as if it would have got anything more than a few odd seats in the state but even that now seems to be a far cry.

Whatever the conditions, whatever the situation, he is the Prime Minister of India and this doesn't do him any good. Earlier, he said the "other parties" have ruined the state for over 60 years and he's come to deliver them off the "scourge".

In neighbouring Tamil Nadu, he claims, he's arrived to rid the state of Dravidian rule. And, in Assam, he called the incumbent Chief "too old".

He knows what happened when he questioned the DNA of the Bihari people but he does not stop, does he? 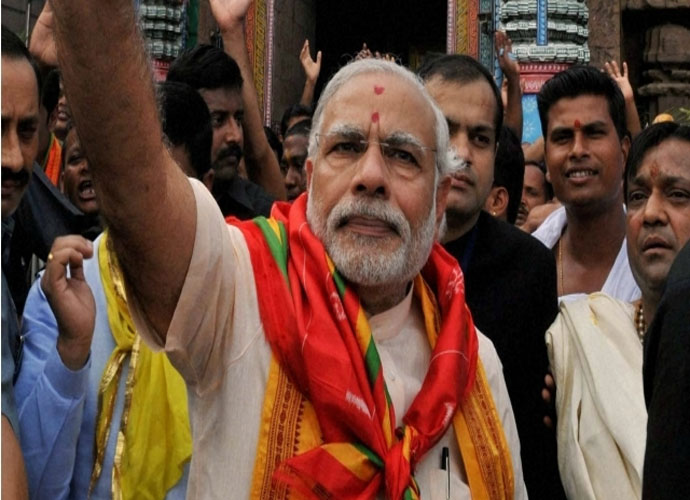 Narendra Modi came with a lot of promise and pledged to "deliver".

I was against him, and still am, like millions of others, but, because there wasn't an alternative, hoped he would grab this chance and do a lot of good. Two years down the line, nothing seems to have changed.

Growing intolerance, wayward "bhakts" and "it's our government, we can do what we want and get away" attitude have all alienated India as never before. It's become a policy with the BJP to poke a finger in everything and everyone in order to try and impose their writ and bring about a so-called "cultural change" in the country. That, In India, does not happen. It never has and never will!

Coming back to the "Somalia" comment, it would probably have passed muster if he were making that statement as the chief minister of Gujarat but he isn't. That's more proof that he wants to run India like he did Gujarat but that, again, cannot happen.

In a sense, what he and his troops are doing is good for the country since they are dragging themselves more into a crevice every passing day. The people are far too well informed now to know when to dump the government and elect another.

Gone are the pre-internet days when all we had were All India Radio and Doordarshan and re-electing governments was the order of the day. It's certainly not going to happen.

While I am a great supporter of a Congress-mukt Bharat, I am also dead against anything being imposed on me and I, and millions of my countrymen, do not want a leadership that plays with my sentiments and calls me names.

#Somalia, #Narendra Modi, #Kerala Polls
The views and opinions expressed in this article are those of the authors and do not necessarily reflect the official policy or position of DailyO.in or the India Today Group. The writers are solely responsible for any claims arising out of the contents of this article.