The Gandhi scion is likely to take over as AICC chief by end of this month.

That Rahul Gandhi "will be named the Congress president" is perhaps the worst-kept secret in India. It's been in the works ever since the Congress party was routed in the 2014 Lok Sabha elections. But with every passing month, a dollop of uncertainty would be added to it - whether or not he will take on the mantle. Or was it the Congress heir apparent himself who created those doubts?

However, all that is about to end now as the party is in the process of announcing the schedule for the election of its president. Everything points to the fact that Rahul Gandhi will succeed his mother, Sonia Gandhi, as the Congress president.

The party is currently in the process of completing its organisational elections and has set October 10 as the deadline for all state units to elect the Pradesh Congress Committee (PCC) members. Once that is complete, the party will announce the schedule to elect the president. Whispers within the party indicate that the election for party president, if the need arises, will take place either towards the end of the month or in early November.

According to the party constitution, the central election authority of the party will announce a schedule for the election of the president, once the process to elect the nearly 10,000 PCC members is completed. This is likely to take place by October 10. The PCC delegates will in turn elect the Congress president, on the date announced by the election authority of the party, if somebody decides to contest against Rahul Gandhi.

Former party chief Sitaram Kesri was ousted by the Congress Working Committee and was replaced by Sonia Gandhi. However, in the organisational elections that took place in 2001, Jitendra Prasada contested against her and lost badly. 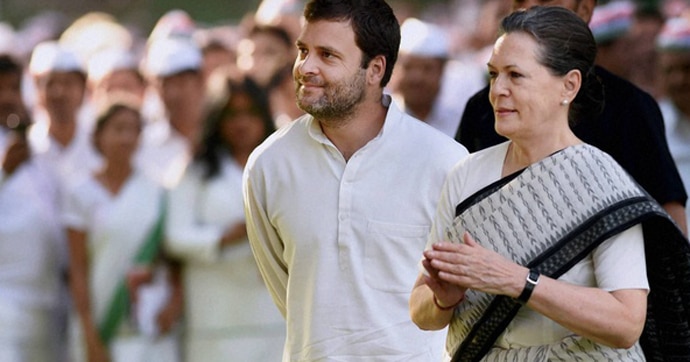 So far, the indications are that Rahul Gandhi will, in all likelihood, be elected unopposed as the next AICC president. He will succeed his mother who has the distinction of being the party's longest-serving president for 19 years.

Rahul Gandhi's election is likely to end, once and for all, the notion of dual power centres in the Congress. Sonia Gandhi has helmed the party for the past 19 years, and with her larger than life presence, many say Rahul has never had the confidence and the freedom to make the necessary changes the way he wanted.

His political managers are hoping that his formal elevation will give him both - the confidence as well as the authority not just to put a stamp of his authority on the party, but also to bring about the structural changes he has often spoken about.

It is also expected to settle once and for all the debate about whether Rahul Gandhi is ready to take up the challenge and if he "has it in him" to lead the party.

His elevation is expected to energise the younger Congressmen and women who feel left out of the decision-making process as well as the power structure of India's grand old party.

Rahul Gandhi will be taking over as the party president perhaps at the most difficult time in Congress' 132-year-old history. For a party that has ruled the country for over five decades, it managed to win only 44 Lok Sabha seats in the last General Elections and its presence in Parliament is at an all-time low.

The party is being squeezed out politically and has state governments only in five states as opposed to the 14 states ruled by the BJP.

For a party that enjoyed a stranglehold over the Hindi heartland, it has now been out of power in Uttar Pradesh since 1989, and in states like Madhya Pradesh and Chhattisgarh for the last 15 years. Similarly, it has been wiped out in Andhra Pradesh, once considered its pocket borough, and is still struggling to find its feet in Tamil Nadu where it has had to hang on the coattails of its allies.

It has ceded ground to the BJP and the Shiv Sena in Maharashtra and is yet to recover from the mauling in the last Assembly elections.

There is a reason why the Congress party is where it stands today. One of the main challenges that Rahul Gandhi will face as the president of his party will be to affect a turnaround in Congress' electoral fortunes.

Gujarat and Himachal Pradesh will go to polls this winter and he has his task cut out in both the states. In Himachal Pradesh, the Congress government is struggling to stay on its feet after five years in power, and in Gujarat it is up against the might of the Modi-Shah duo in their home state.

Internally too, Rahul Gandhi will have to breathe some life into the moribund party organisation. He must realise that his elevation won't automatically turn things around. The party needs real and positive changes. He must bring in new faces, but also ensure that those leaders have good mass connect.

He must also learn to make use of the "tried and trusted" men and women in the party, irrespective of their age and seniority.

Also read: Why the lines between bombast Modi and dynast Rahul Gandhi have blurred

#Elections, #AICC, #Congress president, #Rahul Gandhi
The views and opinions expressed in this article are those of the authors and do not necessarily reflect the official policy or position of DailyO.in or the India Today Group. The writers are solely responsible for any claims arising out of the contents of this article.