Murders most foul: Cops killed on duty by the public they are serving shows UP is headed on a dangerous path

We need to examine what is provoking mobs to physically — and brutally — hit out at policemen.

It is much more than a tragic coincidence that within one month, two cops have lost their lives incredibly cheaply in Uttar Pradesh (UP).

We need to delve into the reasons for the growing angst among the UP public, which is making them physically — and brutally — hit out at policemen. 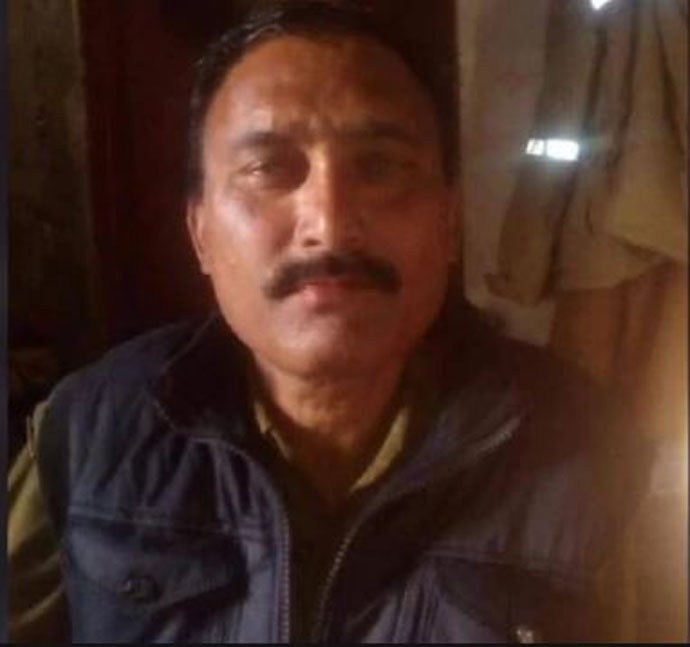 Constable Suresh Vats was killed by a stone-pelting mob in Ghazipur on December 29. (Photo: Twitter)

The UP government, every time a cop is killed in action, promptly announces monetary ‘compensation’ and offers a job to the kin of the slain officer. But the life of a policeman killed in duty can never be ‘compensated’. Providing a job to the dependent cannot bring back a family member.

Let’s recapitulate the murder of Inspector Subodh Kumar Singh at the hands of a lunatic, senseless mob on December 3 in Bulandshahr, a prosperous city of western UP. By now, the murder-accused has been arrested. Going by police accounts of the man’s preliminary interrogation, it appears that Subodh Kumar was apparently brutally tortured before he was killed. His service revolver was also taken away.

The grotesque behaviour of the mob displays a sadistic and perverse attitude on part of a segment of society, which is perhaps badly afflicted with religious extremism.

According to credible reports, Subodh Kumar Singh was not linked to any political party. He was just doing his duty when he rushed to contain violence — and ended up paying for it with his life.

Sadly, instead of condemning his murder, one BJP leader stated only recently that the cop ‘took his own life’ because he didn’t know how to escape the frenzied mob. It is ironical — and very disturbing — that such insensitive and irresponsible comments are being made on a professional and dedicated cop by those in power, at a time when religious tensions and law and order problems are rife in UP.

Devendra Singh Lodhi, BJP MLA, on death of Inspector Subodh Kumar during #BulandshahrViolence: He became hopeless and shot himself in haste while trying to save himself. He was not targeted; it was a mob that got aggressive as the police was not filing an FIR. pic.twitter.com/XHBjgqkZmy

This was again a ‘murder most foul’.

The cop was merely performing his duty.

What this shows is that in Uttar Pradesh, the public in general seems to be hostile towards the police. This is a dangerous trend which needs to be curbed at the earliest — and financial ‘compensation’ to the killed cop’s family is not the answer to this. Ghazipur is a sensitive area and was considered a backward district till the recent introduction of rail connectivity and improvement in infrastructural development. Along with these changes, society, too, needs to march ahead progressively, shunning demands such as reservations (which the Nishad Party was protesting about, leading to the flare-up). Most importantly, people need to refrain from targeting the custodians of law and order.

Maybe the police leadership should look more closely at the growing intolerance among the public. The police, in close partnership with the public, must take everyone into confidence and generate a renewed trust in law-enforcement authorities. People and the police need to work as equal partners in fostering peace and harmony in society.

If this is not done, the trust deficit will keep on increasing — and, God forbid, in a dangerous eventuality, police help may not be easily forthcoming.