How India is on course to script historic vaccination success

Buoyed by PM Modi's strategic changes, India's vaccination program is in resurgent mode and on course to script a historic global success.

After temporary scarcity and resultant glitches, India’s vaccination program is clearly in a resurgent mode. As I write this, nearly 24 crore of our population would have received at least one dose of the Covid vaccine. One-fourth of that number would have received both doses. Only the USA, at this point, is ahead of India in terms of absolute numbers. From the daily vaccination numbers having fallen to less than 10 lakhs just three weeks ago, now the daily numbers are back in the vicinity of 30 to 40 lakhs. In this situation, PM Modi’s key strategic changes announced on June 7, to re-centralise the vaccine buying process and to make vaccine free for the 18-44 age group in all government centres, besides putting a price cap on private hospitals, are bound to have an exponential impact on our vaccination program and pace. PM Modi’s key strategic changes announced on June 7 are bound to have an exponential impact on our vaccination program and pace.

Modi baiters can see the turnaround, and instead of feeling relieved, they are increasingly jittery and riled.

Let us not be in denial. Yes, we did not have a flawless vaccination program. But in an unprecedented crisis, most countries learn along the way. The reason is that the crisis is never static. It is constantly evolving, and with it, our response needs to evolve. Haven’t the Covaxin baiters evolved over the months? From Akhilesh Yadav demonising the vaccine in January, aren’t his family members making a beeline for the jabs now? Therein lies the inherent irony, synonymous with all crisis management situations and particularly so with Covid management.

One can harp ad nauseam on what led India to go somewhat slow on the vaccination front in the months of January to March. Instead, let us remember that given the unprecedented nature of the crisis, no country has managed to get its strategy right without going through its share of trials and errors. Never in history has the entire adult population been vaccinated in one go, and unless there was a relentless, pressing need for it, most countries would have faltered at some point in time or the other. If the US and the UK have scored so well on the vaccination front, the reason is the magnitude of destruction right through 2020.

India was complacent after its successful handling of the first wave. The ferocity and suddenness of the second wave took the country by surprise. 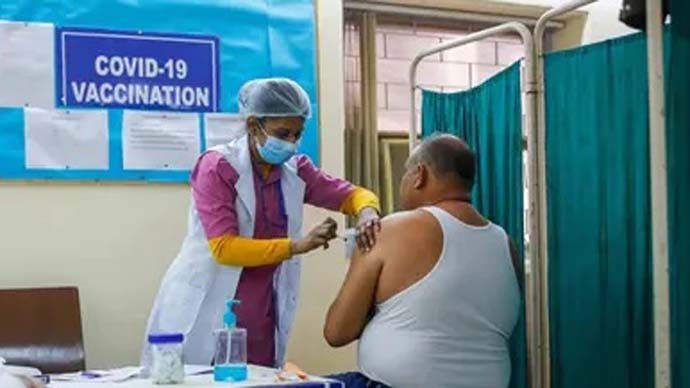 India’s vaccination drive has regained momentum in the last few days and vaccination numbers are picking up every day. (Photo: Reuters)

In fact, it is worth noting that even Russia and Japan have been late starters in the vaccination program. As of April 30, Russia had merely vaccinated eight per cent of its population with at least one dose. In Japan, this number was less than four per cent. Around the same time that India experienced its second wave, Japan was ravaged by its fourth wave. The sheer intensity of destruction in this wave in India and Japan made other countries speed up their vaccination programs.

India’s vaccination drive has regained momentum in the last few days. Right through the month of May, I had asserted that the scarcity was temporary and purely on account of the production cycles of Covishield and Covaxin. The mass orders placed in April would take a few weeks to show up and that we would be on top of the situation by June-end. As things stand today, vaccination numbers are picking up every day. Moreover, the government has a clear roadmap of making 200 crore vaccine doses available by year-end — enough to fully vaccinate our entire adult population. The estimated number from each vaccine manufacturer contributing to the total was also made available.

In a path-breaking step in that direction, the Centre has now committed an advance payment of Rs 1,500 crore to Hyderabad-based Biological E to reserve 30 crore doses of Corbevax. 12 PSUs and private sector companies have been identified for the expansion of Covaxin production, out of which three will be operational in the coming months. Similarly Sputnik V production is being expanded to be produced by six Indian manufacturers. In a surprise move, even the Serum Institute of India (SII) has now obtained the license to produce Sputnik V. Pfizer was not mentioned in the draft list issued last month. But now, it seems the government is on the verge of cracking an arrangement with Pfizer that would make available five crore doses of the vaccine in India, this year.

Thus, by all accounts, it will be safe to say that our vaccination program is in a resurgent mode. In another two months, there should be a surfeit of supplies. And as per target, by the end of the year, an overwhelming majority of India’s population will have been vaccinated, even if not all. And those who would remain unvaccinated, in all likelihood would be out of habit, not due to non-availability. It needs to be noted here that at some point, vaccination might need to be made compulsory by law.

As India prepares itself for executing the world’s biggest vaccination program by year-end, and thereby scripting vaccination history, India’s opposition parties are noticeably getting increasingly jittery and nervous. The Congress, true to its style, has understandably launched a sabotage plan. This is most evident in the states ruled by the Congress, with Rajasthan leading the way. As India prepares itself for executing the world’s biggest vaccination program by year-end, and thereby scripting vaccination history, India’s opposition parties are noticeably getting increasingly jittery and nervous. (Photo: Reuters)

A recent report in a daily claimed wastage of around 500 vials of Covid-19 vaccine from 35 vaccination centres of eight districts in Rajasthan. The same daily subsequently claimed that vaccine vials have also been found buried in the state. The latest in this series of criminal wastage is 500 vaccine vials being kept in the deep freezer and wasted.

Punjab is not far behind. Vaccines procured at Rs 400 by the state government have been sold to private hospitals at Rs 1050, which then raised the price further for the final recipient. This brazen loot by the Punjab government, if left unchecked, would have created major scarcity in rural areas, for which the government procurement is mainly meant. With a high case fatality rate (CFR) of nearly 2.5 per cent through the worst weeks of India’s second wave, this criminal loot by the state government amounts to one of the most disgraceful acts of sabotage.

The Central government recently revealed state-wise data of maximum vaccine wastages by different states. It is no coincidence that the top nine states are opposition-ruled, with Rajasthan again leading the way.

There are other opposition CMs like Jharkhand CM Hemant Soren, who are waiting to play spoilsport. After declaring on April 22 that the state government would provide free vaccination to the 18-44 population, now he wants the Centre to fund it.

There are of course the Akhilesh Yadavs and Bhupesh Baghels of the world who are waiting to strike again.

India is in a vantage position, clearly geared up to script a historic vaccination success. In doing so, it will have to guard against its saboteur-minded opposition parties.

#Covid vaccine politics, #Opposition, #PM Narendra Modi, #Covid-19
The views and opinions expressed in this article are those of the authors and do not necessarily reflect the official policy or position of DailyO.in or the India Today Group. The writers are solely responsible for any claims arising out of the contents of this article.