One year of lockdown: The lessons learnt

Covid-19 has been a baptism by fire for us as a nation. The biggest gain has been in the rise of our self-confidence and as we reach out to the world with Vaccine Maitri, it is a new India the world is dealing with.

The first anniversary of the ‘Lockdown’ is here but no signs of “Victory Day” anywhere around the corner. The recent surge in Covid-19 cases across many states raises the spectre of a new wave. Yet, there have been many developments in the past one year that offer a much-needed silver lining, the most notable among them being the discovery of the vaccines. 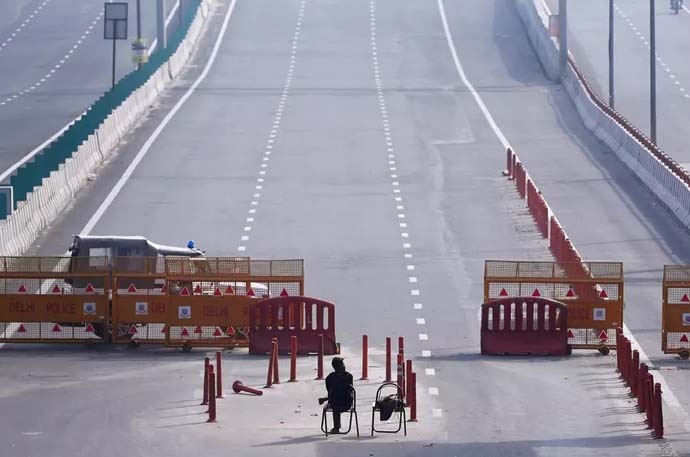 One year of lockdown: Learnings from the pandemic (File photo: Reuters)

Looking back, the year gone by has been a story of the proverbial glass, half-full or half-empty. Much indeed went wrong. Many things could be better. At the same time, it would be unfair to say that India did not get anything right at all. Otherwise, we would not be where we are now in terms of active cases, despite the new spike. Or, for that matter, looking at double-digit economic growth, albeit on a lower base, in the coming fiscal year.

But listing achievements can be problematic. That would be courting controversy. In today’s polarised environment, it is certain to derail conversations. A wiser course may be to focus on a few lessons from the year gone by.

The virus does not discriminate

The coronavirus does not discriminate between the haves and the have-nots. It also does not differentiate between rich and poor nations. Coming from Wuhan in China, the virus flouted all the visa and passport regulations. It taught countries with strict border control that shutting land, sea and air routes were no barrier for it. 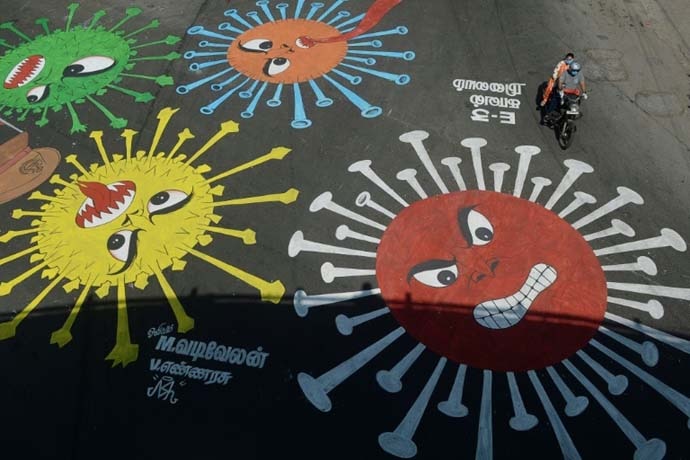 The coronavirus does not discriminate between the haves and the have-nots. (Photo: Reuters)

Covid-19 did not spare the affluent countries either — those that boasted of advances in medical sciences and superior healthcare. They struggled as much as the less developed nations of Asia, Africa and Latin America. So the world had to rise as one against this great enemy of the planet. At once the entire mankind learnt of Vasudhaiva Kutumbakam (the world is one family), as it were.

In India, Covid-19 brought home a harsh truth. We realised that a public health emergency is nothing short of a threat to national security. A pandemic can hit a country on several fronts at the same time, not only the lives of its people. It not only cripples the economy but also makes the nation vulnerable to external threats. We saw the escalation of tension along the India-China border. Food scarcity and unemployment can also lead to internal unrest. All that can lead to the destabilisation of the country from within and outside. The risks are huge for a nation of our size, population and geographic diversity. India has come out better than many, including the economic giants of America and Europe. That happened by a massive mobilisation of people across the land. 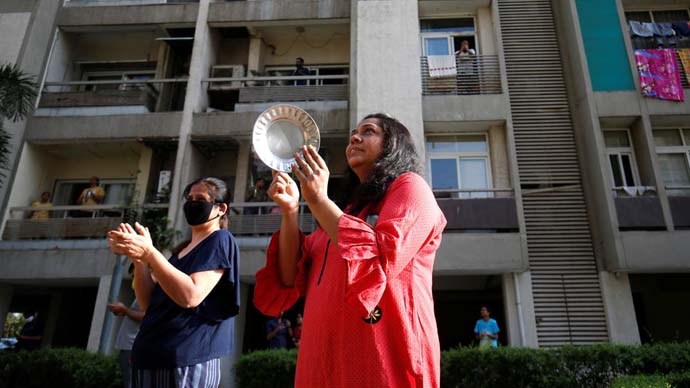 Many were sceptical about events like the beating thalis ceremony. But those contributed positively in uniting hearts and minds in the fight against Covid-19. (File photo: Reuters)

Many were sceptical about events like the “Janata Curfew” and the “Thali Bajao” ceremony. But those contributed positively in uniting hearts and minds in the fight against Corona. The sentiment the events generated cut across regions, religions, economic strata and professions. No doubt, there were problems and dislocations. But, as Indians, we overcame the challenges with the spirit of universal brotherhood. It is a testimony of the resilience and humanity ingrained in our national character.

No one is too small to help, none too big to ask for help

With the lockdown, life came to a halt in a way we could not have imagined before. Some memories of those initial days may have even begun to fade. But, in that initial phase, it was ordinary people who came to help each other. Milkmen, vegetable vendors and Kirana-wallah kept the food supply chain alive. Healthcare providers worked round the clock to save lives. They did so by, overcoming fear, defying personal odds and battling inadequate facilities.

Sociologists say that during the lockdown Indians displayed a form of "militant philanthropy". This was evident in how common citizens organised food for stranded migrant labourers. Employers were taking a more compassionate stand towards the daily-wage and contract workers. Households supported families of domestic staff who couldn't come to work. Rural India saw another version of benign vigilantism — forced quarantining of people returning from cities prevented an infection implosion. During the lockdown, Indians displayed a form of "militant philanthropy". This was evident in how common citizens helped the stranded migrant labourers. (File photo: India Today)

Many international experts and home-grown doomsday prophets had predicted dire scenarios for India. Apart from Covid-related deaths, there were apprehensions of food riots and starvation. But, together we managed to flatten the curve, even if it took longer than we would have liked it.

These were not the only triumphs of humanitarian values. The Covid-19 challenge has built our self-confidence and capacity as a nation. This has happened on many fronts that are not so obvious. First is our much-maligned civil administration. We discuss its failures ad nauseam, but the contributions are far greater. With the bureaucracy, the public health system galvanised itself to wartime efficiency. Today, both of these stand out as shining examples globally. The benefits of this speedy ramp-up will remain for a long time. It will provide the foundation for further improvements and innovations. With the greater use of technology, it will take our public health delivery system to the next level.

Second, Covid-19 accelerated the Digital India strategy. The world is recognising how India used technology to deal with the pandemic. Direct Benefit Transfer (DBT) through Jan Dhan-Aadhar-Mobile (JAM) is a subject of case studies internationally. It held up the rural economy despite massive reverse migration to the villages. The robust rural demand helped the national economy to get back on its feet. So, India can look forward to one of the highest GDP growth (upward of 11 per cent in the next fiscal of 2021-22).

On the technology front, it has made an entire generation digitally savvy. This set would not have otherwise embraced the digital way of life. As a result, there has been a phenomenal jump in digital transactions. Benefits are palpable in higher tax compliance and an increase in economic efficiency.

Students spent one whole year studying from home. One full batch passed and joined new courses without having to visit campuses. Remote working and work from home are changing the paradigm of work and opening up new career avenues. An indirect benefit of this will come in an unexpected way. Some of it is visible in the emerging start-up ecosystem.

Worldwide, the biggest beneficiary of Covid-19 has been the technology industry. Giants like Amazon, Google, Facebook and Microsoft have recorded exceptional growth. The writing on the wall is clear — the future is going to be digital. So it is also time for us to make friends with technology for mutual good.

This is an opportunity for India with its young and educated workforce. But, like the IT boom of the 1990s, India has to position itself with an appropriate strategy. Without realising, Covid-19 has laid the path for it. The government is focussing on skill development, new education policy and supportive regulatory framework.

One can go on. We all have different views about the government's role (or lack of it). The credit for having travelled this far is of the people. Our native survival instincts discovered opportunities in the midst of a disaster. As a nation, Covid-19 has been a baptism by fire (or an Agni Pariksha, for those who prefer Indic terminology). The biggest gain has been in the rise of our self-confidence. So, as we reach out to the world with Vaccine Maitri, it is a new India the world is dealing with.

Also read: How states must shift their focus from Lockdown to Unlock to restart the economy