Men beaten up by 'gau rakshaks' in Delhi: Cow terror has hit home

The sequence of events was uncannily similar to the way Pehlu Khan, a dairy farmer from Alwar, was lynched by gau rakshaks on April 1. The Delhi Police said that three men, Ashu, Rizwan and Kamran — all incidentally Muslim — were beaten up by members of the People For Animals, an NGO headed by Union minister Menaka Gandhi.

Late Saturday, the officials recieved a phone call from few "animal activists" who claimed that some buffaloes were being transported illegally from the South Delhi suburb. However, upon reaching the spot, they found that two cattle traders, and the driver of the truck carrying the buffaloes had been beaten up, and rushed the wounded to the AIIMS Trauma Centre. 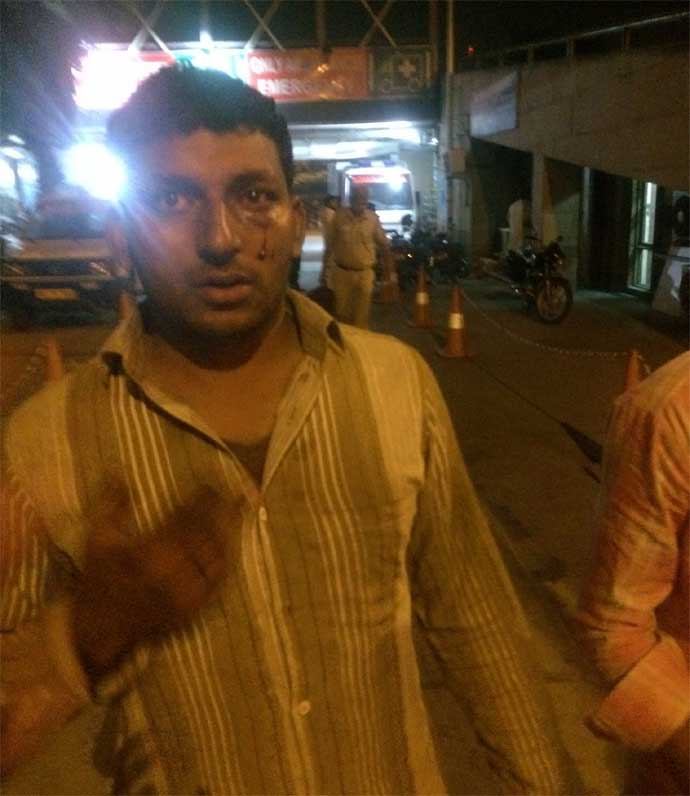 Senior journalist Hartosh Singh Bal, a witness to the incident, tweeted that he spoke to the "cow vigilantes", who admitted to assaulting the three men:

Was at spot talking to the men sporting saffron tilaks who admitted to beating them https://t.co/9JmmbagHH0

All 3 beaten up muslims. Get call from some ankit claiming to be from @aajtak saying cops told him they were beaten by locals. A lie

any nonsense will do? Meneka Gandhi denies it, if cops are right they should charge Modi's minister for culpability in assault & battery https://t.co/fh7wePsnld

An attack every week

The Kalkaji attack comes only a day after another group of "gau rakshaks" attacked a family in Jammu's Reasi district, injuring five people, including a nine-year-old girl, over suspicions of cattle smuggling.

The family of nomads was travelling with their cows, dogs and herds of goats and sheep when it was singled out and beaten up by the vigilantes.

In the recent past, such vigilante groups have grown in presence and numbers across the country, emboldened by the indifference of the state and the Union government. These self-styled "gau rakshaks" use social media and WhatsApp to peddle false reports of cow slaughter and incense the public in communally-sensitive pockets.

With the rising number of lynchings, attacks and threats in the name of the cow, considered holy by the Hindu majority, protests against intolerance, protests witnessed following the lynching of Mohammad Akhlaq at Dadri, have been replaced by inaction and silence.

The medieval-style lynchings, no longer an exception, have ceased to elicit massive outrage, let alone constructive action against the mobs.

Responding to Pehlu Khan's horrific murder, Union minister for parliamentary affairs Mukhtar Abbas Naqvi denied that any such incident took place, far from condoling the dairy farmer's death. The home minster in the BJP-ruled Rajasthan, meanwhile, blamed the victim: “He must have transported the cows illegally, hence he was penalised.”

From Dadri to Latehar, from Una to Alwar, and from Jammu to now the capital, "cow terrror" has spread throughout the country.

Little surprise then that with the latest attack on cattle traders in a south Delhi neighbourhood, human slaughter in the name of the bovine is tragically the new normal in India.

Also read: How India and Pakistan are afflicted by the madness of religious vigilantism