Has Prakash Karat made his second biggest political blunder?

The ongoing crisis in CP(M) benefits none other than the BJP.

A personal struggle for supremacy has put in peril the country's largest Left party, the Communist Party of India (Marxist), with general secretary Sitaram Yechury and his predecessor Prakash Karat taking opposite positions.

Worryingly, the growing differences between the two in the party are coming to the fore at a time when the CPI(M), and indeed left-wing politics in the country, is fighting for survival.

In the party's CC meet held recently, Karat made sure Yechury's proposal was not adopted.

On January 21, the party held its central committee meeting in Kolkata, where Yechury proposed that the CPI(M) joins hands with anti-BJP forces in an effort to dislodge the BJP-RSS government from power. His draft proposal stated that "suitable electoral tactics should be worked out to ensure that the primary objective of ousting this RSS-BJP government and its policies is achieved while not entering into any electoral front or alliance with bourgeois-landlord parties [Congress]".

The proposal talks of five action points. The first is that in order to strengthen mass movements over economic and social issues, all Left and other democratic forces be brought together.

In fact, Yechury's draft does not propose anything new, but reiterates the political resolution adopted at the 17th party congress in 2002. That resolution states: "Given its class character, the CPI(M) cannot have an alliance or united front with the Congress party. In the present situation, where the BJP is the main target, the party should adopt tactics which will enable all the secular and democratic forces to effectively thwart the game plan of the BJP-RSS combine. While doing so, efforts must be made to appeal and reach out to the mass base of the Congress as their mobilisation is essential for strengthening the fight against communalism."

In India, the fortunes of the Left parties have weakened considerably in the past decade. A handful of MPs and power only in two small states is calling into question the CPI(M)'s identity as a national party. And this is happening at a time when the politics of one flag, one ideology is increasingly gaining currency in the country. The Opposition, which includes the Congress, the Left parties and some regional forces, sees this as a threat to India's democracy and the Constitution.

However, in the adverse circumstances, many see fertile ground for the Left to bounce back to relevance. Left doctrine states that with the rise in discrimination and exploitation, the society will be split into two groups - the oppressor and the oppressed. The numerically larger oppressed will then unite and through their agitations, uproot the oppressor.

But for this to come to pass, the Left parties need to be in a position to lead. They need to increase their political strength and mass base, so as to provide a viable alternative national leadership.

And this is exactly what Yechury is trying to do. He says that instead of seeking political alliances within the existing parliamentary realities, an attempt for a wider coalition should be made, so that weakening parties can come together to stop the BJP in its tracks. However, such an effort is necessary for the future of not only these parties, but also of the country's democracy.

In his goals, Yechury is facing obstacles within his own party. At the Kolkata party congress, while Yechury's proposal got 31 votes in its favour, 55 voted against it. The votes mean that Karat's group has prevailed and, rejecting the proposal of the Bengal and Tripura units, the party is going to take a purist stand of ruling out not just an alliance, but even an "understanding" with the Congress.

This "purism" can prove very harmful indeed for the party's future.

To get the party to uphold his purist stand, Karat had to rework his arguments five times. The Kerala leader was hell-bent on getting Yechury's proposal defeated, which he managed to do. However, the CPI(M) is scheduled to hold its three-yearly party congress in Hyderabad in April, where Yechury can make a last effort to get the party to accept his stand. 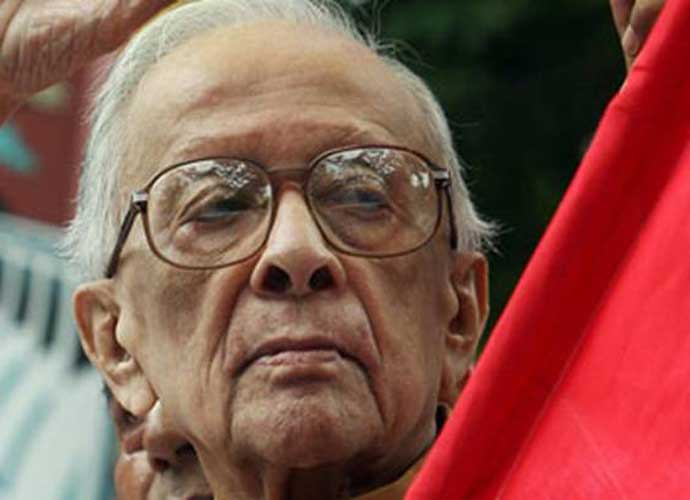 The same "purity" plea was used to stop Jyoti Basu from becoming the prime minister in 1996.

However, this infighting has split the party into two. At a time when the CPI(M) should have been reaching out to other groups to expand its support base and political presence, the party is entangled in internal disputes.

Interestingly, the Karat faction has not always stayed true to the purist course it is now advocating. The same doctrine had been used to stop Jyoti Basu from getting the prime minister's chair in 1996, but under Karat's leadership, the party had been a part of the UPA. By the time it pulled out of the ruling alliance over the Indo-US nuclear treaty issue, the CPI(M) had spent three years in the government, and while extending outside support to the UPA 1, the qualms over purity seem not to have assailed Karat.

Another argument by the Karat faction is that in three states, Congress has been the CPI(M)'s main opponent. Does this mean that the party has limited itself as a state-level force? Does it not think it's important to intervene at the national stage, and, for the big fight, adopt a broader vision?

Does it not realise that as the Opposition weakens at the national level, various parties - representatives of different interests - are in danger of losing all relevance? Or does Karat think that he alone, with the party flag and book, can stop the Modi juggernaut?

The arguments put forward by Karat may hold substance in a purely theoretical sense, but they lack practicality. It seems as if Karat is yet to move past his JNU student leader days, though politics even in that institution is no longer this impractical. Today, young faces like Kanhaiya Kumar, Umar Khalid and Shehla Rashid are trying to broaden their political horizons for a movement of mass political outreach.

For a Left that is fast losing its hold in a changed political scenario with a sovereign state much more powerful than what it used to be, there doesn't appear to be a better alternative in the present times.

To return to the political scenario that Karat speaks of, he must reject the existing election-based system and move towards a principled, pure and ideological political growth. On that path, he can find for himself who among his comrades is willing to walk with him. The leader can put aside the traditional communist politics as practised by EMS Namboodiripad and Harkishan Singh Surjeet to chart his own path, something which some outfits driven by the Left ideology are already doing.

Karat's current approach benefits none other than the BJP and the RSS. He may claim to challenge them in Kerala, but in the rest of the country, this will only diminish the CPI(M) and the politics of the Left. This untouchability cloaked with a "purist" ideology will isolate the CPI(M), which will harm its interests in the national level.

Compared to other political parties, the Left's background has been morally superior and cleaner, which allows it to present itself as the most acceptable option in today's politics searching for an alternative. The Left Front still has the strength to bring mutual opponents together and start a dialogue for that yet-elusive alternative.

In these difficult times, Karat's "purism" can prove self-destructive. His obstinacy and ego could spell doom for both Left politics and the CPI(M).

Post your comment
#Prakash Karat, #Sitaram Yechury, #Congress, #CPM
The views and opinions expressed in this article are those of the authors and do not necessarily reflect the official policy or position of DailyO.in or the India Today Group. The writers are solely responsible for any claims arising out of the contents of this article.