In the political map of India right now, West Bengal has a special significance given that the state is led by Trinamool Congress leader Mamata Banerjee, one of the most vocal critics of the Prime Minister Narendra Modi-led BJP government.

Supercyclone Amphan has passed by, wreaking havoc in West Bengal, but the storm is not over yet. While all of India and the world are fighting against the Covid-19 pandemic, West Bengal is fighting both Covid-19 and the misery caused by Amphan.

However, in reality, Bengal's actual fight is much tougher because of four fundamental reasons: a wretched opposition, the State vs Centre battle, uncertain policies, and pathetic implementation.

In the political map of India right now, West Bengal has a special significance given that the state is led by Trinamool Congress leader Mamata Banerjee, one of the most vocal critics of the Prime Minister Narendra Modi-led BJP government. For Banerjee's political future, 2020 is very crucial, since BJP won 18 out of 42 seats in the 2019 Lok Sabha election, and became the second-largest party in Bengal. In 2021, Bengal will see the legislative assembly election. Political unrest had gripped Bengal right from the time the BJP targeted the state; and West Bengal, once the Left bastion of India, has witnessed a miserable performance of the Left, along with the Congress, in the last few years.

In the 2014 Lok Sabha election, the Left's vote percentage in Bengal was around 29 per cent, and this time, it came down to a mere seven per cent. The BJP, which got just 17 per cent votes in 2014, has received nearly 41 per cent this time. Mamata Banerjee is an experienced politician, but the situation is unprecedented and calming down should be the strategy. (Photo: Reuters)

BJP's political strategy is now well known in India. It is clear that they believe in an all-out attack. Right from the beginning of the Covid-19 crisis, BJP has continuously attacked the TMC government. On the one hand, the local BJP leaders continued their political attack, and on the other, West Bengal Governor Jagdeep Dhankar repeatedly attacked the state government. The Central government also sent a team to look into the health situation of Bengal, which resulted in quite a political ruckus.

Apart from BJP, the Left and Congress in West Bengal are not only weak but also in a strange dilemma. At the Centre, TMC is one of the most important allies of the Congress, and for Opposition unity, TMC plays a very important role. Significantly, the Left is also part of the team; therefore, when it comes to Bengal, the battle becomes very superficial and untrustworthy.

Meanwhile, Amphan resulted in the death of more than 80 people, lakhs of families have been affected. South Bengal, along with Kolkata, witnessed massive damage of property, power cuts for days, scarcity of water and several other issues. In the post-Amphan situation, CM Mamata Banerjee mellowed down a little and asked for the intervention of the Centre. PM Modi visited Bengal and announced Rs 1,000 lakh crore help to the state. The Centre also allowed the deployment of the Army to tackle the situation. 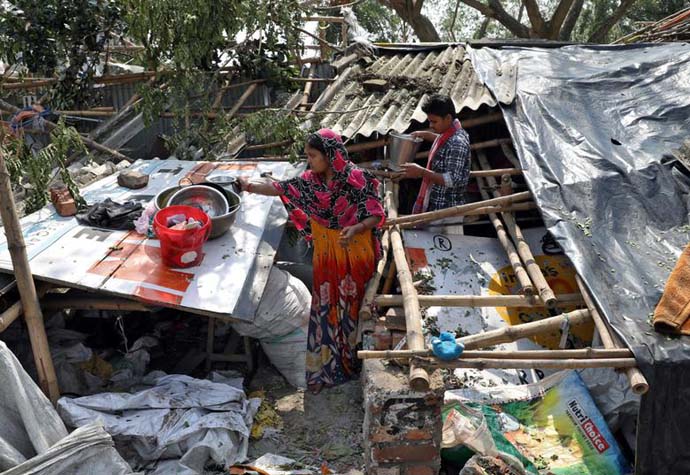 South Bengal, along with Kolkata, witnessed massive damage of property, power cuts for days, scarcity of water and several other issues. (Photo: Reuters)

But the real worry lies in the policies of the state government. From the time of Covid-19, Bengal has been witnessing repeated mistakes of the Mamata Banerjee government. The state government did not publish a proper death data, and the truth was revealed only after the intervention of the Centre. At this time of panic, the people of Bengal are scared, and if they lose faith in the government, the BJP will find it opportune to utilise the situation.

People have the right to panic, but the government cannot take decisions driven by panic. But due to the political pressure and the situation, the Bengal government is failing to streamline the policies. At this time, policy failure is the last thing Bengal can expect. Lakhs of labourers have come in into Bengal from Maharashtra and other states, and they were all allowed to return home without proper testing. Many of these people were found to be coronavirus-positive. The TMC supremo has blamed the Centre for sending many trains from Maharashtra at once, carrying the migrants, but a blame game will not be of help this time. The state government will need to take them into institutional quarantine, or else the villages of Bengal will have to deal with an uncontrollable mess.

Despite the tough challenges in front of the government, it is time for Bengal to look into its policies and chalk out an appropriate plan. This is also the time when Mamata Banerjee should start listening to experts and formulate an emergency plan regarding both Covid-19 and Amphan. Bengal has many capable experts including people like Nobel laureate Abhijit Banerjee, who can aptly guide the state on the matters of policy. 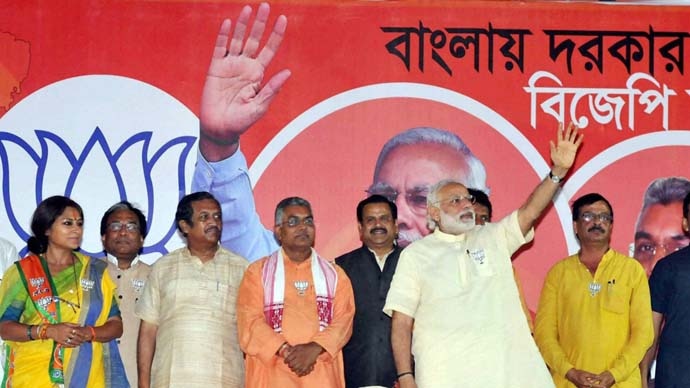 BJP's political strategy is now well known in India. It is clear that they believe in an all-out attack. (File photo: PTI)

This is not the best time to do politics. The Bengal Chief Minister should meet all the political parties and arrive at a consensus. There is also a need for transparency of governance. Lastly, West Bengal should also focus on the implementation of these policies, because there have been various incidents which have clearly revealed that Bengal has an issue when it comes to implementation of policies.

Mamata Banerjee is an experienced politician, but the situation is unprecedented and calming down should be the strategy. Going all-out offensive on every issue will just weaken the governance. At the end of the day, people will suffer. Politics is all about the time; and therefore, the TMC supremo should utilise this time to gain the confidence of people and not force them into the darkness of panic.

Also read: How a delta ravaged by Cyclone Amphan awaits a revival

#Amphan, #Covid-19, #Bjp in bengal, #Mamata Banerjee
The views and opinions expressed in this article are those of the authors and do not necessarily reflect the official policy or position of DailyO.in or the India Today Group. The writers are solely responsible for any claims arising out of the contents of this article.