Defence budget: Why allocating 1.56% of GDP is not enough to withstand another Doklam

Despite approvals given to a number of acquisitions, nothing much seems to have been delivered on the ground.

The leadership of million-plus armed forces will be all ears when the annual Budget is presented as scheduled in Parliament. On these men’s shoulders lies the responsibility of defending the borders, safeguarding a nation of a billion-plus. At the end of the day, what will decide their fate of the defence sector is the amount the government is ready to allocate to the forces.

The threats that we face are enormous. Two nuclear power adversaries are our neighbours- one in the north, a belligerent bully that thinks it’s time for its global dominance, and the other to the west; a nation that is inching towards self-destruction while it tries to bleed us with a thousand cuts. Our equipment inventory is both depleted and dated. The Air Force is yet to retire platforms, both aircrafts and helicopters, that are called flying coffins. The Navy has barely a dozen submarines compared to over 60 of China. The Army is yet to receive the 145 howitzers M777 155 mm of BAE Systems against a projected requirement of over 2,200 of 155mm guns in the next few years.

The list is endless. Ammunition holdings are far below the levels that a 40-day-war wastage reserves (WWR) calls for. In certain cases, they are even beneath minimum acceptable risk level stocking of 20 days’ WWR. Most of our helicopter fleet is ancient. Over 1,000-1,200 helicopters are required in the next 10 years; a tall order even if all the money was made available. The authorised 42 squadrons of IAF are down to 32, and expected to dip further as MiG 21, MiG 23 and MiG 27s are retired. 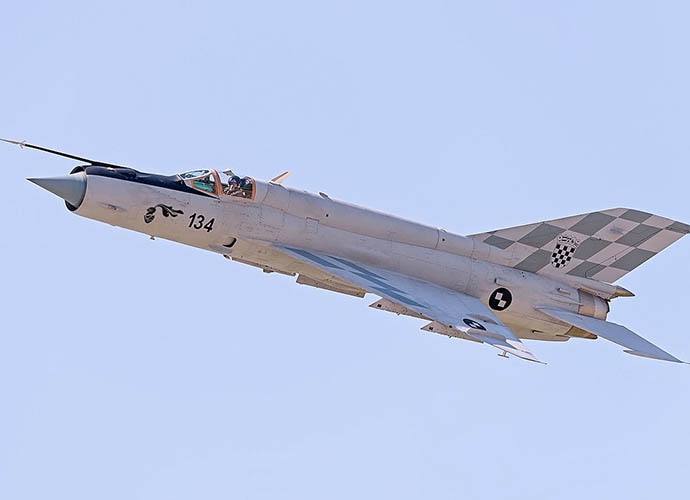 The serviceability of our MiG 29K, operating from the decks of our only aircraft carrier INS Vikramaditya, is questionable. The same story holds good as far as the serviceability of the Navy’s Kamov and Sea King helicopters are concerned. The finance minister has every relevant detail that is required to paint the true picture. On the other side, this government has displayed great alacrity in approval of large number of defence acquisitions. At one point, it appeared that the ministry of defence has shed its legacy of lethargy. However, in terms of acquisitions, nothing much seems to have been delivered for the military arsenal to display. Even the new Defence Procurement Procedure (DPP) 2016, which is substantially more progressive than DPP, 2013 hasn’t given acquisitions the pace that was promised. Legacy issues and old mindsets, coupled with frequent changes in the defence ministry, are perhaps affecting the functioning.

Beyond all these issues, defence acquisitions are affected most tellingly by meagre allocations. Our defence budget for 2017-18 amounted to a mere $48 billion. China, our main adversary, allotted $138 billion. In terms of GDP, we allotted 1.56 per cent of our GDP for the forces. The Parliamentary Committee for Defence has been recommending 3 per cent. The Shekatkar Committee whose recommendations are now in the process of being executed had recommended 2.2 per cent. Pakistan spends 3.5 per cent of its GDP, while China spends 1.9 per cent. To quote a few more countries, Israel with its high threat perception spends 5.7 per cent, while Saudi Arabia spends 9.8 per cent. The global average is 2.2 per cent.

China’s economy is far bigger than ours. They are also known to be quite opaque in terms of actual allocations which are inevitably much higher. About 1.9 per cent of the GDP of so large an economy is far greater than what we are investing. The gap between our forces will grow exponentially should we continue with this meagre allocation of funds.

Our defence spending requires a surge. Countries like Israel with 5.7 per cent of its GDP as their defence expenditure are managing their growth quite well. We are at the crossroads where decisive action is required if we are to pursue our objectives of being able to provide regional stability. China, is investing $60 billion on the China-Pakistan Economic Corridor. It has huge security implications for us. The infrastructure right from Gilgit–Baltistan to Gwader in Balochistan will be upgraded to cater to the traffic that will flow between China, through Pakistan, and the Gwader port. These logistics arteries also provide for easy movement of forces. The possibility of a collusive threat is both enhanced and eased.

Any further dithering in substantial increases for the defence sector could cost us dearly even in the short run. Doklam was just an indicator of what may be in store even as early as the next summer. Kargil wasn’t really an expected Pakistani manoeuvre. Our intelligence establishments couldn’t quite predict it. We were surprised.

We have neglected our defence for over a decade. The current government has not been able to push the pace of acquisitions. Hopefully, the government, known for not shying away from decisive action; demonetisation and GST being examples; will not be found wanting when it boils down to our vital interests.

#Army, #Budget, #Defence procurement, #Defence
The views and opinions expressed in this article are those of the authors and do not necessarily reflect the official policy or position of DailyO.in or the India Today Group. The writers are solely responsible for any claims arising out of the contents of this article.