Among cities where use of Army land has become a bone of contention is Secunderabad, as mushrooming colonies around the cantonment are hit by closure of roads.

While the history of military cantonments is readily available on the internet, a few relevant issues seem to be missing. The British established cantonments to keep the Army ensconced but away from the public, providing it areas for habitation, training and recreation.

However, since these were orderly locations and the hub of all activity in the region, the future city grew around the cantonments and spread. Business establishments were first established in areas surrounding cantonments.

Therefore, cantonments initially away from the city, became the centre of growth of the town. Presently, most cantonments possess prime lands in almost all major cities and are surrounded by the best of localities. Bangalore, Secunderabad, Lucknow, Allahabad and even Kolkata are some of the examples. The Bangalore, Secunderabad parade grounds and the Kolkata Maidan have always been viewed by state governments and builders due to their prime locations. 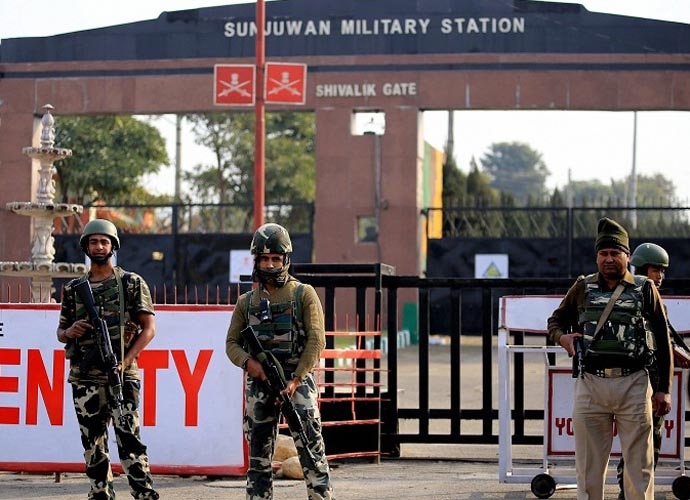 It has been on the insistence of the Army, backed by the government, that the lands were protected from becoming concrete jungles. Dhaula Kuan in Delhi was an isolated location in the 1970s, but at present controls access to many parts of a growing city, including to the airport.

Most Army cantonments are grounds where the local public come for their daily walk and fresh air. Cantonments possess greenery and open spaces which result in a difference in temperatures and low levels of pollution, and thus must be so maintained and prevented from being concrete jungles.

Expanding cities began to surround cantonments and colonies mushroomed outside cantonment limits, with its residents freely using cantonment roads for commuting. Issues started arising once Army authorities began placing restrictions on movement on roads within the cantonment for security purposes, especially in the wake of terrorism and terror strikes within the country.

Land in military stations come under two different entities. Some roads and land are under cantonment boards, which are developed and maintained by them, while other roads and land belong to the Army and are termed as A1 and B defence lands, meant solely for Army use. Some land is occupied by the Army, while others earmarked for its future use while the balance is with cantonment board for maintenance and security including local markets and civilian-populated colonies.

Among the cities where use of Army land has become a bone of contention is Secunderabad, where multiple mushrooming colonies surrounding the cantonment are impacted with closure of roads. The battle for opening of roads in this city has been raging for a few years, as increased colonies mushroom in areas around cantonments. For the residents, movement through cantonments save them time and distance, which has financial implications.

Mohan Guruswamy, a noted policy analyst, even published a scathing article on the issue of closure of roads in the Deccan Chronicle titled, "This is not Pakistan, General Saab" a few days ago. He claimed that arbitrary closure has impacted the movement of civilians and the Army is unwilling to hand over land for construction of roads and flyovers claiming market cost. He went on to accuse the Army of being in business, taking arbitrary decisions and refusing to heed to public demand.

There are some issues, which need to be elaborated for explaining to those unaware of government rules. Transferring land from the Army to civil authorities is not under any Army officer, unless the land is A1 or B defence land. It remains under the purview of the cantonment board. However, Army views are taken. Rules were tightened by the government of India, post the illegal transfer of defence land in Pune by a defence minister, who had personal interest.

All transfer of lands, irrespective of classification, needs the approval of the MoD, the local authorities can only recommend.

Land has been given where essential, Kolkata and Bangalore for Metro and Lucknow for flyover and rail over bridges being recent examples. In the case of Kolkata, the land handed over was A1 defence land, on which a part of the army hospital existed. Thus, it is incumbent on the state government to process the case with the ministry. Blaming the Army is meaningless and it is the easiest target, especially for a renowned individual, as it would not respond to criticism, as is its norm.

Security of cantonments is a primary responsibility of the local military commander. It is a bigger headache when the cantonment is open and surrounded by colonies in every direction. There are regular intelligence inputs of militant threats to Army cantonments.

Inside cantonments, there are small colonies of family accommodation which are vulnerable spots, many of which house families of soldiers deployed in insurgency operations or along troublesome borders. Their concern for security of their families, while they battle militancy or a hostile enemy, is paramount.

Incidents of militant attacks on family quarters in recent times in Jammu are examples of anti-national elements seeking to target army morale, by hitting at weak spots. The May 14, 2002 Kaluchak massacre where militants attacked the family accommodation and killed 23, including women and children still haunts the army. The latest in February this year in Sanjuwan also involved living accommodation. Attacks have also taken place in Nagrota and Pathankot. Hence, the Army would need to ensure security of its own areas. An attack in the interior of the country would be more demeaning.

If the Army imposes caution by deploying soldiers in uniform along major roads, then the public feels it is overbearing and approaches the courts, Allahabad being an example. Hence, it has to adopt deterrent measures. An attack on a military cantonment is an embarrassment to the nation and severely impacts military morale, especially if families are targeted. The recent attack on an Army school in Pakistan resulted in the army launching a major counter-militant operation, mainly because it hurt the soldier’s morale and dented the image of their army.

No army in the world has that luxury of soldiers that it can deploy them all over the cantonments to ensure security, as demanded by Guruswamy. It, therefore, adopts a methodology of employing quick reaction teams moving through the cantonment in vehicles at random while guarding major installations and monitoring traffic by restricting movement through certain roads.

The national public should understand that the Army, which has stood by the nation in every aspect and would do so all through history, but has to act to ensure its own security. It must ensure security of cantonments to prevent embarrassment to the nation and itself. It may at times behave in a manner to cause inconvenience to the local public, which can always be resolved by a civil-military liaison conference. This is a regular conference attended by senior civil and military members of the city to discuss problems and arrive at solutions.

Surplus Army lands can only be granted by the government, the local Army authorities have no right. This could easily be resolved through the same channel, which has failed in the state of Telangana for unknown reasons. If the state authorities do not adopt this approach, then they must be blamed for their own highhandedness and lack of interest in helping the public.

Blaming the Army may be easy, but understanding its constraints is difficult. Channels of resolution always exist, employing them is more important rather than throwing the blame on an institution which maintains a studied silence because of its ethos.

Also read: The 'demise' of Kashmiri

Post your comment
#Defence Ministry, #Army, #Secunderabad Cantonment Board, #Defence land
The views and opinions expressed in this article are those of the authors and do not necessarily reflect the official policy or position of DailyO.in or the India Today Group. The writers are solely responsible for any claims arising out of the contents of this article.