The Delhi Assembly election tomorrow will be a litmus test for the Bharatiya Janata Party (BJP), Aam Aadmi Party (AAP) and Congress — but for vastly different reasons. The BJP is still reeling from its Maharashtra and Jharkhand debacles. Another Assembly loss will raise questions about Prime Minister Narendra Modi’s political instincts and Union Home Minister Amit Shah’s Midas touch.

The Delhi Assembly may be small with just 70 MLAs, most of them hardly household names. It may have no power over the police, law and order, and government postings. But it has outsize symbolism as the local government of the nation’s capital. 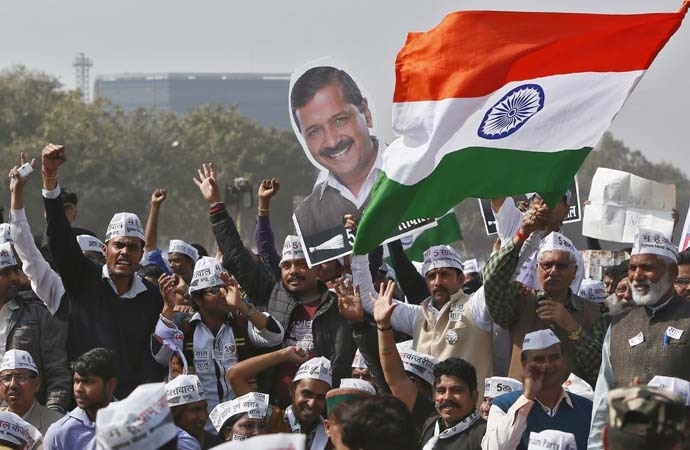 This time around, Kejriwal campaigned on — ironically — the plank Modi has made his national calling card: Development for all. (Photo: Reuters)

For AAP, the polls present an existential challenge. It has just one Member of Parliament (down from four in the 2014 Lok Sabha), was beaten in the Punjab Assembly polls and has made no headway in AAP cofounder Arvind Kejriwal’s home state of Haryana. While opinion polls project a clean sweep for AAP, Kejriwal has taken no chances. It explains the Delhi CM’s absence — despite sharp liberal criticism — from the protests in Shaheen Bagh against the Citizenship (Amendment) Act or CAA. Like any private sector startup promoter, Kejriwal is risk-averse. He knows, in a do-or-die battle, ideology can be put into cold storage.

In the 2015 Assembly election, Kejriwal played the communal card, wooing Delhi’s poor minority vote bank. No longer. Kejriwal recognises the electoral danger the anti-CAA protests pose. They have sparked anger among even secular, cosmopolitan Hindus with their display of anti-Hindu iconography, falsely conflating in one instance the Nazi symbol with Hinduism’s revered Swastika. This time around, Kejriwal campaigned on — ironically — the plank Modi has made his national calling card: Development for all.

Kejriwal’s ‘guarantee card’ promises 10 specific services, including free power and water for the poor, clean health centres, well-run schools and free bus rides for women and students. However, allegations of corruption — with Assembly tickets reportedly having been sold to candidates for crores of rupees — continue to tarnish AAP’s reputation. The party has mastered the dark arts of politics. The Delhi Police controversially allege that Kapil Gujjar, involved in a shooting incident at Shaheen Bagh and initially linked to a Hindutva outfit, is in fact associated with AAP.

The BJP hasn’t covered itself with glory in Delhi’s local politics either and could pay the price tomorrow. It runs three major municipal bodies in the National Capital Region — the Municipal Corporation of Delhi (MCD), the New Delhi Municipal Council and the Delhi Cantonment Board. To complicate matters, MCD is trifurcated into three bodies, two of which look after southern and eastern Delhi.

The BJP’s local political leadership does not inspire confidence. The party has few credible CM candidates as a counterpoint to Kejriwal. This represents a latent danger to the BJP: If AAP wins the Delhi Assembly elections, it is Modi and Shah who will inevitably take a hit. There is no local filter to distil out the blame.

The third contestant in Delhi, the Congress Party, has little to lose because it knows it will end up third in the polls. The party’s leader-at-large Rahul Gandhi addressed a few campaign rallies but left it to the dynasty’s lower orders to match the BJP’s line-up of “star” campaigners. The only danger Congress poses to AAP is cannibalising its minority vote share. 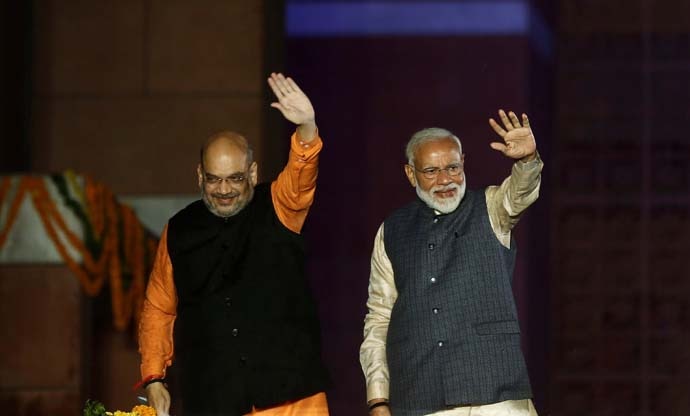 A latent danger to the BJP: If AAP wins the Delhi Assembly elections, it is Modi and Shah who will inevitably take a hit. (Photo: Reuters)

So, will the 2020 Delhi Assembly election reflect the 2019 Lok Sabha numbers or the more distant 2015 Delhi Assembly landslide? It’s a truism that the electorate votes differently for state and Centre.

Rajasthan and Madhya Pradesh voted the BJP out in December 2018. Five months later, the BJP swept both states in the 2019 Lok Sabha poll. AAP can, however, take heart from recent opinion polls which suggest that, while the 2020 Delhi Assembly election will be a closer contest than 2015, the development versus deity argument could fall in its favour.

AAP has carefully insulated itself from the backlash of the Shaheen Bagh protests, ensuring it neither loses too many minority votes to the Congress nor alienates the secular Hindu vote angry at parties that back the communally charged anti-CAA protests. When violence played out on the JNU campus earlier this month, a notable absentee was Kejriwal. When it comes to preserving power over the only state you govern — however small the state and however impotent your power — discretion is the better part of valour.

We shall know on February 11, when the results of tomorrow’s election are declared, whether Kejriwal’s ideological guile has given AAP’s politics a new lease of life.

Also read: Delhi elections: Will a blundering BJP and a lacklustre Congress prove advantage for AAP?

Post your comment
#Arvindkejriwal, #Congress, #BJP, #Aam Aadmi Party
The views and opinions expressed in this article are those of the authors and do not necessarily reflect the official policy or position of DailyO.in or the India Today Group. The writers are solely responsible for any claims arising out of the contents of this article.