This article has been co-authored by Vikram Soni and Aditi Veena.

As many as 50,000 Uber and an equal number of Ola cabs have hit the roads of Delhi in the past two years. And with that life has become a lot less painful for commuters — from students to housewives and office-goers, everyone seems much relieved.

It takes about five minutes to get a cab from literally anywhere in the city, and no parking pains to reach your destination.

But then this is perhaps how a cub reporter's version would read like. Now, what about an editorial, or the story of Delhi foretold?

There are 30 lakh registered cars in Delhi, of which about a third or a fourth are on the road at the same time - we do not know. So let's be generous and say that on an average, 30 lakh cars do about 30 kilometres a day. Then the gross travel mileage is 30km x 30 lakh a day, or 900 lakh kilometres a day. 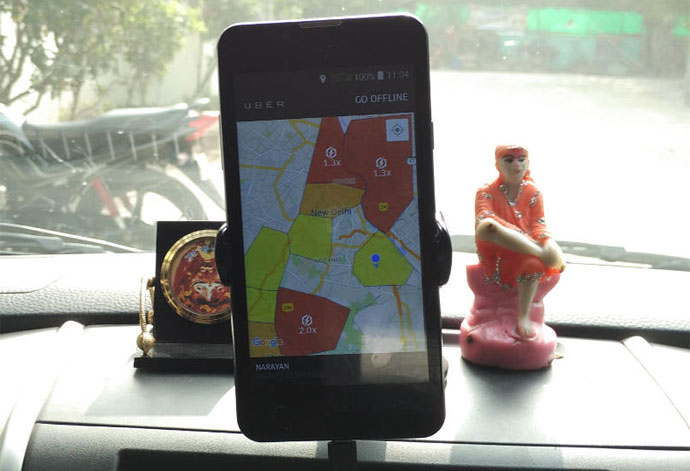 Moving on, let's assume that we rev up to 3 lakh app-based cabs. On an average, each cabbie works 10-12 hours and does about 250-300 kilometres a day. Multiply the two and we get 90 lakh kilometres. So 3 lakh cabs clock the same mileage per day as 30 lakh cars.

So, if we can switch from 30 lakh personally owned cars, which are washed and polished everyday, to 3 lakh cabs, traffic on all roads of Delhi could be reduced by 10 times. Also, let's not forget that one-third of the road space is presently occupied by "dead" cars.

In view of the relative numbers, cars are the major source of pollution as far as passenger vehicles are concerned. If we switch to this private-public transport, we can solve huge problems of traffic, pollution, space and accidents.

An Uber costs about Rs 100-Rs150 for a trip of 10-15 kilometres for a single-person ride. Sharing brings it down to half of that. A similar commute on a DTC bus/Delhi Metro costs Rs 25 but it doesn't have first- or last-mile connectivity.

In one's own car, it costs about Rs 70 (for fuel). This excludes overhead costs like insurance, servicing, wear and tear, pollution checks, and most often you have a driver who gets Rs 500 a day as salary. One trip would cost him one-fourth of his time. That's another Rs 100.

So really, owning a car is more expensive than using a cab right now. Whereas, while sharing a cab, cost-wise, we are sitting in the middle of riding on a bus and driving our own car. Looks affordable. Looks very affordable.

So, how could we do this here in Delhi? The government currently gives out a monthly travel allowance of Rs 3,500 to all middle-level officers. Can we convert this into cab coupons? Use them or lose them.

Private companies could even enhance this allowance, which makes an app-based cab really affordable, competitive and convenient.

Cars are just one of the major causes of pollution in Delhi. The state transport vehicles mainly use unregulated diesel for bringing in produce to the capital. This happens from after 9pm to 5am. It is not surprising that the pollution data shows a spike during these hours. 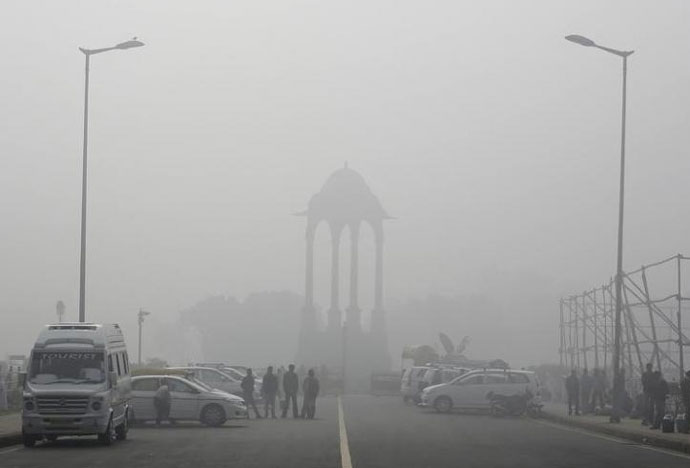 Then there is dust from bare construction sites and sweeping of roads. All this hoists tonnes of road dust into the air. Biomass and bio-waste burning is another large polluter, especially in the winter when we have still air from inversions.

Industrial use of low-grade furnace oil and backup diesel generators are another lethal source of pollution. Neighbouring states practice mass burning of their agricultural waste.

But one thing we miss by accident, or by design is the vast and ubiquitous multiple Metro line constructions and excavations that are going on in Delhi. Wherever we go, we are boarded up on both sides by the Delhi Metro.

What is concealed is the huge amount of dust that is generated. What is concealed even better is that the Metro runs all equipment on low grade diesel, 24X7. The Metro is one of the best-kept secrets of large-scale pollution in Delhi.

In spite of the United States fracking away to glory, resuming new oil pipelines and thermal power stations and almost killing the Environmental Protection Agency, there are some silver linings. To incentivise its residents to disown private vehicles and use public transport, two precincts of San Francisco have recently given out $100 a month of Uber and Clipper coupons for last-mile connectivity.

We have just given a small relief measure to Delhi by the ingenious use of software (technology). The problem that the national capital faces is a much bigger one. In our city of a booming 20 million, where distances are now spanning over 50 kilometres, we are headed for slow genocide if we continue to increase in population of not just human beings, but cars as well.

Think of what would happen if we have a house that can accommodate five people and force 40 screaming residents into that space — that's Delhi.

Finally, how can one stop people from migrating to megacities to find employment? One can.

Migration is induced by investment. And unfortunately, we have invested unilaterally in big cities. True, you cannot force anyone out of the megacity regardless of the their abject living condition. But you can move investments to smaller towns in the form of schools, universities (IITs and IIMs), good transport and green areas.

Citizens of smaller towns can be seduced further by giving them tax cuts in personal income tax, in property tax and in car registration and in many other ways.

The bad air, traffic and water problems in megacities will push people to move to better places. But this does need some cooperation between the Centre and the states.

Take note of the trend that the Chandigarh gentry, which were drawn to Delhi, like a moth to a candle, no longer want to get singed by the toxic air of Delhi — they prefer to move events to Chandigarh. And Delhi people love the reprieve of breathing good air for a few days.

As a universal responsibility for our future, we need to move to less invasive, self-sustaining cities that nurture life and living.

(Vikram Soni is Emeritus Professor at JNU and Jamia Milia Islamia, Delhi. Author of Naturally, Tread softly on the Planet, he is an unconventional physicist who has been working on non-invasive solutions for living in communion with the Earth.

Aditi Veena is an architect/urban ecologist who has recently moved back to Delhi from Sri Lanka and is currently working on biodegradable architecture and community led ecological movements.)

#Uber, #Ola, #Delhi pollution
The views and opinions expressed in this article are those of the authors and do not necessarily reflect the official policy or position of DailyO.in or the India Today Group. The writers are solely responsible for any claims arising out of the contents of this article.