India Today Group Editor-in-Chief talks about how Delhi riots were a breakdown of institutions designed to anticipate, avert and act against communal incidents, in the March 16, 2020 edition of the India Today Magazine.

The power of the Indian State resides atop the one square-kilometre Raisina Hill at the centre of New Delhi, housing the offices of the President and Prime Minister of India. It also has some of India’s most vital central ministries. Two of them — defence and home — exercise control over 1.4 million armed forces personnel and over one million central armed police forces personnel.

Yet, for four consecutive days, beginning February 23, the world’s second-largest uniformed force meant nothing for the inhabitants of Northeast Delhi, just 15 kilometres away. Masked rioters ran amok on the streets on a murderous shooting, burning and clubbing spree. Vehicles were torched; homes, shops and religious premises looted and vandalised; innocent bystanders and journalists were attacked. Hospitals overflowed with anxious people looking for missing relatives. At last count, 49 persons were killed and over 300 injured in this orgy of violence. Among the dead were a Delhi police constable and an employee of the Intelligence Bureau; a senior police officer sustained serious injuries in a mob assault. This is the worst Hindu-Muslim riot that the national capital has seen in the past 70 years. The State was accused of turning a blind eye and, in fact, of being complicit in the violence, just as it had been during the anti-Sikh pogrom in the capital in 1984. 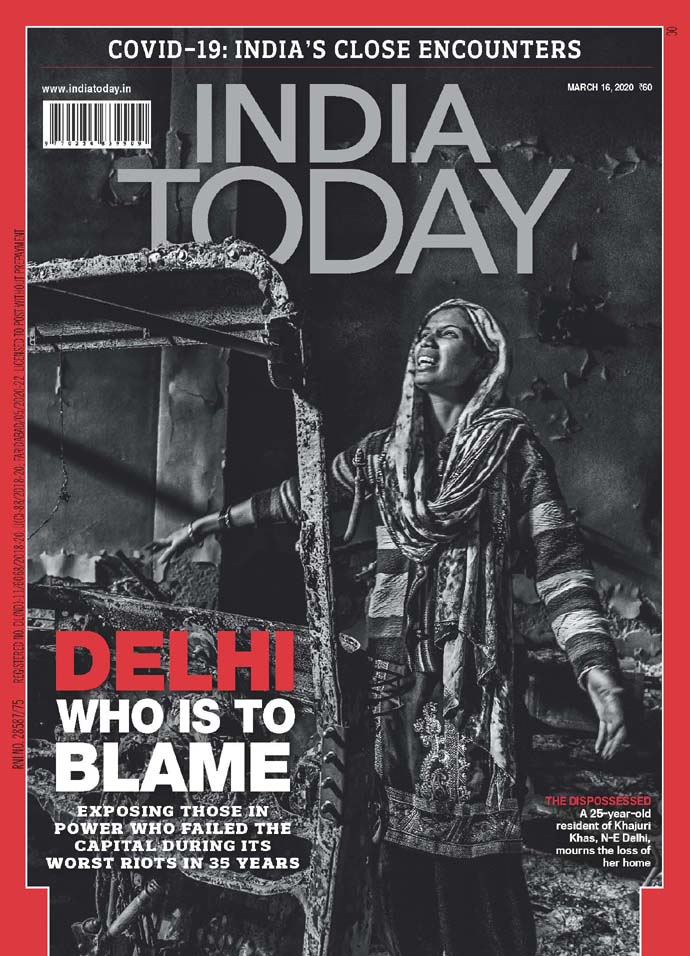 Every riot in India has a sickeningly familiar build-up — of politicians nurturing constituencies, promoting ghettoisation and stoking fires of hate to further their political agenda. In Delhi, the sulfurous campaign for the assembly election on February 8, where elected representatives casually issued calls for violence, fed the slow-burning fire that ignited into a full-blown conflagration two weeks later — arguably at the worst possible time, when the government’s attention was focused on US President Donald Trump’s state visit.

The 2020 Delhi riots were a systemic breakdown of institutions designed to anticipate, avert and eventually act against such communal incidents. The result of the failure to crack down on hate speeches and nip the violence in the bud was catastrophic. All the incendiary words and slogans raised in the run-up to the riots, it would seem, turned into bullets fired at crowds and Molotov cocktails hurled into homes. The institutional short-circuit seemingly began with the Union home ministry, which controls the Delhi Police, and spread to the intelligence network which warns of such incidents, and to the police responsible for enforcing law and order. Local representatives and lawmakers mostly vanished during the violence. While some staged symbolic protests from a safe distance, others, it is alleged, were complicit in the riots.

Our cover story, ‘Who Failed Delhi’, put together by Associate Editor Sonali Acharjee, Deputy Editor Shwweta Punj, Senior Editor Kaushik Deka, Senior Deputy Editor Uday Mahurkar, Consulting Editor Ajit Kumar Jha and Assistant Editor Gulam Jeelani, examines, through a series of questions, who should be held accountable for the failures and the human cost of these failures. It is accompanied by a photo-essay by India Today Group Photo Editor Bandeep Singh, whose camera documents the lives torn and homes destroyed in the madness of religious passion.

As Acharjee puts it, “There is an air of acceptance in the riot-affected areas. Life is starting to move on as people fill up forms to claim state compensation, reprint Aadhaar cards from the internet, invite civil society into their charred homes and line up to collect rations. But many say they can still hear manic laughter and terrified screams if they close their eyes. Others say it is the emotional loss that will haunt them forever—the loss of close relatives, family heirlooms, safe public spaces and trust in strangers.”

The Delhi riots should be a wake-up call for political parties who think mixing religion with politics is a low-cost means to capture power. It isn’t. It comes at the cost of human lives, spreads insecurity across the country and damages the nation’s reputation internationally. The riots also highlight the need for us to strengthen the institutions that have been created to avert such lethal clashes in the first place. They were all paralysed for some reason or the other.

If this could happen in the national capital with a well-equipped police force directly under the Centre, imagine what could happen in India’s other densely packed urban agglomerations. At the very least, this riot calls for a common minimum programme for all political parties to agree on: to shun the agenda of hate, and to actively promote communal harmony. Elections should be fought on issues that matter — economic development, infrastructure, health, education and social harmony. Else the question we could well be asking is: which city is next?

(India Today Editor-in-Chief's note for the cover story, Who Failed Delhi, for March 16, 2020)

Post your comment
#Delhi elections 2020, #India today magazine, #1984 Anti Sikh Pogrom, #Communalviolence
The views and opinions expressed in this article are those of the authors and do not necessarily reflect the official policy or position of DailyO.in or the India Today Group. The writers are solely responsible for any claims arising out of the contents of this article.