At the long queues outside banks, people were seen highly disappointed with the Modi government, and they expressed it openly.

When leaders in power fail to sense the pulse of the society they rule, when their frame of reference becomes too narrow to conceive the chemistry behind common man's fight against the process called life, good actions without vision happen, like what is going on in the country today.

I am an ordinary Indian citizen with high expectations from a Prime Minister who has been known for the simplicity of his parent organisation, the Rashtriya Swayamsevak Sangh, and, indeed, a proven administrator with some remarkable credentials of better governance. But, I am unable to sync with the present chaotic situation the country is witnessing today.

No doubt, November 8 was a historical day for Indian economy, when PM Narendra Modi, in a surprise move, announced a "surgical strike" against black money and corruption by demonetising 500-and 1,000- rupee notes.

The world lauded it, corporate honchos showered praise on Modi, and economists across the globe pledged their unconditional support to clean the system.

I have no intention to question the agenda of the PM, but demonetisation has turned out to be a reform he drastically failed to visualise the consequences of; in other words, he and his team didn't get the idea of how common people are running the process called life and the importance of liquid money in their lives.

It was a good action implemented without proper planning. The common man is getting irritated in a big way - when I went through the long queues outside the banks, people were seen highly disappointed with the Modi government, and they expressed it openly.

The upper middle class and the elite ones may be happy, because they can access services without liquid money as they have access to electronic payment systems to make their life comfortable. But this is not the case with the common man; most of them are spending a full day outside ATMs and banks. Reform is something that simplifies the life of people, not make it complex. Note that nine out of ten transactions in India are made in cash. 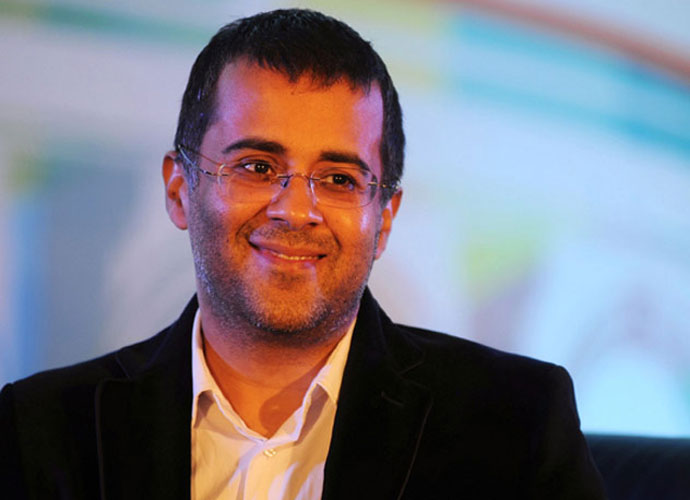 I completely agree with Chetan Bhagat’s rant against demonetisation. As he said, while demonetisation might be well-intentioned, poor execution such as empty ATMs may lead to a lot of suffering for ordinary citizens.

“To queue for several hours to find an empty ATM for Rs 2,000 of your own money is no fun. Execution of an idea as important as the idea,” India’s popular writer tweeted.

As I said earlier, execution is the issue. The scale of this kind of reform is too large; issues in execution will lead to an anarchy-like situation.

I am a staunch advocate of a cashless economy and greatly interested in Modi’s Digital India mission. But I had to compromise my half day to get my hard-earned Rs 2,000 yesterday. We don’t have electronic payment facilities in kirana outlets or small scale hotels or ration shops. The e-payment ecosystem is still at the nascent stage, and the government has to implement it at a faster pace before going on with this kind of adventurist measure.

And, please never take on those who criticise the execution with the patriotic card. Patriotism has nothing to do with it.

As Bhagat said: “Don’t use patriotism as an excuse for bad operations research type planning. What’s not going well has to be told, in national interest.”

Modi is right on his policy. But he could have implemented it with proper planning. In a democracy, individual freedom matters a lot; if the rulers underestimate this it at any point of time, there’s not that much scope for true development.