Demonetisation: So far Modi has come across as winner

Hoarders of black cash have been hit hard - Rs 1,000 and Rs 500 notes are being burnt and thrown away.

The long-term implications of demonetisation are still unclear, as it happens with any far reaching move that a government makes. We will know the final results of this only in the months ahead and maybe even years to come.

But the short-term effects of the bold move have been spectacular. You may point to the long queues all over India and talk of citizen dissatisfaction, but once this whole mess is sorted out, people will forget these long queues - Indians are totally used to them.

Things like 2G and Coalgate may drag on for years (or in the case of Bofors, decades) and that’s why the Congress got absolutely plastered in 2014.

After the government announced a black ink mark to prevent multiple over-the-counter exchange of old currency, lines in that regard have shrunk drastically, showing that it wasn’t really the common man who was using that facility, but black money hoarders via their proxies. Emboldened, the government has actually reduced the exchange limit!

Today it is quite easy to deposit and withdraw money against your own account in your own bank. In fact, the only thing to be sorted out is the long ATM queues, but the government has time till the month-end because of hard cash requirements at the beginning of next month.

Most of the opinion polls conducted on demonetisation show support from the people in percentage in the range of 70s and 80s. People are firmly behind the ruling government.

The Opposition has gone on the rampage and the Lok Sabha session was stormy. Parties held a march and rallies in the national capital. That also looks like a setback but is not so. Nobody doubts the effectiveness of the move, but only implementation which led to total chaos for the first few days.

So those political parties demanding a rollback are looking quite silly because it appears that they are in fact supporting the corrupt! AAP’s Arvind Kejriwal is looking ridiculous because he owes his political career to the anti-corruption movement.

Even Kejriwal’s mentor Anna Hazare who has remained aloof or blows hot and cold over various issues has hailed it as revolutionary, adding: "New India is marching towards a corruption-free society!"

Most economists of the world have hailed the decision and India finally seems serious in eradicating its parallel black economy which gets rubbished all over the world with great regularity.

We have taken a leap forward in going towards a cashless economy. While middle class India had embraced the concept, it was facing resistance from the rest of India but not anymore. Credit card usage is up, debit card usage has soared and Paytm is getting spectacular growth.

Resisting small shops are finally going in for point of sale devices to boost sales and there will be no going back for them after this. Small vendors have gone in for Paytm accounts. Signs which say “We accept Paytm” are coming up in the nooks and corners of India.

It’s all a question of attitude and the country is finally looking at everything in a new light.

Reports speak of funds being dried up for Naxalites, terrorists and even stone pelters in the Kashmir valley! There is no doubt that all these groups and counterfeiters have been checkmated. That’s in the short-term. It remains to be seen whether the government can press forward this advantage in the long-term. 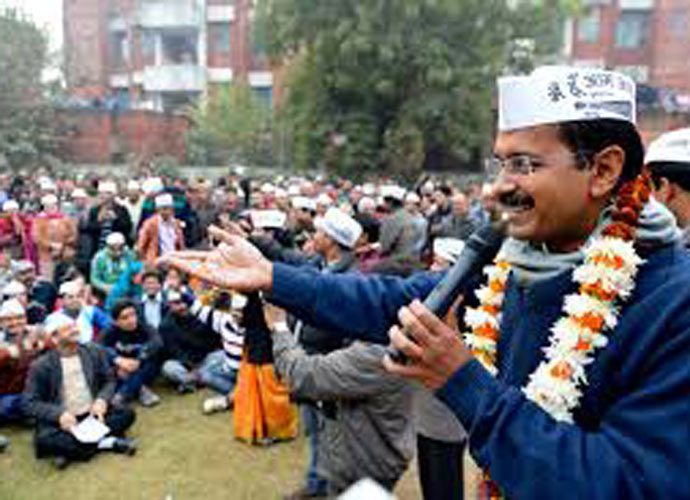 Hoarders of black cash have been hit hard - Rs 1,000 and Rs 500 notes are being burnt and thrown away. The poor are exchanging some of it for a commission, so at least they are making some money out of it.

Some hoarders are bringing black cash in huge numbers, ready to pay a huge penalty to the government and get back a fraction of it back which will become white.

All of India is being pushed on to Aadhar so they can be monitored and everyone is being forced to open bank accounts so more and more black money can make it back into the system. Foreign bank accounts are being aggressively pursued in the background and that’s a long-term project.

The most important thing is that the mindset of this country is changing. This government has put the fear of god in the minds of black money hoarders. Now everyone knows the government is serious. What next? A crackdown on jewellers and gold hoarding? A crackdown on the real estate sector and action against benami property?

From now on, the corrupt will be on their toes and they will be merely guessing the next move of the government. The “chalta hai” policy vis a vis the parallel black money economy has already gone.

Prime Minister Narendra Modi has taken a really bold move, won the popularity contest for now and he seems to be totally unaffected by all the negative media stories and political parties going on the rampage.

Round 1 in the heavyweight fight against black money has firmly gone to Modi.

The next rounds will be played in 2017-18 and it remains to be seen whether Modi can go in for a knockout punch by 2019!

Also read: If cash is an issue, learn how to use an e-wallet