Demonetisation is dragging India to an age of chaos and disruption

Does the government have any plan to launch a 'surgical strike' against poverty and inequality?

Nobel laureate and economist Amartya Sen has called the government’s demonetisation drive that has disrupted the normal lives of hundreds of millions “despotic and authoritarian”.

Demonetisation is “small fry in terms of achievement but a big disruptor to the Indian economy,” Sen told NDTV in an interview.

But the disruption that Sen has said is neither “intelligent nor humane” is the new “normal” for the BJP government.

Disruption is a new creed that the Narendra Modi government wears on its sleeve.

If one listens to what BJP ministers have been saying, the people should get used to disruptions as a way of life.

If one had one’s ear to the ground, one would have foreseen something as earth-shattering as demonetisation coming as a disruptive idea.

A few days before the announcement on November 8, BJP ministers and policy wonks were warning of disruption becoming the new normal under the NDA government.

“It is a disruptionist government,” Union minister for industry and commerce Nirmala Sitharaman said at India Ideas Conclave in Goa in the first week of November.

She meant, perhaps, disruptive not “disruptionist,” borrowing a corporate world buzzword coined by Harvard Business School professor Clayton M Christensen. Anyway if she said disruptionist, so let it be.

Here is what Sitharaman said: “In this government, the Cabinet meetings are always a churning of ideas. It is not that agenda is set before us, we talk about it and clear it and go away."

“In fact it is a disruptionist government if you want to call it that way. It questions a lot of status quo," she added.

Sitharaman is a lightweight in the government. Listen to finance minister Arun Jaitley.

He said recently that by stopping the “normal” of the last 70 years, PM Modi has created a new “normal”.

Jaitley’s statement brings gravitas to what the Modi government means by disruptive ideas and what it means by challenging the status quo. 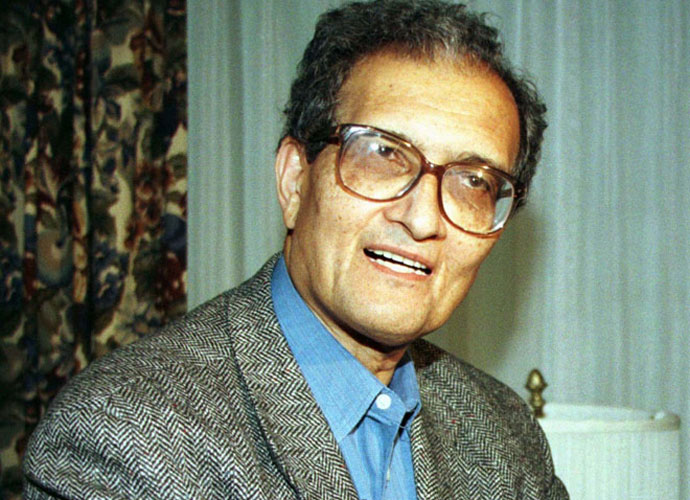 Demonetisation is indeed a tectonic disruptive action. It has disrupted the lives of ordinary people. To that extent Sitharaman is right.

Others look at it differently. When asked whether demonetisation was a radical idea, Arun Shourie laughed it off and told NDTV in an interview that suicide too is a radical idea.

But in what way demonetisation questions the status quo?

Let’s assume it contributes to checking circulation of black money, counterfeit currency notes, terrorists’ financing and corruption in the short-term.

In the short-term, because even the most vocal supporters of demonetisation don’t rule out black money and counterfeit notes worming their way into the system in the long run.

So how does the government question and alter the status quo?

One could get a clue to the answer by asking what makes India a status quoist society. What hasn’t changed in the last 70 years that ought to have changed?

What comes to mind is that poverty, inequality, the curse of caste, poor quality of education and healthcare for poor are some of the issues that continue to plague the ordinary people as they did at the time of Independence.

Almost 400 million people are poor. The top 1 per cent people own more than half the country’s wealth and the top 10 per cent own over 75 per cent. The poor struggle for barely 4 per cent of wealth. Such is the level of inequality.

According to an IndiaSpend report, almost 86 per cent of rural and 87 per cent of urban population has no health expenditure support. More than half of the total population is dependent on private healthcare. The poorest 20 per cent spend more than 15 times their average monthly expenditure on private hospitals, says an NSS report.

Does the government have any disruption plan to launch a “surgical strike” against poverty and inequality? Any disruptive scheme to improve healthcare and education?

Over 80 years after BR Ambedkar published 'Annihilation of Caste', not more than five marriages are inter-caste in the country.

Does the government, which claims to question a lot of status quo, plan to change the millennia-old status quo on caste and untouchability? Where is the disruptive action that will do away with the two scourges?

What actions has the government taken to end criminalisation of politics? Will anybody in the government deny that the number of people facing serious criminal charges such as murder and rape being elected to Parliament and Assemblies has been increasing?

As many as 53 MPs elected to the current Lok Sabha face criminal cases in which charges have been framed against them. Why does the government refuse to change the status quo and put an end to the growing cases of criminalisation of politics?

Why is the Modi government refusing to bring political parties under the ambit of Right to Information Act (RTI)? That would be a surgical strike against corruption and black money.

The Modi government has of course been disruptive in many ways. It has disrupted social harmony and amity in the society. That’s a new normal.

A new normal is that the government in cahoots with certain forces has been working to prevent inter-religious marriages, calling them “love jihad”. Another disruption is creating insecurity among Dalits and minorities.

The disruptive policies that aim to strike at the status quo of 70 years are politics of hate and putting one community against the other.

The new normal is overturning the normal of the fundamental right to dissent and to tar everybody who dares to dissent as anti-national.

The choice is ours.

Also read: Demonetisation is a sacrifice of the poor to punish the rich

#Love Jihad, #Black Money, #Demonetisation
The views and opinions expressed in this article are those of the authors and do not necessarily reflect the official policy or position of DailyO.in or the India Today Group. The writers are solely responsible for any claims arising out of the contents of this article.