For the blind, new notes are as good as old

They were expecting the government to spare a thought for them.

Have you ever tried closing your eyes and guessing the currency that you have in hand. It's hard, isn't it?

Now imagine a situation when you don’t know which currency you are holding, but someone has told you that what is in your hand is a 100 rupee note. When you go to buy something at a grocery store, the person behind the counter tells you it’s a 10 rupee note, not a 100. Wouldn’t you be in a fix? Wouldn’t you want a way out to look at the note yourself to check which is right? That is exactly how a blind person feels.

Visually challenged people feel the currency in their hands and, if unable to decipher, they generally depend on sympathising people like you and me to tell them about it. With such challenges, it was expected that the government would listen to the need of almost 1.5 crore visually impaired people (the 2011 census throws up this figure while the National Association for Blind (NAB) pegs it much higher.)

Between 2010 and 2011, a committee headed by the executive director of the Reserve Bank of India (RBI) had held meetings and listened to the woes of those who could not see. All they sought was that on each currency note, there be some sort of identifying mark which could be felt, so that a visually challenged person could identify the note.

But in all these years, nothing was been done that could elevate the self-respect of the differently-abled, not let them have to depend on others for at least one thing. 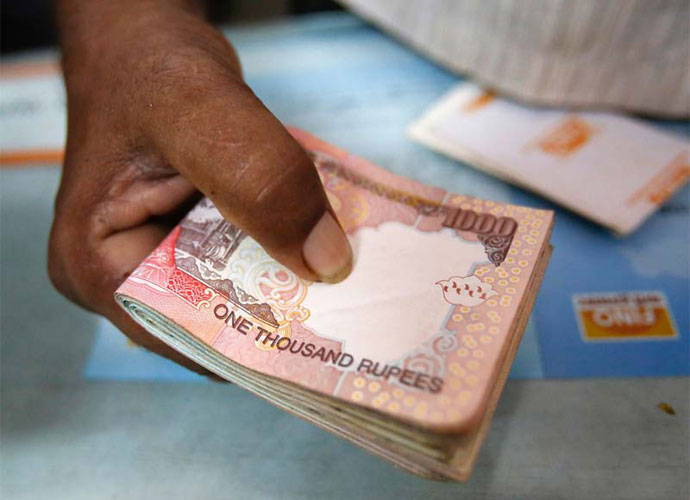 Members of NAB were holding on to the hope that the new notes will conform to their requirement.

The NAB filed a petition in the Bombay High Court where respondents RBI (for notes) and Mint India (for coins) were asked to reply. In the meantime, the withdrawal of Rs 500 and Rs 1,000 notes was announced on November 8 with the promise of new notes being brought in.

Even as the entire country is worried about the after-effects of this huge demonetisation exercise, members of NAB held on to the hope that the new notes will probably conform to their requirement.

However, as the new money reached the hands of those who had been eagerly waiting for it, the very touch and feel of the notes shattered their hopes.

Suhas Karnik from the NBA who got to see the new notes a few days back says: “There are a few lines which will probably help those who have a little vision but on the whole, this was sheer disappointment. Even after waiting for six years, the government has not thought about us.”

The hearing in the high court, where both agencies will have to give their statement, is still a few days away, but the sheer fact that the mammoth demonetisation exercise did not spare a thought for 1.5 crore people who don't have vision is, frankly, quite shattering.

Also read: Demonetisation: Rhetoric as policy and people as fools

#Visually impaired people, #Demonetisation
The views and opinions expressed in this article are those of the authors and do not necessarily reflect the official policy or position of DailyO.in or the India Today Group. The writers are solely responsible for any claims arising out of the contents of this article.