A Dharm Sansad has said they will lay the foundation stone of the Ram Mandir on February 21.

In a big announcement, a ‘Dharm Sansad’ — a religious gathering of Hindu sadhus — being held in Prayagraj has ‘declared a date’ for the construction of the Ram temple in Ayodhya.

The Dharm Sansad, headed by Dwarka Peeth Shankaracharya Swami Swaroopananad, on January 30 said they would lay the foundation stone of the Ram Mandir on February 21. 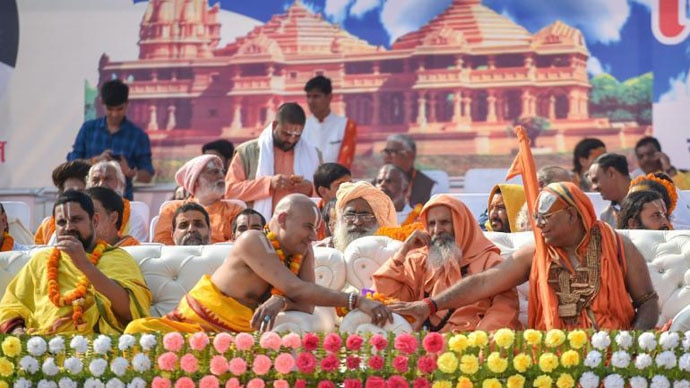 Meeting Point: The Dharam Sansad was being held in Prayagraj. (Photo: PTI)

The announcement is potentially explosive — or is it? Should the grand declaration be taken with a pinch of salt?

Here are four factors to keep in mind:

1.). Sadhus not united: The announcement has been made only by one sect of sadhus. Other sects and organisations, most notably, the Vishva Hindu Parishad, have not yet declared support to it. In fact, the VHP is set to hold its own Dharm Sansad in Prayagraj from January 31.

2.). VHP, Swaroopanand don’t see eye to eye: The alleged fight between Swaroopanand and the VHP goes back to year 1993, when reportedly four Shankaracharyas passed a resolution stating that the VHP didn’t have religious authority to construct the Ram temple. Twenty six years later, ties have apparently not improved. Without the VHP’s support, it is hard to believe that February 21 would prove to be the Big Day. Rather, it may just turn out to be pressure tactics by the sadhus.

3.). VHP, RSS in a spot: With this step by the sadhus, the VHP-RSS will face heat for talking big on the temple but not announcing a definite date. 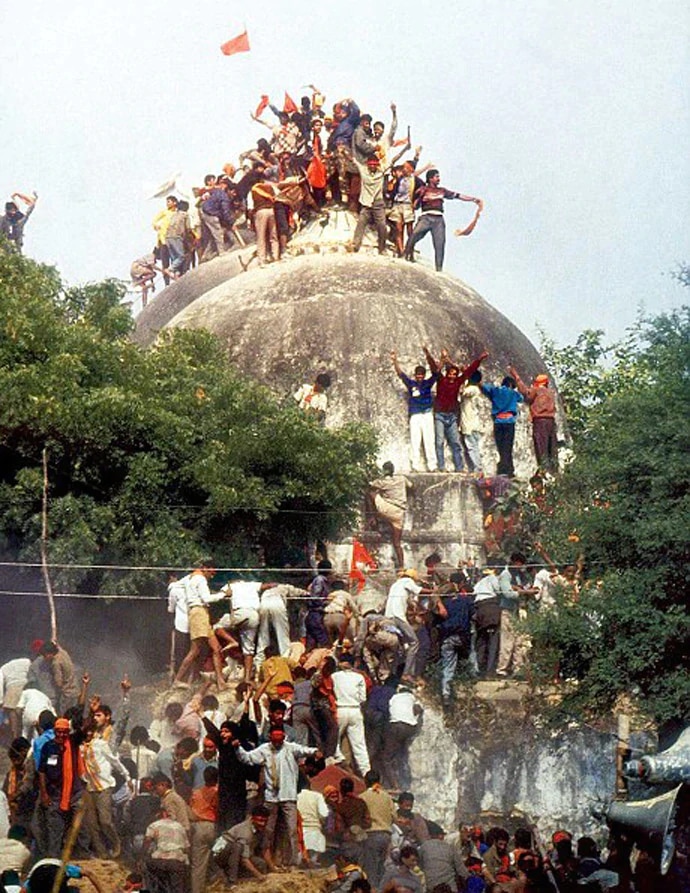 VHP-RSS have always made big noises about the Ram temple. The sadhus' announcement is now a bigger challenge. (Photo: India Today)

In fact, PM Modi has said the BJP government would wait for the SC verdict before acting on the issue. Now, facing the likely loss of Hindu votes, especially in Uttar Pradesh, the Centre has petitioned the Supreme Court to release superfluous land acquired under the Acquisition of Certain Areas of Ayodhya Act, 1993, near the disputed site. However, the step is being seen as little more than a face-saver.

4.). Big challenge for UP administration: Whether or not the foundation stone for the temple is actually laid on February 21, the announcement is fraught with the possibilities of law and order disturbances. No matter what his own ideological leanings are, Chief Minister Yogi Adityanath will have to make sure the sadhus’ actions don’t lead to flare-ups. His government should be prepared for all eventualities.