Senior Congress leader Kamal Nath has spoken. Much to the surprise of many, he has, twice within 24 hours this week, expressed his willingness to back his younger colleague Jyotiraditya Scindia as the face of the 2018 assembly polls in Madhya Pradesh.

"I have no qualms if the party projects him as the leader of the election campaign," Kamal Nath was quoted saying, prompting speculation whether he said it of his own volition or had read the mind of his bosses, Congress president Sonia Gandhi and vice-president and heir apparent Rahul Gandhi or was trying to undermine attempts by other state leaders vying for dominance, chief among them former chief minister Digvijaya Singh.

Whether Kamal Nath will continue with his back-Scindia stance remains to be seen, especially as a perceived prospective chief ministerial candidate himself, he, like Scindia and other state leaders, has also been touring the state in the build-up to the forthcoming polls.

The Congress has been on the backfoot ever since it lost the elections in 2003, as the anger against the Singh regime remained undiminished, infighting among the top state leaders continued unabated and an aggressive and resurgent BJP maintained its dominance, despite the dumper, Vyapam and other scandals during chief minister Shivraj Chauhan's two-and-a-half tenures since he entered office in 2005.

Be that as it may, after Kamal Nath's statement, the question is whether Singh will toe his colleague's line or recast his strategy as he embarks from September 30 on a six-month, approximately 3,400 km parikrama or circumambulation of the 1,312 km Narmada river which flows through Chhattisgarh, Madhya Pradesh, Rajasthan and Gujarat - all going to polls in 2017-18. Significantly, nearly 1,077 km of the river is in Madhya Pradesh itself.

The only statement attributed to him was that it was for Sonia and Rahul to decide on who would lead the elections - a self-evident truth in the Congress. And though he did not, in any way directly, object to Kamal Nath's remarks, he did not endorse it either, choosing instead to fall back on the high command's wishes and decision. 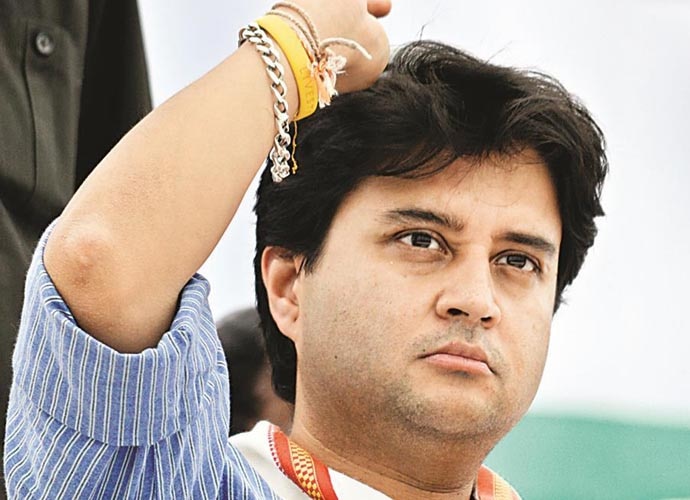 Kamal Nath has expressed his willingness to back his younger colleague Jyotiraditya Scindia.

Curiously, for Singh, Kamal Nath's backing for Scindia came barely hours after he had announced his Narmada parikrama - underscoring the pervading perception that his spiritual journey was actually a political exercise. The fact that the decision to traverse the region comes four months after Chauhan's six-month tour of the state only reinforces the belief that Singh was gearing up to challenge the incumbent chief minister while seeking to serve three other major objectives: use the exercise to rebuild, recast, renew his relevance in a rapidly changing socio-economic and political scenario and stage a comeback in the poll-bound state where he once held sway; underline his relevance and importance with Sonia and Rahul; and - depending on the fluid situation and the unfolding political scenario -signal his importance to other opposition leaders and parties as well.

Once considered close to the Gandhi scion, Singh gradually fell out of favour of his bosses who divested him of his charge in poll-bound Karnataka as a punishment for failing to install a Congress government in Goa even though the party had emerged as the single-largest in the assembly polls earlier this year.

Indeed, Singh's sojourn will take him across nearly half of the 230 assembly segments for which elections are expected towards the end of 2018 since the term of the current legislature ends on January 7, 2019. The parikrama will take him through a number of Madhya

So, what are Singh's options now? 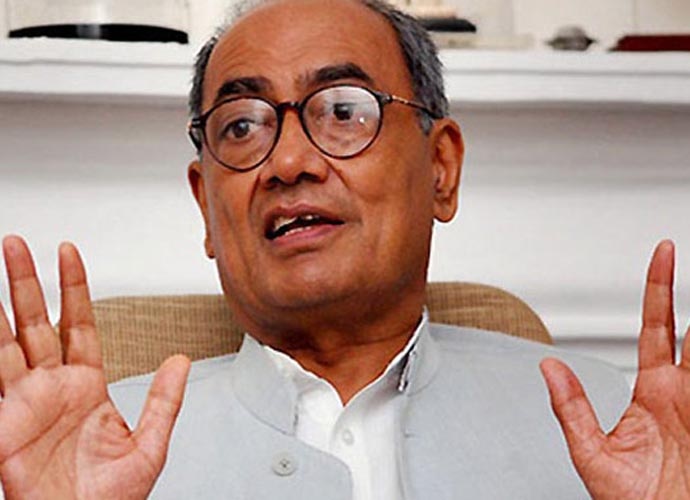 There is no denying that Digvijaya Singh is being hemmed in.

He can only bank on the fact that his intensive yatra will help him generate an atmosphere, link with his supporters, connect with the people and build a ground support that the Congress high command can ill afford to ignore. There are examples within the Congress where an extensive yatra has helped a leader carve out his own place. It happened, for instance, after YS Rajasekhara Reddy in 2003 went on a three-month-long 1,475 km padayatra that fetched him a handsome mandate in 2004 and left his party rivals like V Hanumantha Rao floundering. While Singh's yatra - like Reddy's outreach - will be within a limited geographic region, national leaders such as Chandra Shekhar or LK Advani had gone on a cross-country tour to create and mobilise support for themselves and their party.

There is little doubt that in trying to rebuild his base in Madhya Pradesh, Singh would also be trying to carve out a national role for himself that he could use within the Congress and/or outside the Congress in case of any exigency. This would, like many others in a similar situation, help him keep his options open especially if the political situation remains fluid and his marginalisation within the Congress continues. After all, many leaders once considered close to 10 Janpath had to make the critical choice when it came to rough times.

A case in point is Ajit Jogi, the former chief minister of Chhattisgarh, who created his own base in the state and set up his own outfit to fight the assembly elections. Whether Digvijaya, who has always been a Congressman, will have to make this critical choice remains to be seen.

But there is no denying that he is being hemmed in.

With Rahul poised to take over the mantle of Congress president from his mother, the party is preparing itself for a changeover in which a large chunk of the party's youth brigade will play a role in steering the organisation. Even though Singh, among other Congress leaders, has off and on spoken about the need for the younger leadership to assume decision making positions, he has never come out in support of Scindia. Also, he, like many others in the old guard are not quite sure where they would fit in within the organisation they have been associated with all along if the GenNext takes over completely. While things remain in a flux, Singh is using the time to try and bolster his image, reach and acceptability which, if he succeeds, can be used effectively at an appropriate and opportune time.

Also read: Why handling of BHU violence is evocative of Nazi Germany